The weeks have deceptively snuck away. October’s Diwali celebrations came, followed by November birthday surprises in Pune and a phenomenal Thanksgiving weekend organized by the AIF Mumbai crew. Christmas adventures are coming close, and talk of New Year’s is cropping up.

Projects at work took shape. Early November marked the beginning of Unit 3 in Akanksha’s schools and centers. Before long I found myself in a different school each day of the week, gathering students for surveys or observing classes. The weeks flew by and the days became characterized by the long, bone-rattling rickshaw rides that punctuate my mornings and evenings – with an occasional afternoon ride thrown in as well.

As my three-month mark in India approached, and then slide past, I felt the wonderful, terrifying newness of India dwindle. My days solidified into a comfortable pattern of routine and uncertainness. In a way, the chaotic nature of my daily schedule has become the routine. It’s a rare day when I spend the entirety of my working hours in a single location; it is much more normal for me to split my time between different schools and the office. 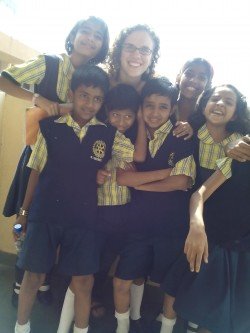 As a chronic scheduler in the US, India has forced me to relax and enjoy the fluidity of my days here. I may travel into the winding inner city to attend a single class, only to discover that the class has been canceled or rescheduled abruptly. I have sat cross-legged on the floor, chatting with a coworker, until we realize that half of a period has passed and yet the scheduled class has not come to the library yet. Learning to embrace these surprises and cajole teachers and school leaders into allowing me to fit my work – conducting surveys, interviews, and focus groups with students – into the normal school day has been educational and bafflingly amusing. The best-laid plans often come to naught, but the innovative rearrangements we create work just as well. 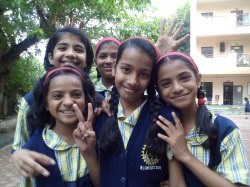 The adjustment to life in Pune has been gradual. In fact, it was almost unnoticeable until I started noticing goose bumps pebble my skin on my rides to work in the morning. Pune is well known for its lovely weather and, as a lifelong East Coast resident, I have often smiled inwardly at my coworkers’ comments regarding the onset of winter. But somehow, in the past three and a half months, 16 degrees Celsius (or 60 degrees Fahrenheit) has become cold, even to me. 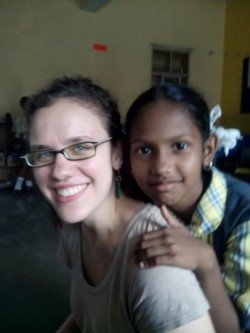 Jessica is a current Master's candidate at the Fletcher School of Law and Diplomacy where she focuses on economic development and NGO management. Jessica began her career as a Fulbright English Teaching Assistant in South Korea, where she taught 800 students per semester, designed curriculums for 10th and 11th grades, established an English program for disabled students, and mentored North Korean defectors living in Seoul. After returning to the United States, Jessica worked at the Nationalities Service Center, a refugee resettlement agency in Philadelphia, assisting their employment and human trafficking departments. She served at the Refugee Advancement Mentoring Program, which is designed to match highly trained refugees with American professionals who could help them transition into the workforce in Philadelphia. Simultaneously, Jessica also worked with victims of human trafficking as they readjusted to regular employment and participated in citywide efforts to promote anti-trafficking legislation. Most recently, Jessica worked with BRAC's Social Innovation Lab.