The American India Foundation is committed to improving the lives of India’s underprivileged, with a special focus on women, children, and youth.

In a country where extreme contrasts of wealth and poverty coexist in everyday life, we hear hopeful stories of India’s rise and rapid growth. Yet 800 million people – more than the entire population of Africa – live on less than two dollars per day in India.

Amid the tragic devastation caused by the Gujarat earthquake in 2001, President Bill Clinton and Prime Minister of India Atal Bihari Vajpayee recognized the need for a philanthropy platform that would connect the world’s two largest democracies and provide a trusted bridge for meaningful participation in India’s democratic and economic growth for both Americans and Indians. The American India Foundation has since built on this vision and created countless opportunities for India’s poor to live successful, productive lives while creating impactful change at an unprecedented scale, changing the lives of more than 8.4 million of India’s less fortunate. 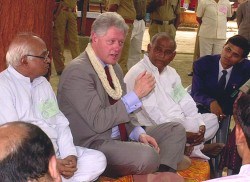 “AIF plays an ever important role in bringing together Americans and Indians to become active contributors to India’s development. By supporting the AIF bridge, you are not only helping AIF remain a bastion of opportunity for the country’s poor, but also helping its democracy to thrive and flourish.”
– President William J. Clinton

From the very beginning, our founding members understood that the sheer magnitude of the task ahead would require the collective will, knowledge, and participation of all sectors in society. By engaging with a staggering range of stakeholders from young Americans and leading philanthropists to grassroots NGOs and government agencies, AIF has evolved to be more than a philanthropic organization over the last decade – it has become a social ecosystem designed upon principles of trust, transparency, and partnership, bringing people from all walks of life together in a movement to better whole communities and transform India into a more open, equitable, and vibrant democracy. In order to meet India’s long-term development challenges, we’ve realized the need to be responsive, open, and adaptable to rapidly changing needs on the ground and listen closely to the voices that often go unheard. AIF’s programs have an emphasis on inclusive models that focus on the unique needs of girls and women to achieve gender equity as a basis for sustainable change.

Even though our solutions are intended to create large-scale change across the country, they begin and end with real people. A young girl forced to drop out of school and toil for eighteen hours a day, laying bricks in oppressive desert heat and walking for miles every day to fetch and carry water on her head for the family within a makeshift tent. An impoverished family migrating to a big city in search of opportunity. The husband and father of five children with no option but to take up a menial job as a transit operator, subject to exploitative conditions, bribery, and harassment.

You can make a meaningful difference in the lives of individuals like these. We invite you to get involved, learn more about their stories and our approach to creating lasting impact for the less fortunate in India. 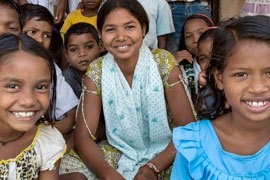 AIF’s core values are aligned to catalyze social and economic change for the most underserved communities in India to help individuals realize their full potential. We aim to help create an India free from poverty, one in which everyone has access to affordable education, health care and livelihood opportunities. 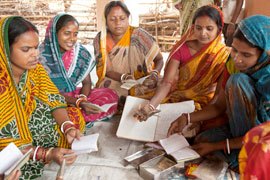 AIF is a private, nonprofit, nongovernmental organization. We ensure that every dollar contributed is used as efficiently as possible to maximize impact and catalyze sector-wide changes across India and uplift some of the country’s most impoverished communities. 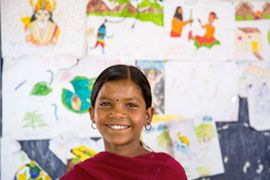 AIF has raised more than $118 million and impacted some 12.9 million lives from across 26 states of India. Learn more about the people who make this a reality—our Board of Directors, Trustees, advisory councils, and international team of development professionals. 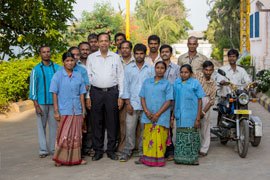 Our model is built on the principle of partnership to achieve maximum impact and reach. We are proud of our national network of 293 NGO partners, and our many corporate and foundation partners, in our journey to create and equalize opportunities for India’s citizens.