“Hey, Dominique. It’s Pranjal. We’re at their office. Should we go inside?” My heart fluttered. The surveyors had indeed beaten us to the site. “Yeah, Pranjal. Go ahead. They have a room you can wait in. We just hit the ground and will head straight to you.” Sleepless, greasy, and still in our travel clothes, we made a bee-line to the organisation’s Headquarters. Our flight had been delayed 17 hours (in 2 hour increments) and the schedule for the next 10 days would allow limited additional delays. Suitcases in hand, we met the survey team, staff, and Board members, and proceeded with Key Informant Interviews (KIIs).

Along with a senior colleague, I had travelled to southern India to assess the impact of a microfinance scheme on tribal Self-Help Group (SHG) borrowers (for additional information on SHGs and how they operate in India, refer to entry Self-Help Groups: an Overview). My host organisation was hired by a tribally-focused Finance Development Corporation (FDC) operating under the purview of the Ministry of Tribal Affairs. Specifically, the FDC required an assessment of a Microfinance Institution (MFI) partially capitalized through loans from the FDC. We were tasked with identifying the impact of loans made by the MFI to tribal SHG members, and the degree to which earmarked funds were reaching the target population. Our findings would help inform whether the scheme was expanded to additional states.

The assessment consisted of a mixed-methods case control study that examined the flow of credit to tribal borrowers and the impact therein. We surveyed approximately 700 women across four districts and 10 villages. My colleague and I, along with a five-member survey team, conducted the assessment. At least one staff member from the MFI accompanied us at all times, which proved very important. KIIs of MFI staff and Village Organisation (VO) leaders and a survey of 603 borrowers (the beneficiary group) and 83 non- borrowers (the control group) took place over a span of 10 days. We also physically inspected 50 assets purchased using loan funds. Units were selected on the basis of logistical feasibility and availability of beneficiaries. Finally, we conducted unstructured interviews of select beneficiaries for the purpose of obtaining success stories. Despite a bumpy start, our field work went superbly.

Impressions from the Field

We administered our survey at community meetings. At the request of MFI staff, VO leaders convened gatherings in each village of beneficiaries and non-borrowers alike. Approximately 50-100 women attended each of the meetings. To avoid conflicting with day labour or agricultural work, we held the meetings twice daily- once in the morning and once in the early evening. Such sessions began with a welcome and brief introduction. Therein, our field team commenced with surveys. Meanwhile, my colleague and I conducted focused group discussions with SHG, VO, and Panchayat leaders. We reviewed SHG accounts, sought feedback on what was working and what was not, and solicited suggestions for success stories subsequent home visits. The MFI’s strong relationships with community members enabled us to conduct our work unhindered by skepticism, apprehension, or lack of interest (elements that I previously encountered during survey work in the US).  We walked straight into the communities and had hundreds of sensitive conversations to no reproach. The MFI staff also aided in logistics; their familiarity with the villages and sites proved crucial to completing our tight agenda.

The communities thoroughly welcomed our team into their villages and homes. The leadership, beneficiaries and non-borrowers all greeted us with warmth and openness. As the sole woman in my field team, my reception was different than that of my co-surveyors. Specifically, several elderly women tried to keep me. One attempted to paint my fingernails. I was given no choice but to dance, and to love it. [Excellent dance moves here]

On the other hand, I selected my team members primarily for their fluency in Telugu. Their language skills enabled nuanced discussions with the beneficiaries. Through their survey work, they engaged in detailed conversations about socioeconomic realities- about the challenges of being a rural, tribal woman and the impacts of microfinance therein. I, on the other hand, utilized translators and captured fewer, briefer stories. Yet, expressed to me clearly and consistently (if non-verbally): these women were excited to talk about a pro-woman initiative, and their businesses. In a space established just for them, to another woman from another space. I was too.

My encounters in the field renewed my belief that systemic, sustainable development is possible.Microfinance is an important tool in enabling those at the bottom of the economic pyramid to improve their lives. And its promise is not overblown. My time with the SHGs  proved to me the scope of change that is possible through responsible capitalization of low-income women. I met hundreds whose lives were improved through loans of 30,000- 50,000 INR. I saw their investments- crops, kirana shops, and tailoring businesses. I saw their smiles and their pride at being business owners. And, through our study, I quantified the impacts in terms of development indicators. As I will detail in Adivasi Access: the Impact of Microfinance on Tribal SHGs in Southern India (Part 2: Study Findings), the impacts are profound.

Dominique is serving as an American India Foundation (AIF) Clinton Fellow with the Indian Institute of Corporate Affairs in Gurugram, Haryana. For her Fellowship project, she is studying the national indicators for aspirational districts, identifying possible investment areas for corporate social responsibility, and creating a framework for corporate engagement. Dominique graduated with a Bachelor’s in political science in 2013 and a Master’s in community development and planning in 2015. With focuses in comparative politics and economic development, she went on to serve six years as a regional community development planner. As a principal planner with the Central Massachusetts Regional Planning Commission, she built and managed a program to shepherd communities through state initiatives, coordinated comprehensive planning efforts, and led a variety of community engagement and economic development initiatives. In this role, she also served as a municipal circuit rider, staffing town planning and economic development offices. Prior to her career in regional planning, Dominique worked in the private sector and completed government internships at the local, federal, and quasi-governmental levels. Her mission is to build pathways out of poverty using economic growth as a vehicle for social and economic opportunity. Through the AIF Clinton Fellowship, Dominique will be working on corporate social responsibility projects. She is excited to develop a broad knowledge of India’s development ecosystem, gain new tools and perspectives in community development, and contribute to initiatives serving under-resourced areas and populations. 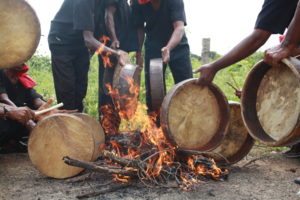 Dancing to the Beat of Their Own Drum 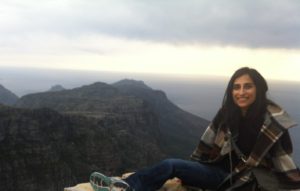