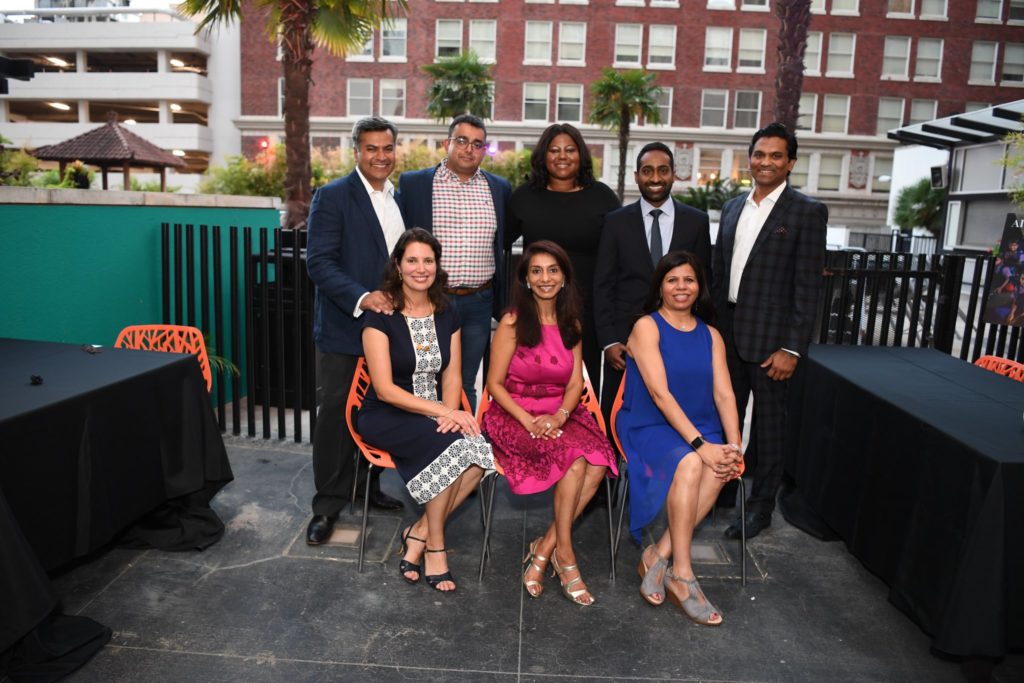 The evening celebrated the launch of AIF’s Texas Board which features leaders in business and philanthropy from across Texas who are dedicated to India’s development and cross-cultural exchange between India and the United States. The board launch represents a key milestone in AIF’s mission to engage, educate and mobilize the Indian diaspora, and those dedicated to India’s development nationwide.

Sumitra Mahato, a community health worker with AIF’s Maternal and Newborn Survival Initiative (MANSI), traveled all the way from her rural village in Jharkhand, India to join the event and give remarks. After receiving MANSI training, and capacity-building support, Sumitra has saved the lives of many babies and young children in her village, managing cases of pneumonia, hypothermia, asphyxia and other critical conditions.  Remarkably, there have been no maternal or child deaths in Sumitra’s village, Krishnapur, in the last five years, which is tragically rare in such rural and last-mile geographies. She has earned special recognition in her community and is a source of inspiration to the families she cares for.

MANSI is a public-private partnership that reduces maternal and child mortality, predominantly in remote rural and tribal areas of India. MANSI provides preventative and curative care for mothers and newborns from individual households to government health facilities. It ensures new mothers and infants have the care they need to prepare for, survive, and thrive during and after pregnancy. Its goal for the next five years is to work with state governments to scale up its reach and impact to 10 million people in the remotest regions of India.

The American India Foundation is committed to catalyzing social and economic change in India, and building a lasting bridge between the United States and India through high-impact interventions in education, livelihoods, public health, and leadership development. Working closely with local communities, AIF partners with NGOs to develop and test innovative solutions and with governments to create and scale sustainable impact. Founded in 2001 at the initiative of President Bill Clinton following a suggestion from Indian Prime Minister Vajpayee, AIF has impacted the lives of 5.6 million of India’s poor.