New Delhi [India], December 17 (ANI/BusinessWire India): The American India Foundation (AIF), in collaboration with Atlas Corps, is renewing its commitment to strengthening ties between India and the United States through leadership development by launching an additional leg: The AIF Banyan Impact Fellowship for service in the United States.

Originally launched in 2001 with a focus on service in India, the dynamic Fellowship program has seen numerous evolutions over the last 20 years, including being named the AIF William J Clinton Fellowship in recognition of the former U.S. President’s role in establishing the program.

This collaboration also marks milestone years for both organizations as the American India Foundation celebrates its 20th year anniversary and Atlas Corps celebrates its 15th.

The AIF Banyan Impact Fellowship aims to enhance the leadership skills of emerging Indians and American leaders by fostering civic development and creating a lasting partnership for positive change in India and the United States. In partnering with Atlas Corps and in their mission to address critical social issues through strengthening organizations, developing leaders, and creating a network of global changemakers, the AIF Banyan Impact Fellowship will support 5 Indian Fellows annually, starting 2022 through its U.S. service-focused program.

“Building a stronger bridge between the U.S. and India is a core part of AIF’s mandate. AIF’s Fellowship Program has been contributing towards this mandate for the last 20 years. As the program ventures into the upcoming decade in a new avatar, ‘The Banyan Impact Fellowship’, we are adding new strategic elements of U.S-based service and global engagement, in partnership with Atlas Corps. This renewed and expanded commitment of AIF towards strengthening U.S.-India ties will help shape the next generation of leaders in the U.S.-India corridor that strive together to build a better world,” shared Nishant Pandey, CEO of the American India Foundation.

The Virtual Leadership Institute is an online leadership development program that focuses on the three themes of developing self, developing others, and leading movements, while also strengthening connections between the AIF Fellows and the global Atlas Corps Community. This five-month online program includes sessions with keynote speakers, interactive workshops, self-led activities, discussion groups, and community-building activities with U.S. organizations and leaders. Participants, also known as Scholars, will also work on individual leadership projects that benefit the communities or organizations where the Scholars work.

In addition, the AIF Banyan Impact Fellowship participants who participate in either the Virtual Leadership Institute or the Blended Fellowship will become members of the broader AIF Fellowship family with more than 500 alumni as well as the Atlas Corps Community of more than 1,100 social change leaders from 110 countries.

“Atlas Corps is honoured to collaborate with the American India Foundation and to welcome the AIF Banyan Impact Fellowship community to our global network. Today, our world needs young professionals equipped with leadership skills for the future of work and connected to one another. This collaboration also builds on 35 years of experience – two milestones of 20 years of the American India Foundation and the 15th Anniversary of Atlas Corps,” said Bidjan Nashat, CEO of Atlas Corps.

The application period for the Fellowship is now open until January 31, 2022. For more details or to submit an application, please visit aif.atlascorps.org 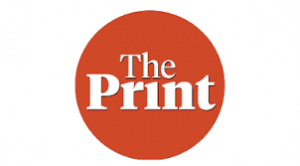 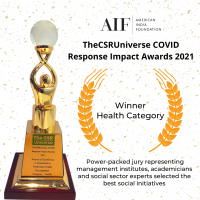