The American India Foundation (AIF) announced today that it has received the highest ratings from leading independent rating agencies in the USA, GuideStar and Charity Navigator.

“We are honored to be named a top-rated non-profit in 2019,” says Nishant Pandey, AIF’s CEO. “This rating is particularly meaningful to our supporters, who inspired us to be even more committed to advancing AIF’s mission. It highlights our impactful work and effective leverage of funding, while providing assurance to donors regarding their investments.”

GuideStar’s 2019 Platinum Seal of Transparency, the highest level of recognition from GuideStar, and Charity Navigator’s 4-Star rating, also the highest level from America’s largest independent charity evaluator, are a strong endorsement of AIF’s commitment to transparency and accountability as well as its robust organizational health.

AIF earned GuideStar’s platinum level rating by sharing in-depth organizational and financial information and metrics, including strategies, capabilities, results and progress towards its mission to catalyze social and economic change in India in a socially responsible manner.  GuideStar connects people and organizations with data on 2.7 million current and formerly IRS-recognized nonprofits.

For the second year in a row, AIF also received a 4-star rating from Charity Navigator, which rates organizations on a zero to four scale, with only the most fiscally responsible organizations being awarded 4 stars.

According to Michael Thatcher, President and CEO of Charity Navigator, AIF’s 4-star rating indicates that the organization adheres to sector best practices and executes its mission in a financially efficient way.  Attaining this rating verifies that AIF exceeds industry standards and outperforms most charities in its area of work. 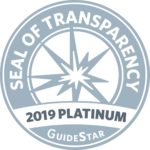 About the American India Foundation
The American India Foundation is committed to catalyzing social and economic change in India and building a lasting bridge between the United States and India through high-impact interventions in education, livelihoods, public health, and leadership development, with a particular emphasis on empowering girls and women to achieve gender equity. Working closely with local communities, AIF partners with NGOs and government to develop and test innovative solutions and with governments to create and scale sustainable impact. Founded in 2001 at the initiative of President Bill Clinton following a request from Prime Minister Vajpayee, AIF has impacted the lives of 5.6 million of India’s poor in 24 states.