Imagine if your language, history, cultural identity, and way of life were at risk of disappearing forever. What would life be like for your children and grandchildren?  For many Scheduled Tribes in India, this is becoming the reality. The rapid industrialization of India, the growth of large scale agricultural land ownership, and the growth of wildlife sanctuaries are leading to the displacement and disappearance of many traditional tribes and cultures. One tribe falling prey to this phenomenon is the Korku tribe of Maharashtra and Madhya Pradesh (Individual Scheduled Tribe Primary Census Abstract Data and its Appendix). My recent experience with the Korku tribe illustrates the rich history of the Korku.  Moreover, my experience underscores the value of the Turn Your Concern into Action (TYCIA) Foundation work in the region. This blog will give a brief insight into the history of the Korku tribe, talk about work that the TYCIA Foundation is doing with the Korku tribe, and reflect on a special experience I had with a Korku tribe elder. 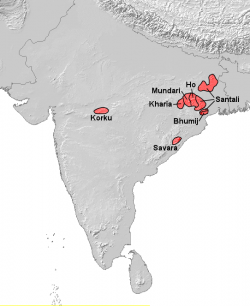 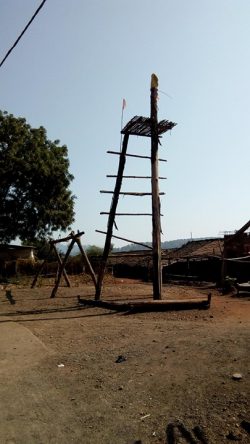 The Korku tribe is a Scheduled Tribe that has occupied the Indian subcontinent for many millennia (“Korku,” Britannica Concise Encyclopedia). Scheduled Tribes are tribes that were deemed by the British as backwards due to lifestyle, customs, and beliefs. During the signing of the Indian constitution of 1950, backwards tribes were re-designated as Scheduled Tribes (“Korku,” Britannica Concise Encyclopedia).  The Korku occupy small areas of south-central Madhya Pradesh and northeastern Maharashtra. Although the exact age of their presence is unknown, it is speculated, based on their language and genealogical features, that they predate most of the Dravidian speaking groups of Central India. The Korku are being described as having rich, dark skin, full lips, broad noses and black hair that is either straight or curly. They are small in stature.  The Korku language comes from the Munda family of languages which are Austroasiatic in origin (The Korku Tribals). Only a handful of people groups speak Munda languages in India. The bulk of these groups live in Eastern India. The Korku are somewhat of a rarity in Central India. For millennia, Korku were hunter gatherers who practiced animistic forms of worship (“Korku,” Britannica Concise Encyclopedia). Traditionally, they were not warring people. However, as wave after wave of invaders swept through the Indian heartland, the Korku either relocated or submitted to the invading forces. Consequently, they adopted and assimilated to the beliefs of external invaders. Over time, Korku abandoned hunting and gathering, and developed agricultural practices. Additionally, the Korku largely adopted the Hindu belief system (Fuchs, The Korkus of Vindhya Hills). To many other Hindus, Korkus are considered low caste, and maintain dietary and worshipping traditions that are deemed unacceptable. Instead of adhering to a Brahman religious leader hierarchy, Korkus employ their own priests and spiritual shamans. Korku Hinduism still retains a large degree of animistic influence.

Today, most Korkus are agriculturalist. The Korku have maintained an agricultural tradition that dates back thousands of years. At one time, Korku instituted both sedentary and slash-and-burn agriculture, but now they are primarily more sedentary agriculturalists. The Korku traditional agricultural technique uses a methodology that lightly stresses the soil and utilizes less water (“Korku,” Britannica Concise Encyclopedia). Consequently, they have been able to live in areas unattractive to invaders. The Korku’s longevity is a testament to their fortitude, and creates a compelling reason for the TYCIA Foundation to partner with the tribe to support their efforts. 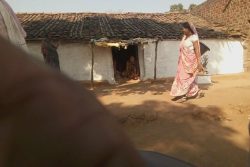 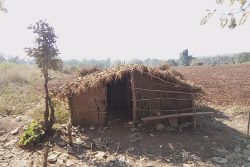 The TYCIA Foundation partners with the Korku to implement a project called SocioFarm. SocioFarm works with Korku farmers in the Satpura forests of Madhya Pradesh. The mission of SocioFarm is to help provide Korku farmers access to water, storage, technology, and training for better farming yields. SocioFarm endeavors to assist the Korku in maintaining traditional values in the face of industrialized farming. Rather than replacing traditional farming techniques, SocioFarm supplements traditional techniques with efficient, modern methods. 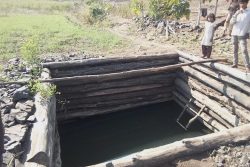 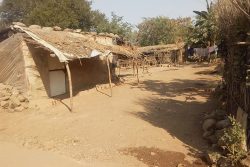 In November 2017, I visited Madhya Pradesh and observed the work TYCIA is doing with local farmers. TYCIA’s work comes at a time of particular hardship for the farmers. In 2017 Southern Madhya Pradesh received far less rainfall than normal. Consequently, farmers experienced a much smaller yield. TYCIA partners with farmers to assist in seed planting and management. Additionally, TYCIA is introducing farmers to modern techniques such as solar water pumps to avert disaster during times of little rain. I work alongside my mentor and senior advisor, Mohit Raj, to create a new Standard Operating Procedures (SOP) manual for Korku Farmers. In the new SOP, TYCIA will revamp and revise the best method of farming in the Korku villages. The new manual will teach about sustainable soil, seed, and harvesting techniques. Additionally, the manual will also make updated revisions on current practices. To identify best practices, I queried farmers to describe typical challenges faced by many farmers. I learned about Korku life in general, and traditional values in particular. While searching for methods to create the manual, I traveled to and observed different farms in Madhya Pradesh to understand the challenges farmers face. Through my exploration, I learned so much about Korku life, traditions, and values. Seeing their rustic homes constructed of earth, wood and cow dung really transported me to a place of times past. Entire villages live their daily lives with no electricity nor running water. Although they lack modern conveniences, villagers are rich with joy in their daily lives. I felt a deep connection with the joy of the people in the villages. My research resulted in valuable insights and information for the SOP manual. Although the bulk of my work consisted of gathering information for the SOP, the experience that stuck with me most was a discussion I held with a farmer and community elder named Kalluram Manpua. 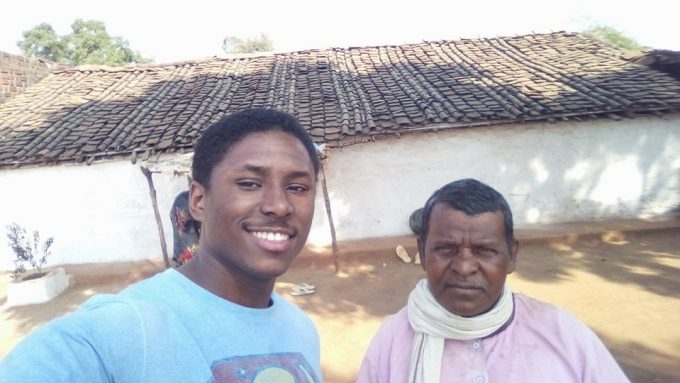 During my visits to the villages, I traveled with my translator and SocioFarm co-founder, Tausif. His invaluable assistance made it possible for me to effectively communicate with local farmers. One of my most inspiring conversations was with a village elder we wanted to work with through SocioFarm. The elder had a modest home with no doors, dirt floors, and constructed of wood, grass and cow dung. The elder shared his desire to unify fragmented Korku villages, and identify legal advocates to help with cultural and land preservation. While this is certainly an ambitious goal, it may prove to be very difficult for the Korku. Few Korkus have education beyond 8th grade standard. Despite the language barrier, I was impressed with the elder’s commitment to improving the lives of villagers. During our conversation, I had the privilege of observing the elder’s wife, niece and grandson. It was obvious they also are committed to improving the daily lives of villagers. As we prepared to leave, the elder shook my hand, and gave me a warm embrace. While we were unable to converse without Tausif, we certainly made a connection, and he made an impression on me that I will never forget. It is my hope that this blog and my efforts will bring attention to the plight of the Korku.

SocioFarm makes an outstanding contribution to the poor and disenfranchised in India. Their work with the Korku, in particular, may be the key to preserving an ancient cultural, and all the value it brings to modern-day India.

Tod is a 2016 summa cum laude, Phi Beta Kappa graduate of Morehouse College. While at Morehouse, Tod received an International Studies degree with a minor in Mandarin Chinese. Tod received the highest average in his major, and was a member of the Morehouse College Honors Program. Tod has traveled extensively both during and after college. Countries traveled include China, South Africa, Zimbabwe, Brazil, Israel, Greece, and Denmark. Tod is a 2015 Charles B. Rangel Scholar, and a 2015 Oprah Winfrey South African Leadership Program Fellow. As a 2015 Oprah Winfrey South African Leadership Fellow, Tod worked alongside various South-African non-profit organizations to spread awareness about HIV/AIDS prevention. In 2016, Tod served as a Humanity in Action Copenhagen (HIA) Fellow. As a HIA Fellow, Tod partnered with the Danish non-profit Grace KBH to advocate for and provide services to economic migrants who were primarily of Syrian, West African, and Roma descent. Tod’s time in Denmark concluded with him and other Fellows presenting a brief to Danish government and civil society leaders highlighting the social, economic and intellectual capital of migrants. After returning to the United States, Tod worked in the Montgomery office of US Congresswoman Terri Sewell providing case services to constituents in the United States, State of Alabama’s 7th district. Alabama 7th district is the state’s poorest district, and is comprised mainly of African-Americans. In his free time, Tod enjoys kayaking, archery, traveling, reading and spending time with his friends and family.