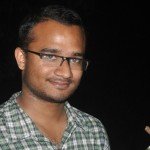 Highlights: As a Communication post graduate Meraj grew an interest in using Communication as a tool for social change. As a part of his internship he worked with the DD News, New Delhi- India's National News Channel. For about half a year he worked as a rookie Sub-editor for an English daily SENTINEL, which is published simultaneously from Assam and Meghalaya. In 2009, Meraj joined National Rural Health Mission, Assam as a Media Expert. During his 4 years service under the National Flagship Programme he served in two districts of Assam viz. Udalguri district under tribal belt of the Bodo Territorial Council and Morigaon district on the bank of mighty Brahmaputra. As a Media Expert, he was involved in planning strategies, implementation and monitoring for Maternal Health, Child Health, Adolescent Health and School Health programs, also family planning initiatives, capacity building of grassroot health workers/ activists, vertical health programs of Government of India at district level viz. NVBDCP, NLEP, RNTCP,etc. During his service in Udalguri district which is one of the high Malaria Endemic districts of Assam, he contributed towards developing strategies for health advocacy for prevention of the vector borne disease specially bringing the health advocacy for Malaria prevention and EDPT to school children. In Morigaon district, which is a highly flood prone area and has high growth rate in the minority community, he was involved in flood-relief activities specially for prevention of disease outbreak in affected zone and management of ensuring health service to the people of the affected areas. As a part of his job profile he was also involved in partnership activities with other govt. dept./projects like Social Welfare-ICDS, Education- SSA, PHED, Zila parishad-PRIs and also partnership with MNGOs and FNGOs , supporting activities of iNGOs like Oxfam, Operation Smile, World Vision. Meraj also assisted implementing a mental health pilot project in Morigaon under the Public Health Foundation of India, New Delhi. He believes in new age Gandhism though he is a non-vegetarian and also believes that someday he will set a mark in advertising and marketing. In future, his secret interest lies in spreading happiness and initiating a social health enterprise focusing of selling health advocacy to those who need it at and can afford it, at the same time helping those who cannot afford it but needs it the most for one simple reason- prevention is better and also 'cheaper' than cure.

No posts by this author.