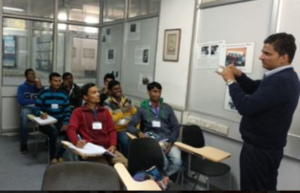 29-year-old Sudhanshu Yadav suffers from hearing and speech impairment (75%). He is currently working as a soft skills trainer in the SNS Foundation and has been an alumnus of the same course which he is teaching right now. Being born in a small town in UP, Sudhanshu’s childhood was full of struggles and challenges due to his disability and the financial difficulties faced by his family.

As a child when he did not respond to any noise in his surroundings, his parents refused to acknowledge the possibility that he could be deaf. They instead pushed him to speak like normal kids. Therefore, he somehow learnt to lip read and speak a few words in his early childhood, but as he grew up he was exposed to a community of people like him and learnt about sign language. Sign language helped him communicate with far more ease.

In the year 2000, while he was still studying in 6th standard, his father passed away and the family lost its sole bread earner. It became very difficult to sustain the household expenses and even his mother started keeping ill. It was only in the year 2004 that his brother found a stable job as an accountant in the Department of Agriculture and the family’s financial conditions improved slowly. It was due to his brother’s moral and financial support that Sudhanshu enrolled in Bajaj Institute of Learning and vocational training for the deaf in Dehradun. After completing his schooling, he went on to obtain a B.A. Degree in Applied Sign Language Studies from the University of Central Lancashire (UCLAN), UK (a 3-year degree course jointly offered by UCLAN and Indira Gandhi National Open University (IGNOU), New Delhi). 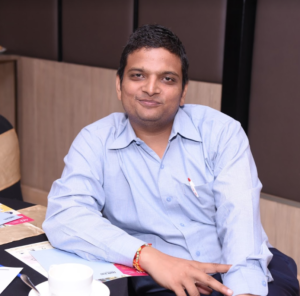 Despite completing his basic education, Sudhanshu couldn’t find a job. He completed a 60-day training program run by AIF’s Ability Based Livelihood Empowerment (ABLE) program. The program focused on teaching inspection and packaging skills along with personality grooming sessions. Sudhanshu performed extremely well and wanted to increase his knowledge base beyond sign language. He acquired computer skills such as Microsoft Office (word, excel, power point), Adobe Photoshop and Video Editing).

After a brief stint at the Bikano chat café, Sudhanshu finally joined SNS Foundation as a soft skills trainer since October 2017. Each of his colleagues at the Foundation find Sudhanshu to be an extremely kind and jovial human being. In his soft skills sessions, Sudhanshu teaches his students with the help of videos on various aspects of workplace behavior. He confidently accompanies his students for workplace exposure visits and job interviews. The zeal and passion that he has towards his job is evident from the fact that he has travelled across India and interacted with people with hearing impairment to take up professional courses. He also interacts with people with hearing and speech impairment from America and other countries over video calls. 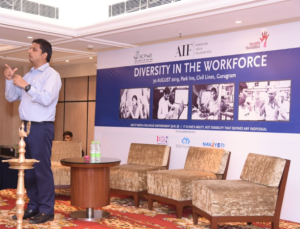 Throughout his journey, his family has been a source of constant support and motivation for him. They were worried about his future but now that he has secured stable employment opportunities, his family is extremely happy and proud of him. He got married in February 2019 with a peer who belonged to his group of common friends.

A year-end gift of $500 will be put into action immediately to create lasting change and create employment for 10 persons with disability.

Thanks to contributions from donors like you, Ability Based Livelihood Empowerment [ABLE] has:

Every day, your support makes stories like Sudhanshu’s possible.

Wishing you and yours a joy-filled holiday season. 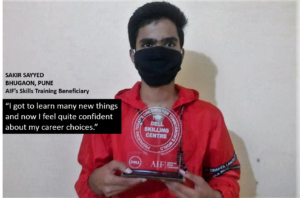 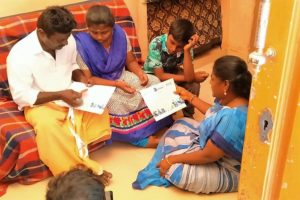