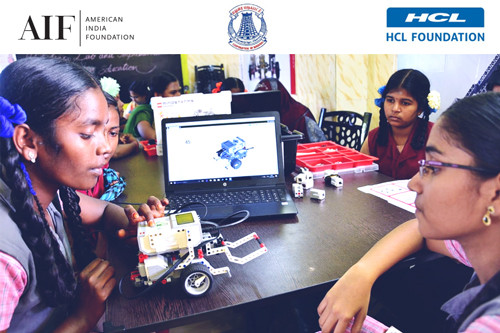 An AIF Partnership with HCL Foundation and Madurai Corporation

Public schools in India have been grappling with the challenge of engaging with technology as a tool for teaching and learning in classrooms. Could the introduction of Robotics bring about changes in learning gaps?

Last month, AIF and HCL Foundation launched Robotics labs in five Madurai Corporation schools, impacting 60 teachers and 2,551 students. There is considerable anecdotal evidence that students respond well in subjects that involve robotics such as science, mathematics, and engineering. Students learn how to persist and solve problems, preparing them for a future through creativity.

The first robotics lab was set up by AIF’s Digital Equalizer program and Madurai Corporation in January 2019 in Thiru Vi Ka Corporation Higher Secondary School, Madurai. Three students V. Heena Shree, R. Dhivakar, and M. Sailes participated in the World Robotics Olympiad held later in the year. At the competition, teams representing schools from South India were asked to assemble, program, and calibrate their robots. The team from AIF’s school received appreciation certificates for their participation from the CEO of Madurai Corporation, Mrs. P. Vijaya. 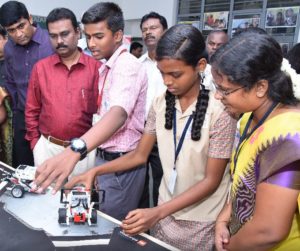 Based on the success of the first Robotics lab, five more Corporation schools were selected for the setting up of labs with support from HCL Foundation. Robotics helps to address the growing demand for teaching STEM subjects in schools, and students learn how these subjects link together. By having to control a physical robot and seeing what goes wrong, students learn what robots can and can’t do.

STEM-focused disciplines are traditionally male dominated. In India, we can begin to change that by engaging school girls with robotics and technology. When girls realize that they can build and program robots, they are empowered to create innovations in technology and have successful futures.

AIF’s Digital Equalizer program has impacted close to 4 million students, 150,000 teachers, and 13,000 schools in 15 states till now. The program is a three-year intervention focusing on improving the capacity of the teachers in delivering high quality instruction and ensuring that it impacts each student in the intervening grades. The Robotics lab will serve as the incubation center for the corporation school students in developing their creativity and 21st century skills. There is no doubt that there will be a future need for people to be involved in programming mechanical devices. Through AIF’s robotics interventions, students can discover if they have an aptitude and interest in a job market of the future. 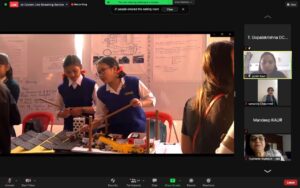 Circle of Hope – From one group of women to another