Just the other day I arrived at the office to find a pile of faux-leather handbags strewn across the floor. Around the pile sat several women in Saris carefully applying brown paint onto a design printed on each bag. I picked up one of the finished products and was able to make out, underneath the fresh paint, an image of a woman holding a female condom with “Pleasure, Power, Respect” written underneath.

“Why are they painting over the design?” I asked one of my colleagues.

“Because we want to sell the bags to women in the community and they don’t like what it says. No one will buy them like this.”

“They’re embarrassed of it?” I asked.

“Huh, yes,” he responded with a smirk.

The early days of the AIDS pandemic taught us a costly lesson about the harms of sexual conservatism. Across the world, AIDS ravaged entire communities of sex workers and networks of men who have sex with men. Bureaucrats and the public alike cringed and giggled at talk of condoms and lubricant; almost as much as they condemned their lifestyles. But eventually, it was the activists, epidemiologists and health workers—tired of attending funerals and losing friends—that convinced enough people to engage in frank discussions about sex in the interest of saving lives.

It was this approach that led to significant reductions in HIV transmission in several countries. In Brazil, people dressed as enormous condoms paraded through Carnaval; and in Thailand, outdoor games that involved inflated condoms were introduced in villages. It desensitized the public to sex enough that it enabled a rise in condom use and the provision of progressive sex education. 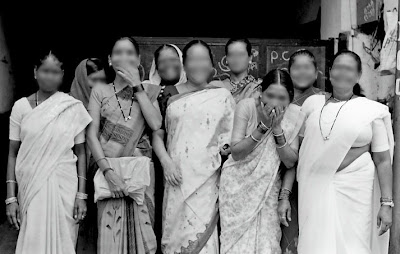 Sex workers, however, face the additional challenges of abuse, exploitation and stigma-induced neglect. For this reason, several interventions in red light areas around the world paired discussions about sex with efforts to promote empowerment, human rights and the right to sex work. Before long, this “empowerment” model became one of many sacred cows in the field of global health; sacred cows that are, of course, never to be challenged. And so guidelines, pamphlets, t-shirts and handbags produced everywhere from Geneva and Bangkok to Washington D.C. and Stockholm were exported to red light areas in poor countries across the world. It became disadvantageous over time (especially with regards to fundraising) to resist these sorts of efforts.

I arrived in India six months ago a proponent of this school of thought. While I continue— perhaps even more than before—to appreciate the harms of sexual conservatism and moral policing, I have learned what a disservice to the community it could be to hush dissent, even when it dares to challenge a sacred cow.

Those handbags, cleansed of their provocative messages, were not the first example of this happening. Months ago, a popular organization focused on promoting the right to sex work visited Saheli to conduct a workshop on how to be more economically productive as a sex worker. The idea of promoting sex work so forthrightly horrified several of the attendees and the organization was never invited back.

Community participation is another sacred cow in global health, one that I am committed to furthering. And representativeness in programming, one of the purposes of ensuring participation, is achieved only through embracing community perspectives, diverse or unexpected as they may be.

The truth is that there are sex workers that are ashamed of what they do and embarrassed by the topic of sex. They may have been trafficked into sex work or simply pressured to enter the trade due to financial need; and because of stigma, illiteracy and debt bondage, leaving the trade is only a distant possibility. 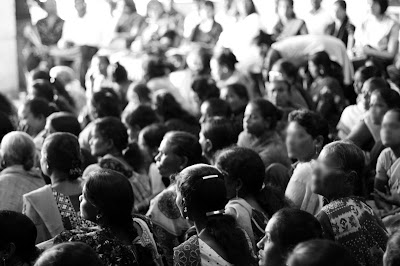 This is why exporting empowerment in this community hasn’t worked. For one organization to represent a thousand sex workers is a daunting task, especially when where one stands on the issue is subject to an immense range of individual experiences. The controversial nature of sex work seems to have polarized debate. And when one side is poor and disenfranchised, power dynamics inadvertently silence dissent. At the end of the day, anti-prostitution arguments appear nuanced while “the sex worker perspective” appears simple.

As satisfying as it would have been to find myself at an organization committed to protecting the right to sex work, I am grateful for what I have learned at Saheli. And for all the community’s ideological divisions, it is united against AIDS. The challenge of AIDS drove the community to collectivize in 1996; and through it still lies an opportunity to improve the health and human rights of the community.

But until health and social welfare organizations discover a way to promote respect for individuals’ choices without compromising those with little choice in the matter, “empowerment handbags” will continue to be censored. 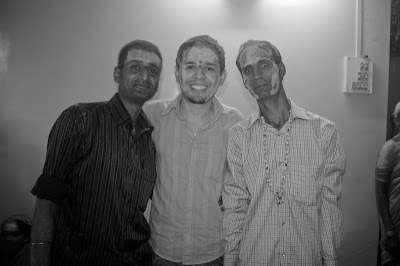