For Manish Methai, co-founder and co-lead of Pan-Asians@SAP, the cross-cultural reference for Diwali would be that it’s almost like Christmas. The season of spending time with family and friends, taking care of yourself, letting go of negativity and most importantly, giving back.

Manish was involved in the founding of the AIF Young Professionals (YP) chapter in Seattle three years ago. Inspired by that experience and the community he found among peers, he later co-founded the Pan-Asian employee network group at SAP with Nethra Murali and Sandeep Voona. The group promotes inclusion, empowerment, and appreciation of all Pan-Asians, cultivating a sense of belonging and community in SAP’s diverse workforce. When it came to this year’s Diwali, Manish was eager to bring these two groups together to celebrate the festival of lights and to talk about giving back. On November 19th, 2020, Pan-Asians@SAP thus hosted a cultural appreciation event with two speakers from the AIF YP universe, and with the current co-leads of the AIF YP Seattle chapter. Nethra Murali, the co-founder and co-lead of Pan-Asians@SAP also supported the event and moderated the Q&A.

Manish kicked off the virtual event with a brief introduction of Pan-Asians@SAP and of the AIF YP Seattle, followed by the speakers.

The first speaker for the day was Ashika Kalra, Chief Of Staff at First Round Capital, and Founder and CEO of The Vidya Project. Ashika was born in India, but grew up in Chicago and has been living in New York for the past 10 years. She recalls her experiences growing up as an Indian-American and the struggles it brings. For her personally, service was a way to connect with her culture and community. She grew up with great examples of service and giving back to the community in her own family. And these examples instilled the commitment to service in her.

Ashika’s first formal introduction to the sphere of service began as an AIF Young Professional volunteer in the NY chapter in 2014. She fondly remembers her experience of meeting other like-minded individuals who were passionate about giving back to communities in India. Ashika served in different volunteer roles within the AIF NYYPs and ultimately stepped up to lead the chapter. Her journey with AIF motivated her to launch her own organization called The Vidya Project, which is a digital mentorship program that connects young students from rural communities in India and Sierra Leone with young professionals and guest speakers from around the world.

What sets apart her program is that they are not teaching students mathematics or computer skills, but rather to give them a channel where their voice matters and they can connect with people who inspire them. She shared the inspiration behind this initiative being a small school renovation project she was part of in Faridabad, Haryana, her hometown in India. After finishing the project, when she returned to New York, she was pleasantly surprised to see that the students and teachers were very keen on staying connected with her. They kept communications open and she felt the channel was helping the children keep up their confidence. She wanted to expand the same vision and incorporate it into a service model. What began as a digital mentorship program eventually grew into a changemakers academy, with a curriculum focusing on community activism to create tangible change on issues like sanitation, conservation, water, and public health. For these efforts, Ashika was recognized as a Global Shaper for the World Economic Forum in 2019.

Ashika acknowledges her privileges as an Indian-American and the opportunities she has to give back. She believes that in this busy world, taking out time and making an effort to give back is a humbling experience as well as a constant reminder of our purpose in life, which is to “help each other succeed.”

The second speaker was Priyanka Jain Vora, who is the Founder and Director of Rangeela Dance Company (Seattle’s Premier Bollywood fusion dance co.) and also a Doctor of Physical Therapy, Board-Certified in Pelvic & Women’s Health. Priyanka is a second-generation Indian-American who grew up in Boston, Massachusetts. Her story of growing up Indian-American is very different from the common narrative as portrayed in the popular Netflix series “Never Have I Ever.” She was never torn between cultures or felt that she had to hide her Indian roots. Much the opposite: she grew up loving her Indian heritage. She feels that her parents, with her father being a first-generation Indian-American and her mother coming to the U.S. only as an adult, were the perfect blend of American-Indian and Indian culture. She feels that owing to this, she grew up with an appreciation for both aspects of her identity. 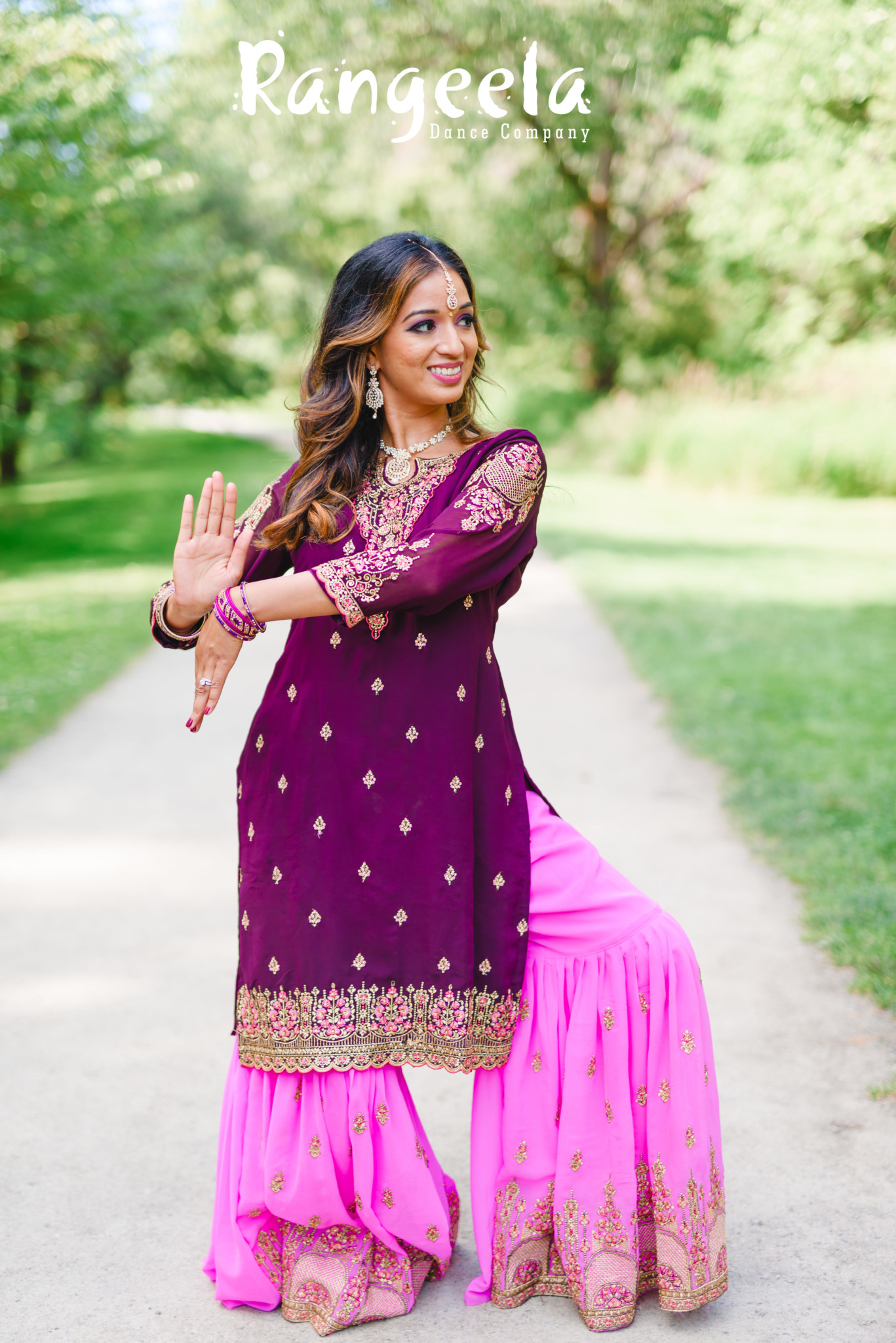 Speaking about dance, Priyanka gives all credit to her mother for instilling a love for dance in her. Her mother enrolled her for Bharatnatyam classes when Priyanka was just 5 years old. She explained that Bharatnatyam is a traditional Indian dance form that originated in Tamil Nadu and is very difficult to learn. Although Priyanka was very shy at the beginning, she eventually fell in love with dancing, gaining confidence along the way. Dance became an integral part of her life. During adolescence, she continued to train in Indian classical dancing, later on branching out to Bollywood dancing as well. Priyanka recalls her big solo dance graduation (Arangetram) at the age of 16, performing with live musicians for an audience of 500 for 2.5 hours. This was a pivotal moment for her coming of age as a professional dancer, paving the way for Priyanka to continue to dance competitively through college.

After graduation, she realized that most of her peers gave up competitive dance after college as life got entangled in careers and families. It was disheartening for her to see so many of her peers let go of a passion they grew up cherishing, so she decided to build a platform for adult dancers to be able to continue pursuing their passion for dance regardless of their career choices. And thus, Rangeela Dance Company was born. It provides a platform for dancers and choreographers to come together and share their passion through performance, cultural arts, dance workshops, and private choreography services. Rangeela Dance Company has partnered with the AIF YP Chapter in Seattle on several occasions for performances at events these past few years, proudly supporting the strong YP community in Seattle. In 2019, Rangeela Dance Company was recognized in the Smithsonian “Beyond Bollywood” exhibit titled, “How Indian Americans Shape The Nation.”

Giving Back to the Cause: AIF YP Seattle

The event ended with a further deep dive into AIF’s current initiatives with AIF YP Seattle chapter co-leads Sayuj Malla, Neel Shah, and Saagar Varu. The AIF YP Seattle chapter is among the newest members of the 12 AIF chapters across the country. Sayuj, who is a financial advisor with family roots in Nepal, spoke about the founding of the Seattle chapter in 2017 as a way to bring the South Asian community together for a cause: building a lasting bridge between the U.S. and India.

Standing at three years strong, the Seattle chapter remains dedicated to fostering a strong community to celebrate culture and heritage, and to give back, even in a virtual capacity this year. Neel, who is a software engineer, introduced the current “Light a LAMP” crowdfunding campaign that AIF has launched to make sure that children from migrant communities have access to education during the pandemic. Saagar, a Seattle native and business tech startup founder, explained how AIF’s Learning and Migration Program (LAMP) is bridging the digital divide by creating online and offline learning opportunities for students from marginalized and rural communities. This year, the pandemic has sparked new needs in India’s education space. Children have not returned to the classroom because of COVID-19 and, as a result, those who are most marginalized do not have access to the digital tools they need to learn. That’s why Light a LAMP is raising integral funds to support their education.

The Seattle YPs are one of many teams raising funds for Light a LAMP this holiday season. Light A LAMP’s $100,000 goal will give 20,000 children in India access to remote learning opportunities and ensure the continuity of their education during the pandemic. Something to be hopeful about as we close out the year and prepare for 2021.

A recording of the November 19th event is generously provided by Pan-Asians@SAP here:

Dr. Katja Kurz is the Program Manager for AIF's William J. Clinton Fellowship for Service in India. She manages U.S.-based operations out of the New York office, or currently, remotely. She also oversees AIF's Young Professionals chapters, supporting them in raising awareness and resources for AIF's mission. Katja believes in the power of community for collective action. She joined AIF in 2016 and enjoys being part of a team that creates a lasting bridge between the U.S. and India to accelerate social impact. Katja's background is in international education, academia, and nonprofit management. She earned her Ph.D. in American Studies from the University of Mainz, and her Master’s in English from Clark University. Born in Germany, Katja spent most of her adult life in the U.S., with occasional travel to India. 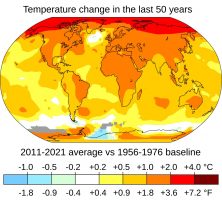 Are carbon credits the correct answer to climate change?

One thought on “Event with Pan-Asians@SAP: Diwali, the Festival of Lights and Giving”