Feminism… I have always thought it was a catch-all phrase for everything about a woman’s experience. To be honest, I didn’t really consider what the word’s definition in society means, nor did I have my own personal definition to apply. It wasn’t until this fellowship that I began to view feminism as its own complex philosophy which seemed to exist, at times, apart from its usual characteristics of encompassing issues which seem, at least traditionally, directly related to women such as reproductive rights. In fact, feminism often includes environmental conservation, distribution of wealth, and political and social equality.

My first exposure to a thoroughly feminist organization happened during a visit to Jagori Rural Charitable Trust. Jagori is a feminist NGO in Himachal Pradesh which works on a broad range of issues linked to gender inequality. Issues which impact women the most, but benefit the community as a whole as well. For instance, it has a public health division which educates women about feminine hygiene while also educating mothers about vaccinations their children must receive. Another example of trying to improve the holistic development of a community was Jagori’s work in environmental conservation and educating its beneficiaries on this issue. Its SAFAL program educates agricultural workers in Kangra district on how “to revitalize organic agricultural production and traditional knowledge that promotes environmental health, long-term economic sustainability, and gender equality.” [1]

During my week-long stay at Jagori, I learned that to be a feminist means not only fighting to improve the lives of women, but to fight against inequality in all forms. It means working alongside men to find a common ground of equality between the sexes so that we can focus more on preserving the earth for future generations and creating accessible opportunities for the present generation. I found that after visiting Jagori, I could better explain the concept of feminism to my male counterparts. Sometimes, back in the States, when I said I was a feminist, I would receive a defensive reaction from men. As though if I said that women were as capable and deserving of all the opportunities available to them in a lifetime, that I was implying that same statement doesn’t apply for men. I never thought that the former meant negating the latter however, when I receive such a response from men, I didn’t know what I could say to reassure that them that this is not what I meant.

All I knew within myself was that I wouldn’t want my success to undermine someone else’s, and I wished understand how to reassure a person whom felt defensive towards feminism about its inclusive philosophy. Experiencing Jagori and its very applied, inclusive model of feminism was wonderful. It finally affirmed to me that this feminism wasn’t just a philosophy for textbooks and could sustain an organization for nearly 12 years. It proved that feminism was about living in harmony with one another and understanding that gender equality needs a holistic approach that addresses education, livelihoods, health,  and advocacy. The type of feminism practiced at Jagori seemed to me subdued, aimed at long term impact, and less hurried compared to what I had experienced in the States. I believe that the type of bold, advocacy based feminism we see in protests in larger cities are necessary, but it was nice seeing the philosophy being treated like a calm traditional way of life at Jagori as well. I felt like I was finally able to explain from first-hand experience what feminism is seeking to achieve.

Traveling back from Jagori to my host site, Shaishav, I began to notice more aspects of Shaishav which which held nuances of feminism. While Shaishav doesn’t always publicly stated that it is a feminist organization, its peace building programs, focus on environmental preservation and even its more mundane choices like hiring more women to work in the office indicates that it is a feminist organization in its own way. I never expected to that India would be the place where I would fully understand feminism, but I am thankful I did. It opened my eyes to consider what feminism looks like among other different communities. 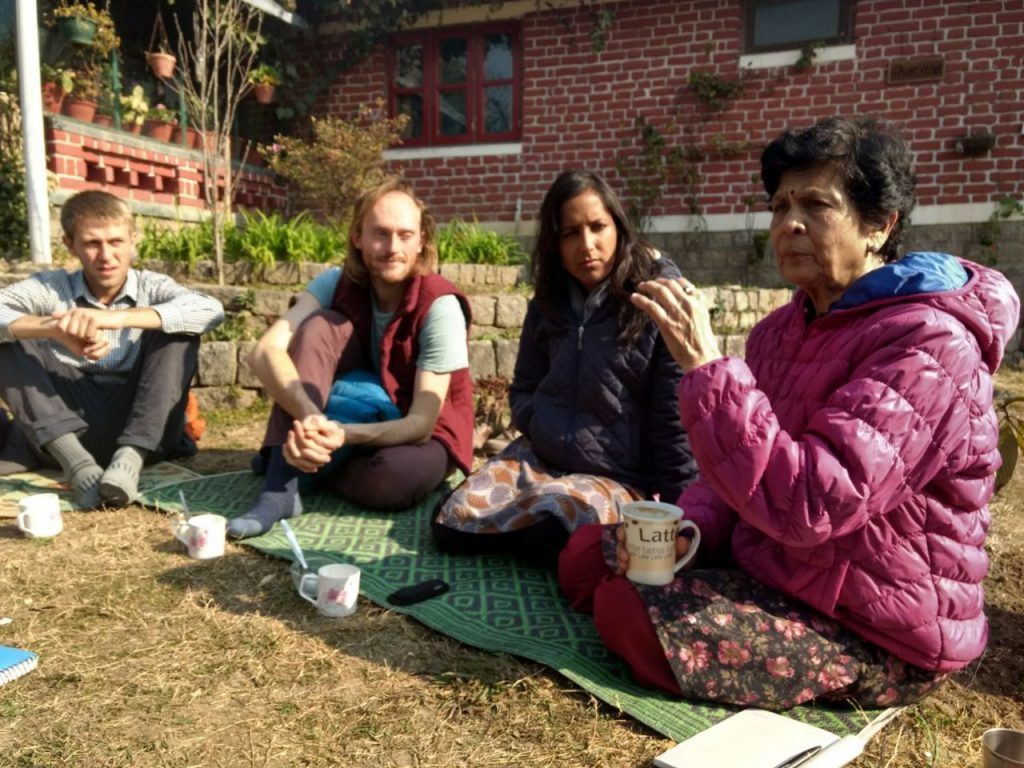 A recent Emory University graduate interested in child welfare and poverty alleviation, Subha would like to eventually work for an NGO. By serving with Shaishav as an AIF Clinton Fellow, she hopes learn more about their world class philosophy for children's empowerment. Prior to joining AIF, Subha interned at the American Association for People with Disabilities in Washington, D.C., and the Global Village Project in Atlanta, Georgia, as a development and policy intern.

One thought on “Feminism in India: Part 2”