Check out our Exciting Auction Items 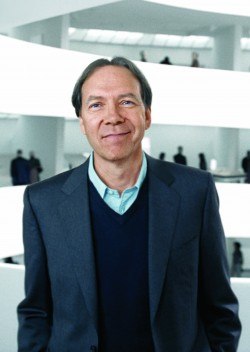 Hesse spent 23 years at AT&T.  From 1997 – 2000, he served as the President and CEO of AT&T Wireless Services, at the time the United States’ largest wireless carrier.

He received a BA from Notre Dame, an MBA from Cornell, and an MS from MIT where he was awarded the Brooks Thesis Prize.

In addition to receiving Corporate Responsibility magazine’s Lifetime Achievement Award, he has been named “Most Influential Person in Mobile Technology” by LAPTOP magazine (Steve Jobs was #2), Wireless Industry “Person of the Year” by RCR magazine, “Executive of the Year” by Wireless Business and Technology magazine, “CEO of the Year” by the National Eagle Leadership Institute, one of the five “Best Turnaround CEO’s of All Time” by Fierce Wireless, one of “10 Inspirational Leaders who Turned Around Their Companies” by Entrepreneur magazine, and he has twice received Wireless Week magazine’s Leadership Award.  He was appointed by President Obama to the National Security Telecommunications Advisory Committee and serves on the National Board of Governors of the Boys and Girls Clubs of America. 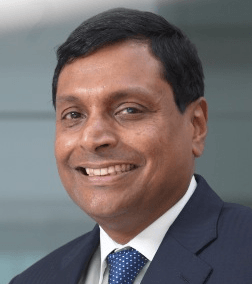 T K Kurien (TK) is the Chief Executive Officer and Member of the Board, Wipro Limited. TK is also a member of the Wipro Corporate Executive Council.

With over 27 years of global diversified experience, which includes the 10-years he has been with Wipro, TK has been instrumental in building and scaling many of Wipro’s businesses successfully. He has a track record for customer centricity, passion for excellence and rigor in execution. He has proven to be a transformational leader and has been instrumental in turning around the various businesses that he has spearheaded within Wipro including the BPO, Media, Telecom and Consulting businesses. TK is also credited with building global leadership for some

of Wipro’s business units he led across the world.

Prior to taking over the role as CEO of the IT business, in Feb 2011, TK was President of Wipro’s recently launched Eco Energy business. In June 2008, he took on the responsibility of heading Wipro’s Consulting arm, WCS (Wipro Consulting Services), and spearheaded its growth, establishing it as a distinct offering by Wipro. From 2004 to 2008, TK headed Wipro BPO, during which time he turned the business around to achieve market leadership, best-in-class profitability and revenue growth. He was awarded the Global BPO Industry Leader award by IQPC (International Quality & Productivity Center) in 2007 for the exceptional performance of Wipro BPO. In February 2003, he became the Chief Executive of Wipro’s Healthcare & Life Sciences, the new business segment of Wipro Ltd. formed in April 2002 to address the market opportunities in Healthcare and Life Science IT. In his early years at Wipro, TK started the Telecom Internet Service Provider business for which he managed to create a significant impact by accelerating revenue growth.

Before joining Wipro, TK served as the Managing Director of GE X Ray from October 1997 to January 2000 and prior to that was the CFO of GE Medical Systems (South Asia).

TK is a Chartered Accountant by qualification. He spends his spare time reading books on history and strategy.

The Annual AIF Spring Awards Gala in New York has become a premiere Diaspora event, drawing an audience of hundreds of the area’s most prominent leaders in business, politics, philanthropy, media and the arts. The Gala will take place on May 2nd, 2014 at Pier Sixty at Chelsea Piers in New York City. This year, we will welcome Dan Hesse, Chief Executive Officer of Sprint and T K Kurien, Chief Executive Officer of Wipro Limited, as our distinguished Honorees. The Gala will showcase personal and corporate leadership and philanthropy, as well as investment in India. It will also highlight AIF’s Market Aligned Skills Training (MAST) program for persons with disability, which provides underprivileged and differently-abled youth with skills training and access to formal employment opportunities, allowing them to become empowered citizens and lead fulfilled lives.

The American India Foundation is committed to catalyzing social and economic change in India and building a lasting bridge between the United States and India through high-impact interventions in education, livelihoods, public health, and leadership development. Working closely with local communities, AIF partners with NGOs to develop and test innovative solutions and with governments to create and scale sustainable impact. AIF has impacted the lives of more than 1.9 million of India’s poor and aims to reach 5 million by 2018. President Bill Clinton serves as Honorary Chair and Nobel Laureate Amartya Sen Chairs the Advisory Council. Learn more at aif.fatlabllc.net.

Commencing with a cocktail hour at 6PM, the elegant evening features facilitation of our Honorees, presentations on our work in India, and remarks by several key figures. The program continues with a sit-down Black tie dinner at 7:30PM and entertainment, as well as a pledge drive. Established as platforms for those with a common interest in India to connect, AIF events across the country have honored distinguished leaders including Mukesh Ambani of Reliance Industries Limited, Adi Godrej of the Godrej Group, Jeffrey Immelt of GE, Anshu Jain of Deutsche Bank, Chanda Kochhar of ICICI Bank, Henry Kravis of Kohlberg Kravis Roberts & Co., Robert McDonald of The Procter and Gamble Company, Sunil Bharti Mittal of Bharti Enterprises, and John Veihmeyer of KPMG, and more.

Parking: Enter on 23rd street and Westside Highway
Continue thru the ticket booth to PIER 60, second pier on the right. Turn right – you are entering a parking lot 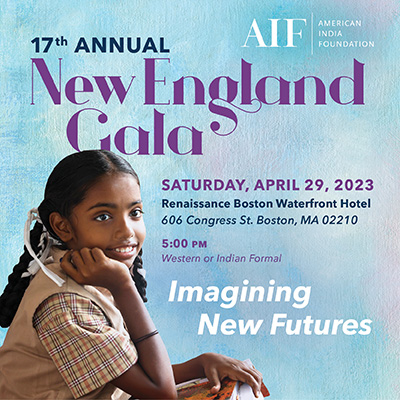