Imagine coming out of a room after a medical check-up or childbirth and being told that you or your spouse have been sterilized without your knowledge or consent.

After giving birth to a son, Jyoti[1] found out that the doctors have implanted an IUD (intrauterine contraceptive device) in her womb without obtaining her or her family’s consent. They were not even informed about the IUD insertion before delivery. She knew nothing about IUD, the possibility of its removal or about the violation of her rights. The family spoke to the doctors but went home with their disappointing responses. 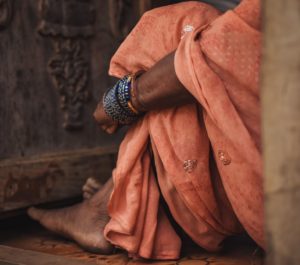 What came as a shock was the discussion with another student who is pursuing a Diploma in General Nursing and Midwife. She shared, “the related Rules and Regulations require us to sterilize the patients immediately after delivery especially if the newborn is a second child irrespective of their consent.”

When asked about the details of such laws, she said, “I don’t remember that but we were told in class that some medical laws require us to do so.” I immediately looked for such central and state legislations and by-laws and to my utter relief; I couldn’t find any such legislations or by-laws. The fact that coercive contraception is practiced and the medical students are being taught or perceive this as their duty raises an alarm.

Later, on similar lines, I came across the postpartum intrauterine contraceptive devices (PPIUCD), which are included in various national postpartum family planning (PPFP) programs[2] and are supported by WHO as well but the requirement of informed consent is rarely fulfilled by the nurses and the doctors.

“No, I was not willing to have a copper-T inserted,” says one of the 30 women who had her delivery in the local government health facility in West Bengal and was forcibly implanted with intrauterine contraceptive devices. The government is pushing for and giving cash incentives for women to deliver their babies at government clinics and hospitals under the Janani Suraksha Yojana (JSY) to bring down maternal deaths.’[3]

A study conducted in the largest and the most populated state of India – Uttar Pradesh – revealed that “the doctors were not aware of the standards, and the quality of services provided was found to be poor in all locations. This results in hundreds of deaths, thousands of repeat pregnancies and hundreds of thousands of chronic complications”[4] Further, there were several legal and human rights violation issues including violations of the penal laws, fundamental rights, medical ethics and laws, and Supreme Court decisions. 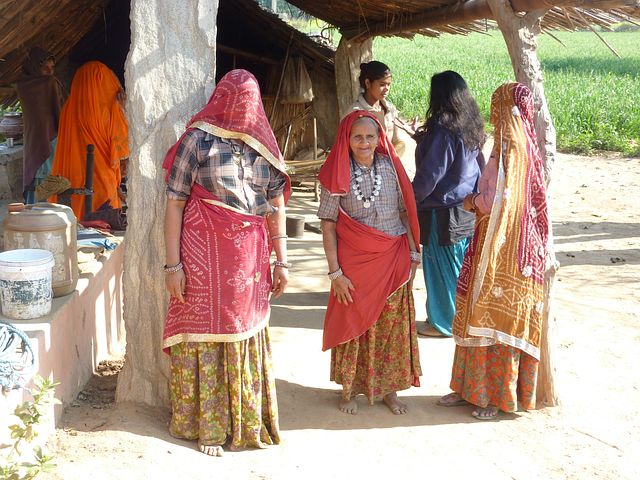 History tells us that immediately after Independence, family planning was made a part of our first 5-year plan. An article published in 2004 states that female sterilization has emerged as the method of choice, and despite having a policy of a ‘cafeteria approach’[5] and informed consent, the proportion of contraception adopters using female sterilization is an overwhelming 98 % of all sterilizations each year and roughly 62 % of all contraceptive users.[6] The National Health Mission Report stated that between 2017-18, 93.1% of the sterilizations performed in India were on women.[7]

In an investigation[8] of the sterilization camp deaths in Chhattisgarh, the Population Foundation of India (PFI) found that the state government spent about 20 times the amount incentivizing women to get the procedure as they spent on the procedure itself and women were only paid between 600 and 1400 rupees each to get sterilized.[9] The government later adopted the suggestions given by PFI and shifted to a ‘fixed day’ program. Under this, women were required to visit particular facilities on particular days of the week if they want to be sterilized which allows better monitoring and regulation of operating room conditions.[10] But, the supply of limited hours of services failed to meet the demands of sterilization in the region.

The 2016 draft National Policy for Woman suggested the government to adopt a gender transformative health strategy which recognizes women’s reproductive rights with shifts such as family planning focus from female sterilization to male sterilization.[11]

This transfer of sterilization focus from females to males is not a new strategy for India. The horrors of the 1975 emergency included mass forced sterilization of Indian men. The strategy was implemented at least two decades before the current world’s largest youth population was even born in India. 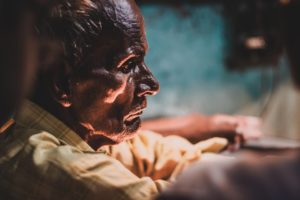 ‘In order to control the growing Indian population, Sanjay Gandhi, son of the former Prime Minister Indira Gandhi, began what was described by many as a “gruesome campaign” to sterilize poor men. There were reports of police cordoning off villages and virtually dragging the men to surgery.’[12]

An astonishing 6.2 million Indian men were sterilized in just a year, which was “15 times the number of people sterilized by the Nazis,” according to science journalist Mara Hvistendahl.[13] 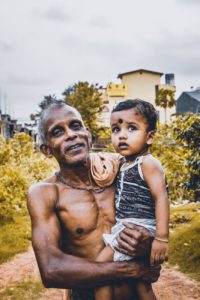 These facts and incidents show that primarily, the focus should be on raising reproductive health and legal rights related campaigns in cities, town and villages and educating the existing and upcoming batches of nurses and doctors to ensure safety and respecting the rights of the person who chooses to use the desired contraceptive devices. Further, the sterilization campaign shouldn’t be biased against any gender or class. This issue of normalized forced contraception is bigger than such categorizations and it involves the life and safety of an individual and their family members. Lastly, the ultimate aim of family planning programs shouldn’t be to achieve certain targets of sterilization in certain regions but of providing safer facilities, obtaining informed consent, and punishing the perpetrators. I believe that human beings are not means to an end but an end in themselves (“So act that you treat humanity, whether in your own person or in the person of any other, always at the same time as an end, never merely as a means”), as said by Immanuel Kant, should be respected.[14]

[1] Pseudonym has been used to maintain the confidentiality of the person.

[5] It refers to the strategy wherein the government tries to provide all the scientific methods of sterilization options instead of focusing on one or a few of them. For more information, refer to https://ciplamed.com/printpdf/22727.

[9] Green, Hannah Harris. “The World’s Most Common Contraception Has a Dark Past.” Pulitzer Center, 11 September 2018. https://pulitzercenter.org/reporting/worlds-most-common-contraception-has-dark-past

[11] Government of India. National Policy for Women 2016. Ministry of Women and Child Development, pp.4, May 2016. https://wcd.nic.in/sites/default/files/women%20empowerment%20poliy_Final_17May.pdf.

Ayushi is serving as an American India Foundation (AIF) Clinton Fellow with Jagori Rural Charitable Trust, Dharamsala, Himachal Pradesh. For her Fellowship project, she is assessing the implementation of the Protection of Women from Domestic Violence Act, 2005 with respect to the role played by the Protection officers in the Kangra district and the Himachal Pradesh state government. Ayushi completed her B.Com LL.B. (Hons.) in 2019. She believes that the world would be a happier place to live in if we learned to treat all living beings with humanity and basic dignity, irrespective of our biological and psychological differences, belief systems, and distinct genetic makeup. Through the AIF Clinton Fellowship, she will be working with issues related to female education and child marriage. She wishes to help the women and the LGBTQIA+ in utilizing their innate power and channelizing that energy in breaking societal chains, gaining inner liberty, and happiness. In order to educate herself with the realities, she studied subjects such as law and social transformation, liberty, equality and justice, and completed a credit course on comparative human rights. She interned at the Vidhi Centre for Legal Policy and at the Centre for Civil Society under Fellowship91 in New Delhi, and the Alternative Law Forum in Bengaluru. She visited villages in Madhya Pradesh to understand the difficulties faced due to water scarcity. She enjoys writing blogs and research papers and has written on several issues related to drug usage as a criminal justice problem or a health problem, lawyers becoming casualties of their profession, homosexual marriages, sin taxation analyzing the taxes payable by prostitutes in India, and hate speech and freedom of speech and expression. In her free time, she enjoys listening to music, singing, writing poems, and reading books.