Under the hot morning sun in Dehradun, I rush down Gandhi Park while sweat droplets start forming on my forehead. The bus station a distant sight as I traverse the chaotic traffic towards Hotel Pacific. Unlike my usual day at the MANSI office, today marked the first day of the three-day workshop of the American India Foundation’s Monitoring and Evaluation Delhi Team given to the MANSI team. As I drew closer to the hotel, the spring in my gait heightened and the butterflies in my stomach tightened; today I was to present my research findings on menstrual hygiene survey in rural adolescent girls in Uttarakhand to a diverse group of stakeholders—the AIF MEL team, Dr. Amit—the MANSI program director, the MANSI state program managers from Andra Pradesh, Jharkhand, and the MANSI Uttarakhand team.

Despite practicing beforehand at the office, I was still apprehensive about presenting to a broader audience. After about five total months in the field, in various villages in three districts of Uttarakhand state, I was yet again acclimatizing to the office environment and full of self-doubt about my service with MANSI. In those five months, the MANSI team from the state office to the district and block coordinators to the field supervisors all worked closely with me to conduct a survey of 897 adolescent girls aged 11-19 in 6 blocks, 3 districts of the state. However, despite the rigorous and robust data collection, the data entry—thus the analysis—of the survey presented itself as a challenge for me as a novice researcher with limited experience. I realized late in the research that my method of data organization wasn’t optimal for analyzing the data captured in the surveys and the daunting task of rectifying the sheer volume of data by myself was unimaginable. Coupling also my fear of disappointing all the people who have helped me glean the data as well as my responsibility towards the girls surveyed, I was largely struggling on how to address this challenge. 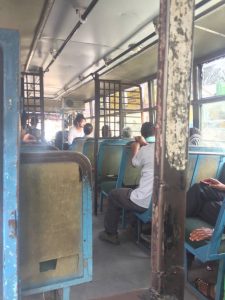 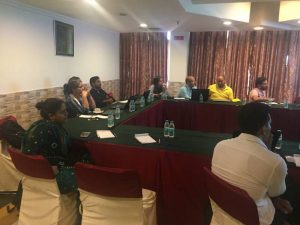 Thus, with a heavy heart, I stepped into the MEL workshop that day. Hour after hour, I listened and stood witness to the exchanges of ideas and rebuttals, and long discussions about the details of public health program indicators and so on. Eventually, realization struck me that this space was warm and welcoming – the ideas, thoughts, and commentaries of each person was being respected and heard by all without judgement, creating a light atmosphere of laughter. By the 7th hour of the day, my time had come to present my research findings and my trepidation from the earlier that day had lessened. Fumbling through a quick self-introduction, I began the presentation of what my five months in the field surveying girls on the topic of menstrual hygiene had produced. Being self-aware and upfront about my own limitations, particularly in regard to the study, I received invaluable constructive criticism which I welcomed as a chance to improve my research skills in the future.

Furthermore, upon expressing and acknowledging my mistakes in the data organization, I was relieved as if a great boulder had been lifted off my chest when the MEL team readily offered to help me reorganize the data for optimal data analysis. Upon hearing that news, I felt as if my service with MANSI these past 9 months had some purpose; prior to that, I had felt despondent when contemplating what my contribution to MANSI was if the study wasn’t coming to fruition. The self-doubt about what sustainable service had I contributed to MANSI plagued my thoughts as I was nearing the end of my fellowship in India and to a degree, it still does. However, knowing that the data I helped collect will be analyzed properly, even after I leave, was a source of relief for me. If I leave India knowing one thing I was able to contribute – whether it be the survey data collection, I will be content.

Thus, at the conclusion of the MEL’s three-day workshop, not only did I learn about monitoring and evaluating, but I also had the opportunity to learn about MANSI’s unique methods of service in other states as compared to UK due to the diversity of challenges and geography of each state. As we all bid farewells to each other at the conclusion that Friday evening, I felt a sense of pride and gratitude in having met these people who are so passionate about their work and having had the opportunity to witness and partake in the three-day workshop with them. As I retrace my path towards Gandhi Park that day, I couldn’t help smiling the entire bus ride back.

Tsering earned her Bachelor’s of Arts in International Studies from the American University in Washington, DC, focusing on environmental sustainability and global health. Originally intending to pursue a medical education, her volunteer experiences abroad in the hospitals in rural settings inspired her passion for global health and the political ecology of disease. Prior to joining the AIF Clinton Fellowship, Tsering worked as a laboratory associate at Yale New Haven Hospital and interned at an international development NGO. In her free time, Tsering enjoys drawing, traveling, learning new languages and exploring new cultures.

Tsering's Fellowship is made possibly by the Rural India Supporting Trust.