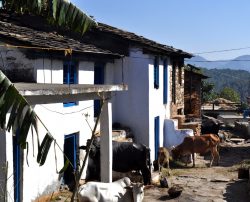 Last week, a coworker and I spent several days in Digoli, a remote village in Uttarakhand that is home to the Bora community, a small caste native to the Kumaon region. Nestled deep in the foothills of the Himalayas and accessible only via a two-hour trek, Digoli seems to have sprouted organically from the steep mountainside, with narrow, winding stone paths connecting each house and terraced rice fields stretching into the distance. Renowned for their skills as spinners and weavers, the Bora people have long been known in the area for their prodigious skills in the cultivation and weaving of hemp. 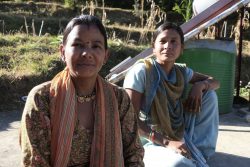 I had traveled to this remote corner of the world to conduct interviews for an exhibit my organization, Avani, is preparing for the Google Arts and Culture Institute. The exhibit was intended to be centered on traditional hemp weaving, with a focus on the ways in which the legal boundaries around the crop’s cultivation have hampered local traditions. Going in, I thought I knew what the story would be: a small, marginalized community had taken pride in their traditional craft, and felt angry and disempowered when the government robbed them of their ability to practice it. I imagined impassioned interviews with villagers, in which they would describe the deep emotional and cultural value of hemp cultivation and mourn the loss of their traditional heritage and skills. The exhibit, as I envisioned it, would be a fiery polemic against blanket policy prescriptions, and a celebration of the beauty of traditional crafts. 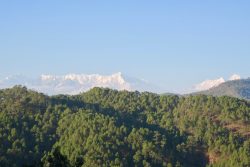 Of course, India always seems to have a way of upending my expectations. For the most part, the community members I met in Digoli weren’t mourning the loss of their craft or yearning for a return to their traditional roots. True, some of the village elders expressed anger towards the government for its restrictive hemp laws, telling me that the ban on hemp cultivation in the mid-1980s was misguided. But most, particularly in the younger generations, met the entire subject with a shrug. “Hemp is old,” Govinda, one Bora community member, told me matter-of-factly, “People don’t want to do it anymore. It takes too much time.” Indeed, cultivating and weaving hemp is an extremely labor-intensive process. Many elderly women in the village who had woven hemp as young girls were missing their front teeth, as they spent so many hours pulling the fibers with their teeth to prepare them for weaving. Most of the pride village elders derived from their hemp cultivation seemed to center less on its cultural value, and more on the sheer difficulty of producing it.

Given this, it seems entirely understandable that members of the younger generation would be reluctant to revive the craft. Even though hemp cultivation was legalized by the Uttarakhand government in 2015, few in the community believed that the traditions would be revived. Yet as I continued to hear the stories of the Bora community, I began wondering, “Is that such a bad thing?” Yes, hemp cultivation had largely disappeared in Digoli. But elders also told me that the girls today were getting married at 22 or 23, rather than at 14 or 15. Women who had previously been unable to leave home without being accompanied by a male relative were now working independently and attending school. What I imagined seeing in Digoli was a community mourning the loss of its heritage and traditions. What I got instead was a community that was rapidly changing, modernizing, and altogether disinclined to look back.

In the West, we have a tendency to fetishize and romanticize the “traditional” crafts of developing communities. As I continue to work with Avani, this feels increasingly problematic. After all, I don’t particularly mourn the loss of traditional handicrafts in the U.S., and I would never wish to take up handicrafts as a profession (although to be fair, I am hopeless with crafts). So why should we impose these values upon developing communities, at the expense of encouraging them to pursue careers in other, less labor-intensive fields?

This is not to say that traditional cultures aren’t valuable. Working with Avani’s weavers, I am awestruck by the beauty and skill of this traditional craft. Yet after my time in Digoli, I am convinced that we must strike a careful balance between celebrating traditional cultures, while also respecting the desires of some community members to move on. There is beauty in preservation, to be sure. But there is equal beauty, sometimes, in letting go. 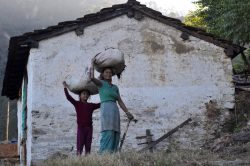