“What is it about ’s poverty that attracts journalists, filmmakers, travel writers and curious visitors?…As New Yorkers know, great cities can inspire – and sometimes depress – their inhabitants. So also Calcuttans have an intense love-hate relationship with their city.”

—Frederic C. Thomas, Poor: Elegies on a City Above Pretense

These days, I sometimes don’t recognize my own life. Once unfamiliar actions have become second nature: I jump, salwar kameez-clad, on and off of rickety buses traversing Kolkata. I lead office meetings resolutely in Bengali. I share a home with an elderly photographer and his wife (Kaku and Kaki), who revel in feeding me. These are the coordinates of my Kolkata existence.

Until this September, my was largely visits to Shillong, the hilly capital of Meghalaya in the remote Northeast region of the country. Indians were my relatives – unassuming, family-oriented individuals who remained timeless throughout childhood visits. Since birth my parents had introduced me to their ; I was ready to find mine.

Prayasam in Sanskrit means “genuine effort.” What I see everyday is a modest, grassroots NGO leveraging limited resources to touch the most neglected corners of a metropolis caught mid-modernization. Recently I worked with my mentor and other staff members to plan Prayasam’s Foundation Day. I saw discarded cardboard and recycled tissue paper transformed into imperfect yet charming office decorations. Gift bags created from old newspapers and twine. The city’s underutilized citizens came to serve its underprivileged – twenty veteran Prayasam volunteers, all wealthy housewives regal in their sarees, led mud-spattered children of brick kiln migrant workers in song, dance, poetry and theatre.

I may bring coveted “American” organization and English writing skills, but I have much to learn from the simple ingenuity of this organization’s operations. NGO work, I am finding, is a matter of pragmatic conservation – making the most with what one has – as much as articulate strategies.

In my brief time at Prayasam, I have been overwhelmed by the volume of activity and need, and pleasantly surprised by the close knit office’s readiness to accept me, the resident foreigner and semi-Bengali, into their midst. Formally tasked with managing the organization’s “Documentation Desk, Prokaash,” I am constantly in search of English words that do justice to the dynamic field activities – child rights workshops, leadership trainings, community mobilization meetings, all in Bengali – surrounding me. Then there is the anti-gender violence programming series, “Silent Scream,” I am suddenly overseeing. Not to mention the Spoken English sessions I am organizing for staff members, whose comprehension is far below the academic development speak my mentor often launches into; and the organization’s first electronic newsletter that remains on my to-do list to create.

Very little has worked out as expected. The planning and re-planning of activities, the perpetual and verbose team meetings, the last-minute decisions that accompany every day – working at Prayasam has been a daily exercise in patience, flexibility, and often, inspiration.

has been similarly unpredictable. I gripe with my fellow expat friends here about the inefficiencies that plague the city, but I am enamored. I relish the things I didn’t know I could. Authentic Bengali meals on steel plates loaded with rice that I wipe clean at every dinner. Bumpy commutes in unprotected autos, through which I’ve memorized roads with no signs. Spirited bargaining sessions in Bengali at the local Haati Bagan market, which is satisfyingly chaotic and tourist-unfriendly. And air-conditioned spaces for reflection at the local Oxford Bookstore and Barista chains.

I don’t know about finding a new home for ten months, but…though a recent arrival to ’s overcrowded capital, I am comfortable. 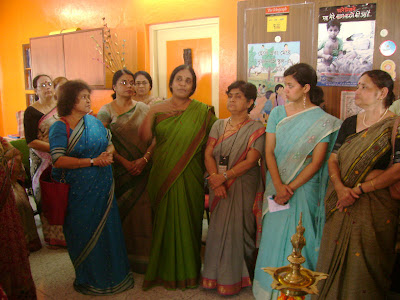 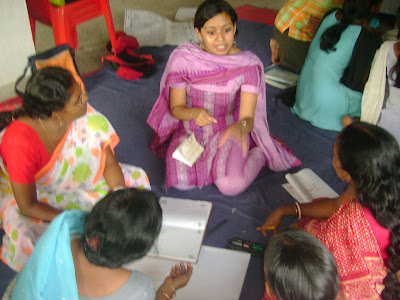