We at AIF are impressed by the creative and innovative ways in which our youngest ambassadors from across the country have supported India in its time of crisis. Two Massachusetts high school girls, Sanya Nadeem, Divya Natarajan, as well as a group of determined Chicago high school students, have really set the bar high.

Sanya, an 8th grade Spelling Bee Champ, felt heartbroken at the plight of Indians during the second COVID-19 wave in India. She decided to channelize her emotions into something constructive and spent her summer conducting online classes in ELA, Math, Geography and Book Club for children in her neighborhood. Sanya managed to raise $1900 and committed the entire amount to AIF’s COVID-19 relief work in India. 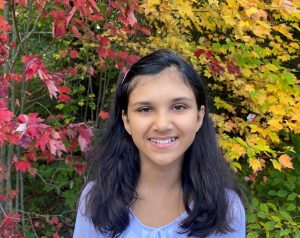 Divya is a songwriter who will soon be attending the Barnard College of Columbia University. When the second wave hit India, Divya was horrified at the sight of pictures of makeshift hospital beds in cars and open pyres on the streets that flooded the media. Several of her family members back in India were affected. It was then that she decided to release her song “Started With the Rain” as a fundraiser for AIF. You can listen to her song here.

In another part of the country, high school students from across Chicago ran an online campaign and organized a 5K run on Aug 15, 2021, India’s 75th Independence Day at Busse Woods Forest Preserve to raise funds for AIF’s First Million Campaign, which aims to inoculate one million of the most vulnerable populations in India. They raised an incredible $51,000. 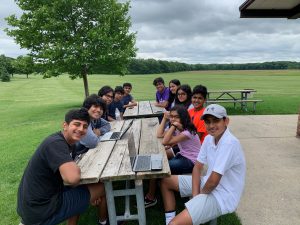 It is refreshing to see how these youngsters have stepped up to contribute to the world. We are truly grateful that they chose to trust AIF as their first philanthropic partner. 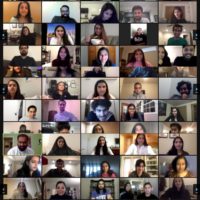 Event with Pan-Asians@SAP: Diwali, the Festival of Lights and Giving