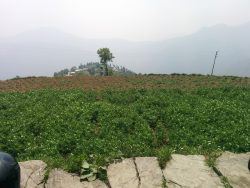 “Five years ago, the only thing we had to buy from a shop was rice. We grew everything else ourselves… it’s not the same anymore.” – Mrs. Munni, Chamba

In April 2017, I had the opportunity to attend an exposure visit in Chamba (Garhwal, Uttarakhand) with Appropriate Technology India (ATI).  The aim of this visit was to understand and imbibe the interplay of technical, social, legal, and natural resources required for setting up a successful value chain. The visit would result in a detailed report on the ATI value chain model, which would function as both a baseline research and a guide to aid Gene Campaign’s millet value chain project after my Fellowship tenure was over. The visit was informative not only about what goes into a social entrepreneurship in a grassroots context, but also about the significance of incentivizing agriculture in India.

Any undergraduate Sociology class worth its salt has pontificated that India is an agrarian economy. While this hackneyed platitude has been recounted for years now, often blissfully oblivious of rapid laterals unfolding in India’s economic fabric, it is a phrase that some of us should rethink. Yes, a significant percentage of India’s population lives in areas of the country defined as rural, comprising a demographic whose primary occupation has been farming and livestock rearing. This demographic is largely responsible for ensuring food security for those of us who live in metropolitan cities and might count ourselves lucky for it. We are definitely fortunate, and of course, privileged. We see it in our films, adverts, and texts that upward economic mobility – which is somehow always represented by skyscrapers and city lights – is something to which one aspires. Yes, there is definitely another side to the upwardly mobile dream that cities represent – you have the underbelly (I despise this ghastly word) of the city, which is comprised of the displaced demographic who have moved (usually, in the Indian context) from a life of farm and livestock (please excuse this reductive statement just this one time) to contractual manual labour, taxi driving, hotel waiters, and often times, any bonded task that will pay for the day’s meal.

Prior to this Fellowship, I was briefly engaged in a research project which attempted to study urban livelihoods in the New Economy. The idea was to understand labour in businesses that are service based as opposed to product based. As part of this, I interviewed a sizeable representative sample of Ola and Uber drivers. Now, as an anthropologist averse to the assumptive nature of your average social research methods, I was determined in my attempt to understand the socioeconomic and cultural context of the individuals I interviewed. As much as I’m wary of banking on the “common thread”, I admit that there was one that I had to acknowledge. Almost 95% of the drivers were from rural backgrounds and their primary occupation until two years ago was agrarian, be it for subsistence or retail, and a majority of them said they banked on making a quick buck in the city so that they could go back to their native villages to invest in agriculture again in a few years. The reason for migration was varied: lack of rain, lack of agricultural subsidies, lack of information on markets and pricing, declining interest in agriculture among the youth, lack of credit based rural financing, and a lack of yield which directly affected profit.

It seemed almost prophetic that exactly a year later, I found myself in Saurzari Padhi village, one of ATIs intervention areas, talking to a woman farmer on the importance of incentivizing agriculture. ATI is one part of a tripartite structure working on the multiple goal-oriented project that promotes sustainable agriculture through equity-based livelihoods among rural communities in Dehradun district of Uttarakhand. The other two parts of this tripartite structure is Integrated Livelihoods Support Project (ILSP), and the International Fund for Agricultural Development (IFAD). Their intervention is in action in villages across several blocks in Chamba, Uttarkashi, and Rudraprayag. They work with both existing cooperative structures and newly mobilised Farmer Producer Organisations, which are completely comprised of agrarian women, on various value chains depending on the produce available in the region.

ATI provides the scientific and technical knowledge regarding sowing techniques, best farming practices for higher yield, provides high quality seeds, fertilisers, and most importantly, information about government schemes, policies, and subsidies that doesn’t often reach the individuals that it is meant to benefit. ILSP works on mobilising value chain groups, providing information on marketing the produce, advising on distributors within and beyond Uttarakhand, supporting them in both knowledge and for initial expenditure, and informs them about the legalities and governance related requirements to help run the value chain. IFAD, the agriculture and food security wing of the United Nations provides information and funding.

The central players of this project are the farmer organisations and federations which are comprised entirely of women. Their spouses are employed in cities, engaged in livelihoods that generate immediate income. Across the three villages I visited, studying value chains on off-season vegetables, pulses, millet, turmeric, and ginger, what I witnessed were groups of women who are directly responsible for producing the food we consume in our cities. All the cooperatives have been associated with ATI since two years, prior to which they farmed largely for subsistence and for sale in the local village markets. Now, they are entrepreneurs and shareholders who meet monthly to decide on budgeting, costing, selecting among quotes for equipment, and identifying distributors for their produce. The women concede that what they required was information, initial investment, and an incentive to expand their livelihood horizon. Their yield and profit have both increased by around 20%. 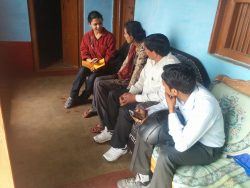 Incentives include many – social, economic, and cultural. One of the legal requirements for joining a federation is having a bank account in any nationally recognised or gramin bank. This effectively includes them in the formal banking system. Upon joining a federation, they receive many additional benefits like subsidies on raw materials, tea, and soap. I asked one of the women what they appreciated about this livelihood program besides the obvious increase in profit, she replied, “I like that having the shareholder certificate and a bank account make it easier for me to avail economic credit”. 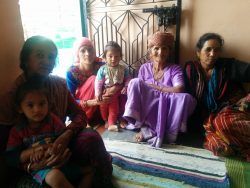 I realise my positional bias when I write the way I have written about agrarian women in India. I’m a woman from a formally educated, urban middle class family. I understand the subjective problems that come with evangelising the virtues of agrarian and rural life. I also understand that aspiration for upward economic mobility is everyone’s right and I do not wish to impugn urbanisation and the very real push and pull factors of labour migrants. What I learnt on this exposure visit isn’t applicable to any one section of society. It is a very real collective responsibility that everyone who is lucky enough to enjoy a meal a day should, in my very humble opinion, assume. It is a responsibility that is all encompassing – directly towards responsible consumption, poverty reduction, access to remunerative work for all irrespective of gender; and consequently towards making available quality education for all tiers of society, access to childhood nutrition, and economic and social parity for all. What I learnt was the importance of investing in and incentivizing agriculture, economically, through information, technology, human resources, and personally for me, individual interest. The notebooks we were given in school as children often had a quote on their backs, “Jai Kisan! (Victory to Farmers)”, what this has imbued in me now is the need for active and collective interest to ensure the same.

My earliest memories as a child is of spending harvest season amidst bales of golden paddy husk with my grandfather and my dog, Fuji. I didn’t know then how deeply and persistently that vignette would return to me, and in how many myriad ways it would impact my personal and professional life, but I think I’ve begun to understand it now. 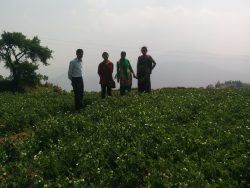