“Our ultimate goal is to eventually not exist.” This response by the founder of an NGO working in the public health sector during an interview did not fit my expectations of what the NGO’s goal would be. But a week into my AIF Fellowship as part of the Orientation training, an exposure visit to Aarohi, an NGO working on livelihood and health-based initiatives in Uttarakhand, allowed me to demystify this originally confounding idea. It exposed me to the concept of building leadership and problem-solving capacities within the community that needs to be served, eventually rendering external interventions unnecessary.

Aarohi was set up by Ooona Sharma in 1992 who passed away shortly after, in 1996 [1]. Despite her early death, the NGO still exists today and is thriving under the leadership of local community leaders one of whom is Mr. Prakash. On the first day of our visit, Mr. Prakash spoke to us about his involvement with the organization since its inception and how like its name suggested, Aarohi had continued to ascend in terms of growth, involvement and impact. The fact that a grassroots NGO was able to sustain itself after the death of its leader was as impressive as it was surprising. To understand how it worked out, I didn’t have to look further than the sense of belonging, loyalty and ownership that underscored most of Mr. Prakash’s narrative about Aarohi and his involvement with it. 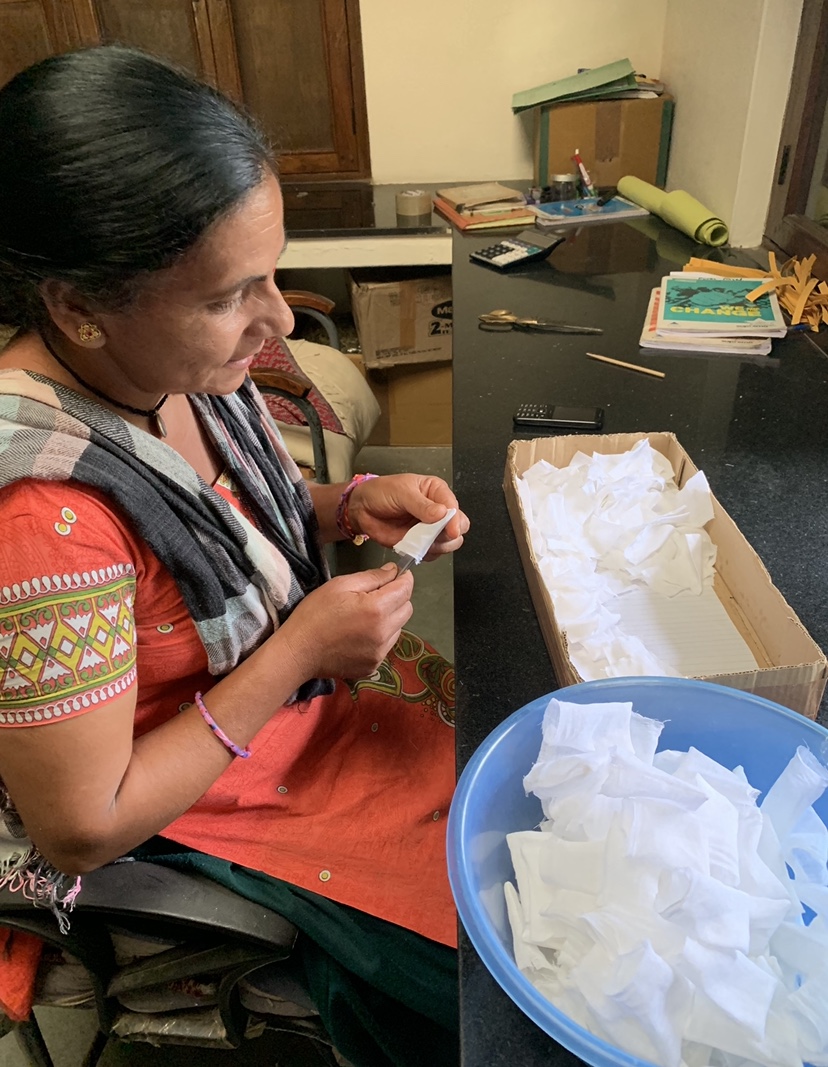 Ms. Oona in a very short time had succeeded in creating local leaders who didn’t think of Aarohi as her brainchild but rather their own initiative to resolve issues surrounding their community. By involving Mr. Prakash in every aspect of Aarohi’s management and growth, Ms. Sharma had built leadership and problem-solving capacities in him as well as other community members who were initially roped into the organization. So, her death wasn’t crippling to the organization. This model of local involvement and leadership developed my Ms. Sharma had ensured the longevity of Aarohi. As I made my way to my host organization in Bangalore upon the conclusion of the Fellowship Orientation, I was interested to see how such a local leadership model would work in an urban setting for organizations not working with a tangible product.

Dream a Dream is a non-profit based in Bengaluru, Karnataka, that works to empower marginalized children and youth using life skills [2]. They conduct after-school football and creative arts programs to develop various life skills in students. They also run skill based programmes at their Career Connect Centre in order to equip youth with necessary life and technical skills needed to succeed professionally. Dream a Dream has been operational for 20 years and impacted thousands of children and youth in Bangalore. Although the organization is primarily intervening externally to strengthen existing educational institutions, it exhibits a similar framework of leadership cultivation as Aarohi. 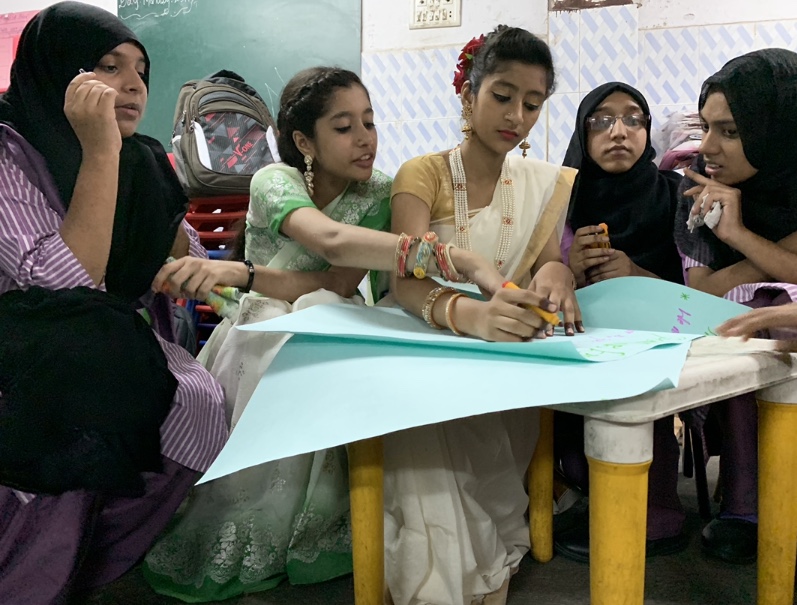 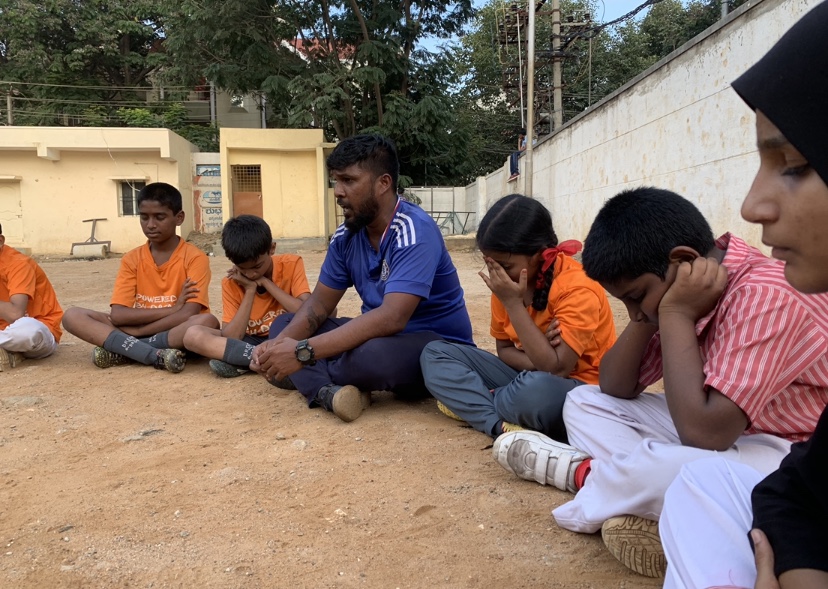 Ramesh, a Dream a Dream facilitator, leading reflections during an after-school football session.

These models of leadership cultivation are crucial to the discussion of sustaining non-profits. The vision and work of non-profits greatly depends on the personality and background of its leaders [4]. By cultivating leaders from communities that they serve, organizations like Aarohi and Dream a Dream are not only sustaining their organizations, they are allowing representation of such communities in their leadership. This makes the organization more sensitive, culturally aware and allows it to smoothly transition to local leaders from the community to serve their own community. Eventually, such sustained leadership could and should make external interventions obsolete. A community can then assess its own strengths and weaknesses and craft sustainable solutions to existing problems.

Arya is serving as an American India Foundation (AIF) Clinton Fellow with Dream a Dream in Bangalore, Karnataka. For her Fellowship project, she is creating videos to increase awareness about the importance of life skills in empowering young people from vulnerable backgrounds to flourish in today’s fast-changing world. Arya is a social entrepreneur who has worked with underprivileged communities in Pune to advocate for equal educational opportunity for all students. She is the founder and CEO of Jazz Hands Foundation, a nonprofit organization that teaches English using drama. Through her nonprofit, Arya has worked towards organizing more than 500 student volunteers to teach English to understaffed schools in Pune. Arya graduated magna cum laude with a Bachelor of Arts as a double major in Digital Multimedia and Environmental Studies. She is the recipient of the Marlene Sanders Award for her documentary “Stray,” which reports on the issue of a growing population of stray dogs in developing nations. Arya has also worked with the national employment law firm Sanford Heisler Sharp in New York, where she assisted victims of gender, age, and race discrimination. She primarily focused on the Dartmouth case where she assisted the firm in representing nine plaintiffs with claims of sexual assault, harassment and gender discrimination against the university and its professors. As an AIF Clinton Fellow, Arya hopes to keep finding new avenues to empower youth in the country to serve marginalized communities.

2 thoughts on “Key to Sustainability: Pass the Baton to Local Leaders”