In India, National Safe Motherhood Day is observed on 11th April every year. India’s MMR (Maternal Mortality Rate) has declined in recent years, which is good news for the nation’s mothers. The latest figures show that improvement is possible. To do so requires sustained momentum and targeted interventions. In an article penned by Dr. Amit Chatterjee, AIF’s Director of Public Health, he lists a few areas of attention that can help to save the lives of mothers and aid in their healthy pregnancy and childbirth. During the current COVID-19 pandemic, pregnant women may be prone to severe respiratory complications, and thus require extra caution against acquiring infection.

From conception through to birth, a child’s health is very closely linked to the mother. The pre-delivery phase is a particularly important stage in the continuum of care. The World Health Organization (WHO) recommends at least four ANC visits during pregnancy. In India, the guidelines suggest that along with a minimum of three ANC visits, a woman should receive two tetanus toxoid (TT) injections and consume 90 or more iron-folic acid (IFA) tablets.

Some of the issues that form part of the consultation during ANC visits include making a plan for transportation to a health facility during labor, recognizing the danger signs of serious health problems during pregnancy, childbirth or soon after, and identifying and making arrangements for a blood donor if needed. We know that such counseling can play a significant role in averting morbidity and mortality of both mother and newborn. It follows, therefore, that re-enforcing these messages with more visits is not necessarily a bad thing.

The growth of the fetus including vital parameters is also monitored during the ANCs. Not having regular ANCs may lead to pre-existing diseases during the pregnancy such as diabetes, hypertension, anemia being missed leading to complications to both mother and the child often leading to preventable fatalities. Tetanus may be a complication post-delivery if the pregnant woman has not been immunized with TT (tetanus toxoid) during the ANCs.

Malnutrition in pregnancy can lead to several complications, including life-threatening postpartum hemorrhage (bleeding). Almost 58 percent of pregnant women in India are anemic and it is estimated that anemia is the underlying cause for 20–40 percent of maternal deaths in India. Folic acid is one of the most important requirements for a pregnant woman.

Iron deficiency is a common problem among Indian women and, during pregnancy, one must ensure that this need is addressed. Raisins, beans, spinach and meat (mutton) are some of the iron-rich food items that are readily available, and an easy way to consume them is to cook them with potatoes (an Indian staple) or oranges. The Vitamin C content in the latter is a catalyst in iron absorption. Vegetarian women who are expecting need to consume plenty of pulses and lentils to ensure that they meet the necessary protein intake. Dal is an important source of protein. In addition, green leafy vegetables and tubers should also be consumed. Other important nutrients required during this crucial phase include fats and vitamins which are as important for the growing baby as they are for the mother-to-be.

Only two in five babies across the world, are breastfed within two hours of birth – the golden hour that gives them the best chance to survive, grow and develop.  Colostrum is the first milk produced by the mother and has many benefits for the newborn. It has many benefits for the newborn: It helps the baby to build a strong immune system; creates a tough coating on the baby’s stomach and intestines to keep germs from causing illness; and acts as a laxative to help your baby pass her / his first stool, meconium. Colostrum is the baby’s first immunization. WHO also recommends exclusive breastfeeding for the first six months of life. Breastfeeding contributes to the health and well-being of the mother. It helps reduce the risk of ovarian cancer and breast cancer by as much as 25%. It also aids in the spacing of children. While breastfeeding is a natural act, it is also a learned behavior.

AIF’s Maternal and Newborn Survival Initiative (MANSI) provides preventative and curative care for both mothers and newborns all the way from the individual household to government health facilities to ensure new mothers and infants have the care they need to prepare for, survive, and thrive during and after pregnancy. Till date, MANSI has served over 100,000 newborns and trained over 4000 ASHAs across 4 states of India. Designed to reduce maternal and child mortality in rural, impoverished areas, utilizes a public-private partnership model to provide the resources and support required to empower local communities to care for their mothers and children while improving the local health system. 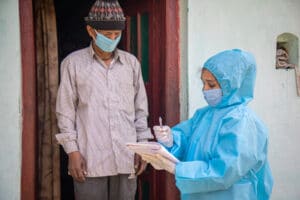 One thought on “NATIONAL SAFE MOTHERHOOD DAY: Tips to Ensure a Safe and Healthy Pregnancy”