Rachel’s Fellowship is made possible by the Rural India Supporting Trust.

India is the biggest democracy in the world. In a democracy, the election is very important as it is a big test of democracy in action. It is through elections that people participate in the formation of the government. They become the participant in decision-making through elections. In India, every citizen above the age of eighteen has the right to vote. They cannot be discriminated on the ground of caste, community, sex, or creed. Voters are “free to exercise their power in favor of the candidate of their choice”.

The blog addresses the inclusiveness and accessibility for Persons with Disability (PwD) in the participation of decision-making. The right of the citizen of a country including persons with disability to participate in the decision-making process through exercising their Universal Adult Suffrage. Democracy is a government of the people, for the people and by the people, it is important to note that none of the citizens of India should be left behind. Keeping this view in mind the Chief Election Commissioner directed that forthcoming Lok Sabha Elections 2019 should be made most friendly for voters and all necessary facilitation should be provided specially to gender, persons with disability, and senior citizens. And therefore the motto the election commission chooses is “No Voter to be Left Behind” (Election Commission, 7 Jan. 2019). 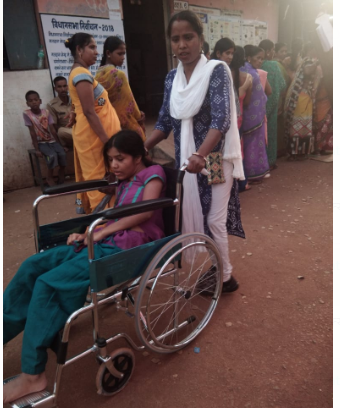 The election commission through the Systematic Voters’ Education and Electoral Participation (SVEEP) have put forward the “Assured Minimum Facilities” to make the polling stations more accessible for the PwDs that there is inclusiveness in the decision-making of the country. There are signage, help desk, polling booth at ground floor, obstacle-free wide leveled pathway from entrance to voting compartment, ramp as per GOI standards, accessible toilets, drinking water, separate entry and exit, lighting, accessible furniture, braille ballot guide, adjustable braille embossed electronic voting machines, wheelchairs, booth volunteers, and display of accessible posters on information pertaining to voting (The Statesman, 24 March 2019). Other facilities available for voters with disabilities during elections include free transport facility being made available to all persons with disabilities in the local public transport system. There will be a dedicated parking system for vehicles of voters with disabilities. Priority entry is provided to voters with disabilities and those with reduced mobility or physical functions, without having to wait in the queue at polling booths. Voters with disabilities can bring their companion to assist them till voting compartment if they wish to. In case of assistance by the companion is required in voting as well, form 49A should be filled by the companion. The companion can vote immediately after the person with disability votes. Alternatively, a voter with a disability may take the assistance of a booth volunteer or presiding officer as well, if they desire so.

However, the facilities under SVEEP programme are faced with execution issues and obstacles, making the ground realities different. Though the availability of vehicles for PwDs is made on the day of the voting day, there are no proper guidelines of the accessibility criteria and many cases where the buses used for PwD transportation were not accessible for them. There is an issue of prior assumptions by the person in the polling booth by providing company for assistance if the voters are PwD and most cases they might influence the voting procedure. They also lose their self-esteem and such attitudinal barrier can harm the PwD voters. Wheelchairs are made available in almost all the polling station but most of them are not functioning. There is a lack of sensitization among polling officials and those in charge in the ground for ensuring accessible and inclusive elections. Inaccessible communication systems prevent access to information, knowledge,  and opportunities to participate. Lack of services or problems with service delivery also restrict the participation of people with disabilities and often create environment barriers. 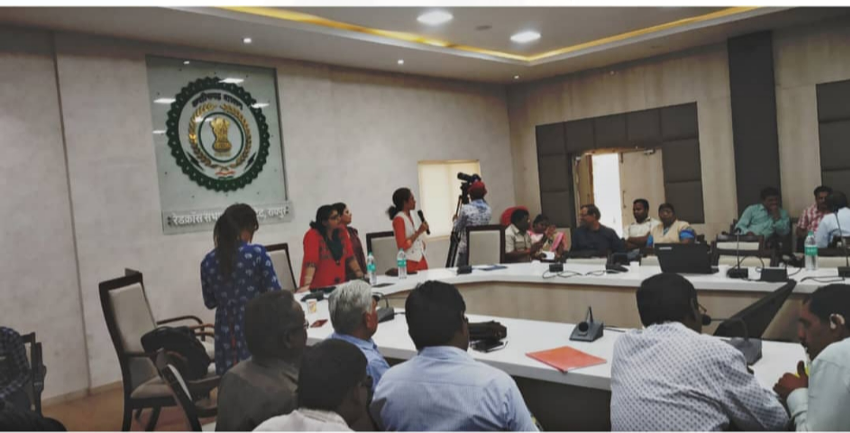 Voting is important because one exercises the rights to be part of the decision-making process of the country. PwDs are often excluded from the most important process because of either attitudinal barriers or environmental barriers. Besides, most PwDs also lack self-confidence and have psychological barriers that they have made about themselves and their inability to participate in any social activities.

The Samerth Charitable Trust, my host organization, has been actively involved in working closely with PwDs in addressing these attitudinal, environmental and psychological barriers faced by PwDs in the election process. Though there have been many provisions available for the Persons with Disability by the Election Commission, the ground reality is often starkly different. Hence workshops, short films, and videos on accessibility election under Samerth with the Election Commission were conducted to bring to light the issues faced by the PwDs in the polling stations. They also created awareness among PwDs the facilities available for them and the importance of casting their votes. Inclusiveness of the PwD in the greater society can be done only when they exercise their rights like any other citizen of the country. 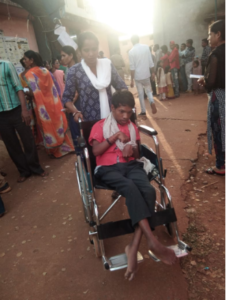 Last year in the State Election in Chhattisgarh, there have been many PwDs who exercised their rights for the first time under the awareness program of Samerth Charitable Trust. Among them were Dinesawari Duru, Tashad Duru, and Liladhar Duru. All three of them have multiple disabilities. However, with the awareness program initiated by Samerth, they voted for the first time in their lives. Prior to the casting of votes, information about the parties was given and although they have multiple disabilities, they demonstrated a perfect sense about their surroundings. Hence they had knowledge about the candidates. There were facilities like a vehicle for them to come to the polling station and a wheelchair to take them inside the polling station. Since they cannot move their arms freely, they got people to accompany them and they cast their votes. They were very excited and happy since they felt part of the society otherwise they are often looked down or neglected.  It also helps in their self-esteem and being more included.

These are among the many who have voted for the first time. It is important that the PwDs exercise their voting rights and with the available provisions for PwDs made by the government. The government has made available facilities and provisions for accessibility and inclusive elections, however, at times the ground realities may be different. Hence non-profit organizations like Samerth Charitable Trust should continue to bridge the visible gaps in achieving an inclusive and accessible country for all its citizens. So that “no voter should be left behind”.

Born and brought up in Nagaland, in the Northeastern part of India, Rachel always wondered if people could make use of the abundant natural resources in such a way that it would help improve livelihoods in a sustainable manner. Having completed her graduation in Political Science, she is keenly interested in understanding the intricacies of different aspects of rural areas. This motivated her to pursue a Master’s in Development Studies from Tata Institute of Social Sciences. During these two years, she volunteered in Care and Support Society, Nagaland, gained experiential learning with People Action for Creative Education, Telangana, as part of the course curriculum, and undertook an internship with Rajasthan Grameen Aajeevika Vikas Parishad, Rajasthan. She had worked in broad areas like livelihood for persons with disabilities in Nagaland, rural development in Telangana, health and gender related issues of the rural communities in parts of Rajasthan. Through the AIF Clinton Fellowship, Rachel aspires to gain in-depth knowledge and develop perspectives on development sector initiatives, challenges and probable solutions to these.