Despite winning Hollywood’s highest awards, Slum Dog Millionaire did not impress many in India. In fact, it was found offensive. The criticism came from all sides. As Amitabh Bachchan, a Bollywood icon, rationalized: “If Slumdog Millionaire projects as a Third World dirty under belly developing nation and causes pain and disgust among nationalists and patriots, let it be known that a murky underbelly exists and thrives even in the most developed nations.” Indian media stated that had it been an Indian, and not the British Danny Boyle, that made the movie, the West wouldn’t have loved the Indian subplot, which they claimed was simply “not believable.” Slum residents in Mumbai boycotted the movie by raiding theaters, protesting that they were humans, not dogs. And my closest family living in India said that the movie grossly misrepresented the real India. 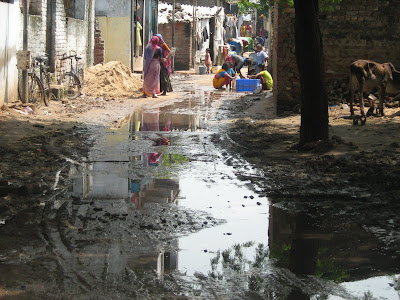 An Ahmedabad slum which lacks electricity, sewage systems and infrastructure.
Working for Saath, an NGO focused on slum development, for the past six months has allowed me to see glimpses of the real . I live in Ahmedabad, a city seemingly immune to the global recession. Here, instead of foreclosure signs and empty shopfronts, you see construction on mega malls and highways proceeding apace. But this local and national economic boom has allowed the mainstream to disguise, rather than bring attention to, the condition of the urban poor. As Ahmedabad expands, the wealthy move farther away from the slums, and the urban poor simply continue to go unnoticed, out of sight and out of mind. Moreover, this same expansion is actually accelerating slum growth. Economic development has ushered in new livelihood opportunities, and rural migrants from adjacent states are flooding the city. Unfortunately, the city is not prepared (and has never been) to accommodate the influx; a lack of information regarding basic services, employment, and housing forces migrants to the slums. And so the cycle of deprivation continues for the urban poor.

Regardless of the discrepancy between how the film was received internationally and in , Slum Dog has brought much-needed attention to the scourge of urban poverty. This, in the face of many Indians still living in denial about the poverty in their midst. During a meeting with a domestic Indian call center last week, we mentioned that 40 percent of Ahmedabad’s population lives in slums. Partly shocked and partly embarrassed, the call center manager admitted that even after living here for 15 years, he thought the slums represented, at most, 5 percent of the population. 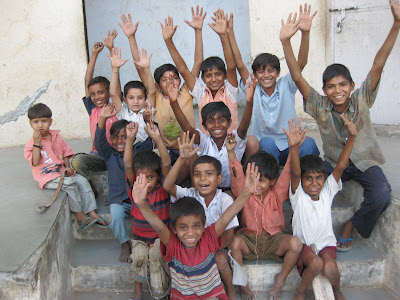 “Raise your hands if you like school!” Children in the Behrampura slum.

For the past 20 years, Saath has specifically targeted, rather than ignored, the urban poor. Hindi for “together”, Saath recognizes the 4.5 million living in slums as a market – a market of consumers and producers. I work with Saath’s vocational training program, Umeed. Despite a national population exceeding a billion people, Ahmedabad’s service sector is still in need of labor. As such, we train slum youth in computers, conversational language and customer service. The students are school dropouts currently unemployed or selling street food or driving rickshaws that are looking for security and consistency. We then find them jobs at restaurants, call centers and hotels; jobs in the formal and organized sector. The premise is similar to the hiring practices we utilized in investment banking—mentality and attitude can be even more indicative of success than background. 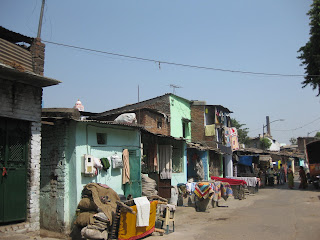 A developed slum where SAATH helped slum residents prove that they are capable and willing to pay for infrastructure and electricity. Improved slums and increased sales for the private sector, a win win.

Based on my past experience in finance, part of my work has been to make the model sustainable through micro lending and corporate payments, especially as international foundation dollars dry up in the midst of the global economic crisis. As such, we conduct meetings with potential employers, like the aforementioned call center, with the hope of, first, for them to hire our students, and second, for them to pay for our services so we can reinvest in the training. Encouragingly, the private sector is responding. As long as their employees are capable, the private sector and general market does not—and should not—care about where they come from. Now the goal is to change the mindset of the rest of mainstream . 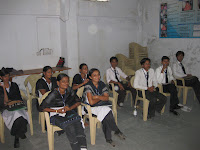 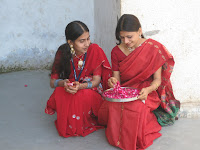 (from left to right) A BPO class at Umeed; a new call center employee; students in a cultural activity; my project – the Livelihood Resource Center.


The timid response so far, while not completely unexpected, has been surprising for its lack of focus and realism. To Mr. Bachchan’s point above, has poverty. And greed, corruption, racism, and war too. But we make movies that highlight our weaknesses. is often our government’s harshest critic. (Just look at Sean Penn).

I loved Slum Dog. It dealt with disturbing yet significant issues in and portrayed images of survival and hope. Poverty is widespread, not just in slums but all over ; 70 percent of the country lives below 2.5 dollars a day. There are an estimated 250 million children working in the unorganized, informal sector—almost the equivalent of ’s entire population. Communal tensions remain prevalent in . In 2002, riots ended with the killing of at least 800 Muslims across the Hindu-led state of . Many of the Muslim slums Saath works in today are a byproduct of these riots. 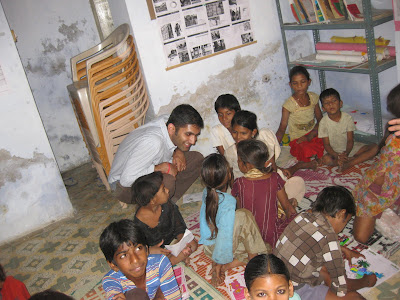 Although directed by a Westerner, Slum Dog is based on the Vikas Swarup’s novel “Q&A” In fact, the Indian author jabs at the fanciful, over-the-top themes common in Bollywood. Thus, the “implausibility” of Slum Dog should have resonated with Bollywood viewers. The dramatic love affairs and Herculean fight scenes provide an escape for movie goers and this fantastic model has been replicated successfully, netting billions. But Slum Dog did not win over Indians; perhaps because the Indian mainstream did not identify with the character or did not want to confront their own ideologies.

Moreover, the claim that “only in the movies” could a slum kid win gameshow, is inherently discriminating. It presupposes that the urban poor are incapable of achieving or performing out of their given environments. These stereotypes push urban slums deeper into poverty and simply perpetuate an unacceptable status quo. Saath’s inclusive programs like Umeed (Hindi for hope) suggest a very different reality, with a more hopeful, sustainable future for the urban poor.

Just last week, at a friend’s wedding, I ran into Vijendra, a former Umeed student from the Vasna slum that I had helped train. In six months, he went from jobless to earning a respectable salary as a server for a wedding catering company.
After hearing about the protests of slum residents, a co-worker wondered out loud whether these people had actually seen the film or if someone had told them that they should be outraged. I showed the movie to residents of a nearby slum who are part of Saath’s Community Video Unit, a group of slum residents (men, women, Hindus, Muslims) that makes short films on social issues. Their unanimous response: “Masth” (Gujarati for best). They identified with the imagery of the film and found inspiration in Jamal’s survival spirit. They loved the direction and music and thought both would be useful as they continue capturing slum issues in their movies. 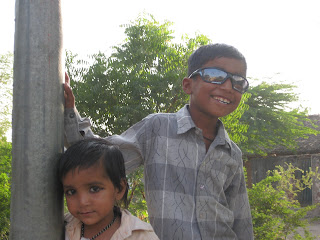 On a personal level, I did not know how to respond to my family’s take on the film. We have politely argued before on sensitive issues like ’s poverty and communal relations. So when my cousin’s family did not like it, I was not surprised. But I did not argue with them. They have lived in and experienced far longer than I have, and while I disagree with them, I respect their views.


However, afterward, my cousin’s nine year old daughter, Kanisha pulled me aside and told me the following story: “At school yesterday, our “Mam” (teacher) told us that she saw Slum Dog. She didn’t like it. She said it wasn’t a true image of .” I started to interrupt her, but she stopped me and continued. “So today on the bus, me, Prutha and Janvi [her two best friends] called Mam to our seats. We were passing the same kind of area where you work, Ricky Bhai, and we told Mam to look out the window. We pointed to little kids sleeping on the street and said to her, ‘Mam, is this not also ?’” 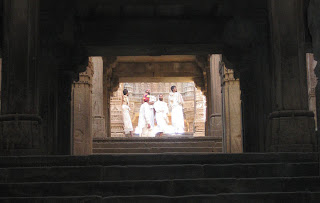 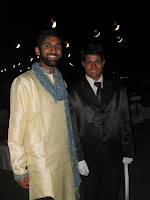 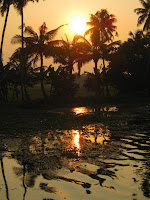 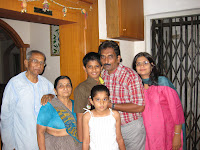 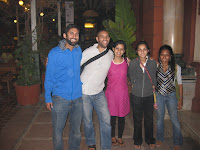 (from left to right) Ahmdedaba’d stepwells; Vijendra, a former Umeed student from the slums now working at weddings; a Kerala sunset; My family in India; AIF fellows in Ahmedabad.

2 thoughts on “Only In The Movies, by Rick Desai”