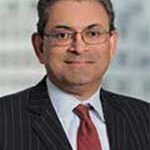 Jay leads the Financial Institutions Litigation & Regulation practice at Jones Day, and is a member of the Advisory Committee, a governing committee that advises the Managing Partner of the Firm on issues of strategic importance to the governance and growth of the Firm.

Jay has been recognized by Chambers USA as a “Leader in Their Field” since 2013. In 2014, he was nominated as a Complex Financial Products Expert by the Panel of Recognized International Market Experts in Finance (P.R.I.M.E.), an institution established in The Hague to help resolve, and assist judicial systems in the resolution of, disputes concerning complex financial transactions. The panel is comprised of over 100 legal and financial experts from around the world, including leading judges from several jurisdictions. Jay recently spoke on a panel at the P.R.I.M.E. Conference in The Hague titled “Highlights in Recent Financial Litigation: A Case for P.R.I.M.E. Finance” at which recent case law regarding complex financial products was discussed.

Jay is an active member of the South Asian Bar Association of New York (“SABANY”) and was awarded their Corporate Leadership Award in 2011.

At Jones Day, Jay advises clients on litigation concerning securities, derivatives, and other complex financial products including credit default swaps and collateralized debt obligations. He frequently deals with cross-border issues and is well-versed in navigating international discovery and judgment enforcement. He has broad litigation experience under federal and state consumer protection and disclosure statutes and routinely provides pre-litigation advice on documentation and risk mitigation concerning CDOs, swaps, and other derivatives.

Jay has led several major representations at Jones Day, including:

Jay regularly authors articles on topics such as CDO and derivatives litigation, high yield debt, financial services regulation and the potential emerging markets debt crisis. He has been published on Metropolitan Corporate Counsel, Mondaq, and the Harvard Law Forum. Jay is also a frequent speaker on these topics at various national conferences, as well as one-on-one with Jones Day’s large financial institution clients, including Bank of America, BNP Paribas, Citibank, Deutsche Bank, Société Générale, U.S. Bank and Wells Fargo. He has been interviewed by Bloomberg.com and FT.com on such topics, as well. Most recently, he was interviewed about emerging market debt by The Street in a TV segment titled “Beware Emerging Market Debt in Your Portfolio.”

Personal: Jay and his wife of twenty years, Priya, live in Rye, New York with their two sons, Neel and Sameer and their pampered pooch, Pepper. Jay is an avid golfer and an enthusiastic supporter and promoter of the AIF’s Annual Golf Outing.