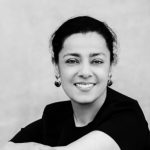 After a 20-year career in Advertising, Masha took a bold leap into film-making. For the past two years, Masha has been producing a socio-sports feature film called “Doosra: The Other Freedom Struggle of India.” Doosra is a story of how cricket changed India, told through the eyes of a young girl. The film has a fictional narrative woven around well-documented incidents from India’s political, economic, and sporting history at the turn of the millennium. A teaser trailer was released for the 2019 Cricket World Cup, which got a lot of organic press coverage and managed to cross 5 Million views over one weekend. The film is currently in post-production with a targeted release for 2022/23.

Masha honed her creative and professional skills at advertising agency Leo Burnett, where she provided strategic leadership across a broad spectrum of clients including P&G, Walt Disney, Kellogg’s, Allstate, and Sprint. She specialized in diagnosing the way people think, feel and behave toward brands. As SVP of Insights and Strategy, Masha was responsible for building the agency’s strategic approach and growing business through thought leadership.

As a first-generation immigrant herself, Masha leads a broad range of community and cultural endeavors connected to India. She serves on the Council of Governors for the American India Foundation, for which she leads an annual online crowd-funded campaign to educate children of migrant workers in India. Masha also helped launch AIF’s Circle of Hope–a giving circle of women philanthropists that brings together mothers and daughters in Chicago to improve social and economic opportunities for girls and women in India.

Masha holds her Master of Science in Integrated Marketing Communications from Northwestern University and a Bachelor of Arts in Economics from the University of Delhi. She lives in Chicago with her husband and their two young children.