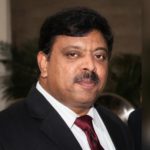 Mathew Joseph is the Country Director of the American India Foundation (AIF) based at New Delhi. In this role, he oversees AIF’s India operations across 6 signature programs in 24 states of India. Mathew has 23 years of experience spanning the development sector, working with the government and the private sector, with technical expertise in advocacy, behavior change communications and social marketing. Prior to joining AIF, Mathew was Country Director for India with Pathfinder International, a Boston-based public health organization, where he successfully led multiple programs in the area of family planning, maternal health and adolescent health. Under his leadership, the organization witnessed rapid growth with the award of several large grants from various donor organizations. He also served as a member of the Board and Managing Director of Pathfinder International India, a non-profit company registered in India, and facilitated several CSR partnerships with large Indian companies.

Amongst the other organizations, where Mathew has served in his career, are as Country Director, Micronutrient Initiative (now Nutrition International), Regional Director of Population Services International (PSI), and the National AIDS Control Organization (NACO), under the Ministry of Health & Family Welfare, Government of India. He has also served on several boards of non-profit organizations and government-run societies and was on a number of committees, advisory bodies and working groups set up by the Government of India and various State Governments. He holds a Masters in Business Administration and has worked as the Creative Director of a reputed advertising agency before finding his true calling in the development sector – as a leader, fundraiser and advocate.

Mathew is an avid birdwatcher and prize-winning photographer. He spends his weekends mentoring young birdwatcher enthusiasts. His work has been featured in the National Geographic and displayed in several art galleries across India.