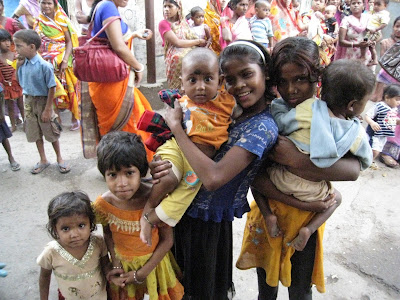 “Today, India accounts for the greatest burden of newborn deaths in the world. An estimated 908,000 newborns die each year in India alone (2009 estimates) – accounting for 28% of the total global burden of neonatal deaths and a staggering 55% of under-5 deaths in India.” –Healthy Newborn Network

Fakir Bagan, the slum neighborhood where Calcutta Kids works, has a population of 20,000. In a baseline survey in 2006 at the beginning of their work, Calcutta Kids found that 30% of women had a pregnancy in the previous three years where the newborn died. Since then, infant and maternal mortality for the neighborhood has been zero. To me, this reflects the enormous success of an NGO providing real public health to a community. I feel so fortunate to be a part of it. 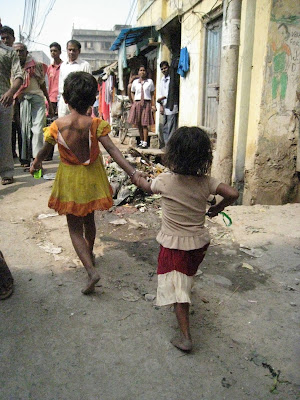 The focus of Calcutta Kids is on prevention, and early detection of problems so that severe illness and death does not occur. In the past two months, I have had the opportunity to witness new mothers with day-old babies receive counseling from local community health workers; dehydrated children with diarrhea revitalized through ORS; children receiving immunizations on schedule by caring medical staff; children and pregnant women receive health care, growth monitoring, and medications where needed; a newly launched community group of malnourished children and their mothers; nutrition counseling and supplementary feeding programs; and countless other individual acts to directly improve health. 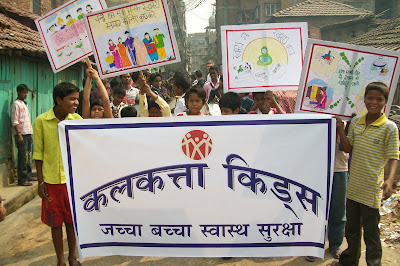 Calcutta Kids’ programs are evidence-based,  and sometimes there is added creativity that makes it really fun. Monday was Children’s Day, and to celebrate, Calcutta Kids had a parade through Fakir Bagan. It started with children carrying a banner, others carrying signs with health messages, a band of nine drummers from the neighborhood, and a health worker on a rickshaw with a loudspeaker providing information on Calcutta Kids and health messages for families. About 200 women and children joined in the parade that went throughout the slum for over 1 hour. It was hot, loud, and really fun. It was great to get the community involved and to try to reach a few more families that might not be aware of all that Calcutta Kids has to offer. 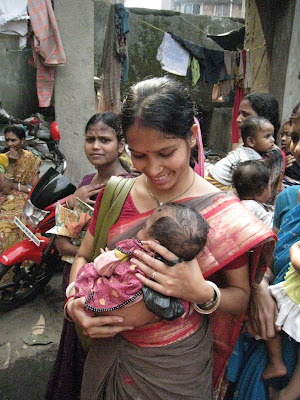 Day to day, our community health workers, armed with umbrellas and clipboards, enter the community and meet with women in their homes, to provide knowledge and skills that can help the entire family. As a recent MPH graduate, this experience has been incredible so far. Although India as a nation may have the highest infant mortality in the world, the basic work of Calcutta Kids ensures that, at least in Fakir Bagan, things are much better. I am seeing lives saved every day through public health in action, and that is really amazing.