One night back a while back my purse went flying out of an autorickshaw on Outer Ring Road, one of Delhi’s busiest arteries. It had what in that moment of panic seemed to be “everything” in it — my wallet, phone, house keys. By the time the driver was able to pull over to the side of the road, I was sure the purse was lost, either crushed under the wheels of a car or picked up by someone in greater need of its contents.  And guess what?

A couple of minutes of zooming traffic later, the bag came back to me fully intact, in the hands of a daring friend, with the help of dumb luck.

It feels like this experience — panic followed by more panic followed by a combination of sweet relief and sheer disbelief — is one I’ve had more the past few months than in most other periods of my life.  It’s tempting to roll this observation into a sweeping statement about India, and roll it I might have, overlooking the fact that the experience probably has at least as much to do with being any place that is (relatively) new and an endless number of other qualifiers.

But then a couple of very sad things happened in the lane next to my house and the line that had been playing in my head — “wow, things really have a way of working out in India” — came back to me like a slap in the face.  It was a ready symbol, really, that purse, because let’s say it had been crushed by a car: everything still would have been completely fine.

I am reminded, time again, that this is one of my most astounding privileges — not just what I have, but also the safety net I have to catch me.  I confront and inhabit inequalities in so many more visible ways, yet this is one that strikes me most. 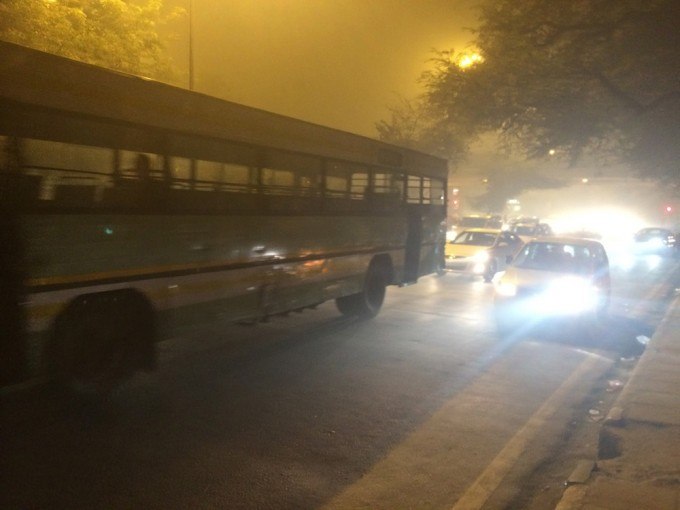 Anastasia's interest in education originated from her deep appreciation of her own teachers and grew because of her belief in the importance of education to social change. For the past three years, she has taught high school history in Providence, Rhode Island. She has also had

a lifelong interest in South Asia, born out of her familial heritage on her father's side. In college, she spent a semester at St. Stephen's College in Delhi, conducted research on colonial education policies at the British Library, and wrote her thesis about the United Nations humanitarian involvement during the creation of Bangladesh. She also participated in initiatives aimed at improving educational opportunities and access to social services for underserved communities. Anastasia is honored and excited to join the Central Square Foundation as a Clinton Fellow.