She came to them in the night. They were scared, at a loss, and gave no consideration to hope, but she sought them out and came. She brought her proper black bag filled with all the necessities, yet more than anything she approached the household with confidence and determination. She had already considered hope.

They had returned from the hospital only a few hours prior, with the new mother who stepped into motherhood just a few months early, holding her baby who embarked on the world just too soon. The little one barely took up space of .95 kg of mass in this new, spacious world she just entered and the doctor’s saw no possibility of her gaining embodiment and growing into her space in the world. The medical professionals said it was just a little too late and sent them home to the village to console their pre-emptively damned but just not yet happened loss. And yet She came; She saw just enough life to hold tight and coax into place. 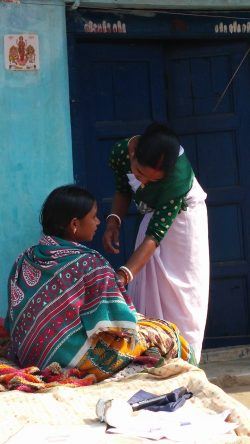 She, the Sahiya, the designated community health worker of her village, came every day. She taught the family how to utilize kangaroo mother care – put the baby skin to skin contact because body temperature will give the infant more warmth than a mere blanket. The baby had not yet developed the facial muscles necessary to suckle milk. Thus, the Sahiya fed the tiny infant at every hour or two with a small device that gently dripped milk into the feeble mouth. Her upmost attention and dedication continued for weeks upon weeks, and after an exhaustive amount of hope and patience the tiny baby girl gained 3kg after 2 months.

It was 6 months later and soft fat rolls bulged from the infants little thighs and arms, a wonderful indication that she was slowly but surely becoming healthier…not quite the right size of a 6 month babe but at least (blessedly at least!) she was filling in her space in the vast world…

She lives with the rest of her village on the outskirts of Similipal Biosphere Reserve; the forested park filled with shy and stealthy tigers, trumpeting elephants, and bustling honeybees. Each day she toils – one season she gathers wild potatoes from the forest, the next season she gathers Sal leaves to make leaf plates, then another, and another, and another. Her life is based upon the seasons, the various times when certain crops or NTFPs (non-timber forest products) are available. She and her village depend upon them heavily – it is their means of livelihood, medicine, and food. These seasons and their bounty are deeply ingrained in their, in her, traditions. 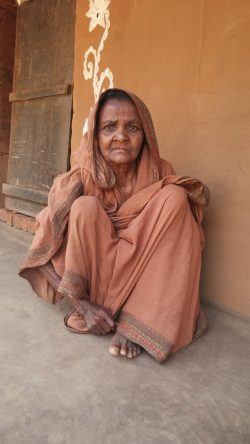 There is a particular season that comes with a cultural practice passed down for many generations that she herself participates and has taught others to do the same. It is the honey hunt. The time of gathering honey from large cliffs or looming cliffs and requires the utmost skill and daringness. And she is well prepared. Taught by her father and mother before her: she understands the looming dangers of the forest and how to evade them; she is familiar with the tasks of scaling trees while balancing tools, while attempting to prod honey combs; she realizes the need for this forest commodity, both for herself and the rest of her people. 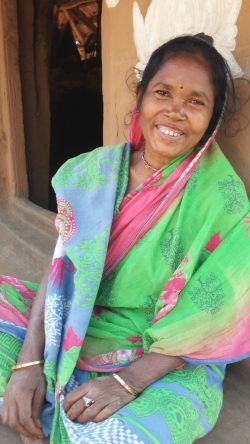 She willingly faces these challenges every year to gather this sweet gold. It is not a man’s domain. She, too, preps the necessary tools to climb and gather honey from the large trees. She, too, walks deep into the forest at the break of day and begins the collecting at the start of dusk. And she, too, will climb the trees and confront the imposing hive to retrieve the coveted forest sweet. She, too, will face insurmountable dangers, such as the wild tiger or herd of elephants, and yet is sure to return every year. She, too, not only gathers the wild honey but also collects stories along the way, her own and of those who join her in the hunt, and returns to the village with both of these precious things – one to fill the stomach and one to fill the soul.

The Women of the East

During the public health thematic conference in Jharkand and work-related travel in Odissa thereafter, I had the unexpected privilege to interact with women, face to face, that blew me away. Such heroines can be found throughout history and present day news (albeit, not nearly enough); their stories revealing the great strength, audacity, and ambition of women. Once more, I was incredibly fortunate to meet them and hear their stories. The greatest theme I found that connected both sets of stories is these women’s utmost dedication to their communities and their determination to give, no matter the challenges ahead. I was deeply inspired and that is an understatement, yet I don’t have the words or language or proper thought to convey what they made me feel. At the very least, I can convey gratitude. A great thank you to AIF for providing me this opportunity with the Sahiyas in Jamshedpur and for Keystone/Last Forest affording me the chance to visit the honey huntresses of Odisha. My utmost gratitude to the women I had a mere two weeks to work with, and yet left me with a lifetime of impact.