My project at Video Volunteers (VV) centers around business operations. A typical day at VV starts at 10 a.m. and ends at 6:30 p.m. I am usually sitting at a computer buried in writing a manual, a grant or reviewing a strategic plan. Most of my work happens with the human resources team but I have done work with training and leadership as well. 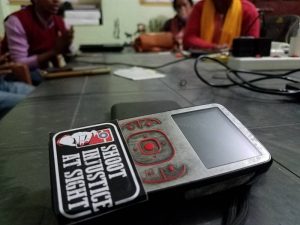 I had not really had an opportunity to do anything in the field even though Video Volunteers is operational in almost 200 districts in India. Initially, I was a little weary that I did not have work in the field. Although I was very interested in business operations, I wanted to experience the fullness of what Video Volunteers does.

The opportunity to visit a state office in Bihar was the perfect chance to experience the work of VV on the ground. It would give me a chance to put actual faces to the people that I wrote about in grant proposals and policy manuals.

I spent six days in Bihar and met with a dozen Community Correspondents (CCs) who are community media journalists for VV. This trip gave me a snapshot of what it means to work on the ground as a community media journalist. Our goal as a team was to document the process of creating videos from ideation to impact. I arrived in Bihar on a Wednesday and met up with the team at Bihar’s local state office. The State Coordinator along with five Community Correspondents met to discuss their work and how systems and processes work on the ground. The following days we visited several rural villages and met with CCs who talked about their work and showed us how they interacted with communities and government. I learned many things during this trip and experienced the impact that community media is making on individuals and families.

Community Correspondents create videos on an array of topics with a large portion of the videos covering entitlement violations. An entitlement violation is when a community does not receive benefits that are promised to them by the government. Community Correspondents work with the village to communicate this problem on video and then they show these videos to government officials who have the power to solve the problem. We went with CCs Suvendar and Zaffar who wanted to show our team how they interacted with the villages they worked with. We traveled to a village in the Arwal district that needed a water pump. 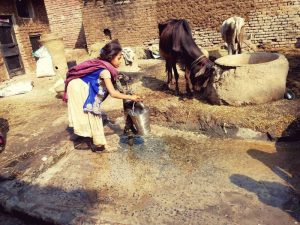 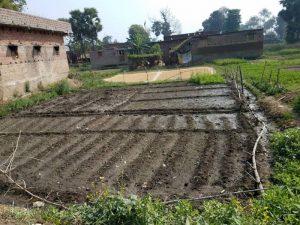 A large group gathered as we learned more about the issues that the CCs would cover. We could see that the community knew the CCs and they had a high level of respect for their work. Community members were very willing to share with us the issues that they faced. They showed us where the water pump was located in the village and communicated their concerns. One handpump had been privately installed and was used by 25 families. We gathered around an old well by the hand pump. Because there was a lack of a drainage system, the water from the handpump would drain into the fields, affecting field owners. After leaving the village, Suvendar took us to a government office to give a perspective on how CCs work with local government to get such issues resolved. He discussed how videos make a problem tangible for officials. 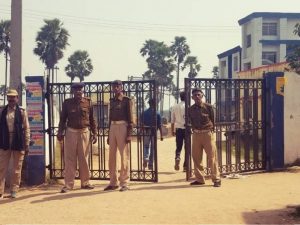 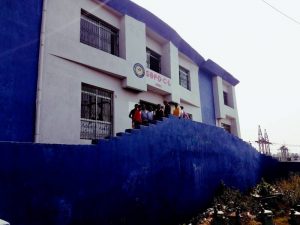 As we approached the small village in our large white SUV, dozens of people gathered outside. The community correspondent that we were scheduled to meet invited us to his home in a village called Gangapati. We sat with Mangnu and talked for about three hours, first outside and then in the space where we would sleep that night. 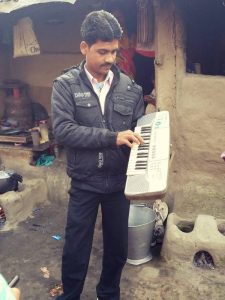 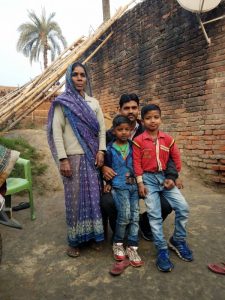 There were times in our conversation where he stopped everything to attend to his small son who had gotten in trouble with his mother. His commitment to his family was endearing and was by far more interesting than his description of his work with VV. He did not have a strategy or a method for his stories to achieve impact. He covered issues that needed to be covered and spent the rest of his time as a musician and with his family. The next morning we observed the family cooking breakfast for us as Mangnu took on a support role with his wife; as she cooked, he chopped the vegetables. Community Correspondent role is designed to be flexible so that individuals who may have other commitments can still get involved.

Like many other CCs, his work with Video Volunteers was not his only commitment. There were chairs lined up outside waiting for us to arrive. His wife made chai and several men gathered as we sat to have a conversation about Mangnu’s work as a community correspondent. Mangnu is a father of four boys and has worked with VV for several years. He was also a musician and, since wedding season was coming up soon, he was quite busy. We observed his interaction with his family. Of the few CC’s that we had interviewed so far, he seemed to be the most practical and down to earth. He did not brag about his connections in government or his ability to influence local leaders. For him, working with Video Volunteers was a second job that had the added benefit of helping his community.

Flexibility of Work for Female Correspondents

We met with Asha after a long day of traveling. We had been in the car for about 10 hours trying to locate her village. When we arrived, just as in all the other communities we visited—dozens of women and children swarmed the car—mostly children. They gathered to see what was going on. What was this disruption? 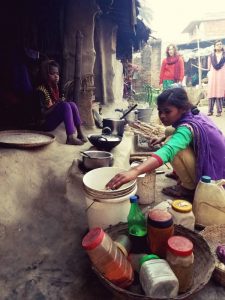 We waited and shortly, Asha met us and let us to her home. She sat across from us telling about her work as a community correspondent. This work was empowering to her. She married early and did not finish her education so she emphasized the importance of education with her children.  Being a community correspondent gives her the flexibility to take care of her family and work a schedule that does not cause her to compromise her domestic work.

This was something that we noticed with multiple female community correspondents. They mentioned that they appreciated the flexibility to complete their VV work after completing their domestic work. Asha shared that her husband often went with her to government meetings and community events. This is, perhaps, a benefit in speaking in different areas.

We met Guddi and her husband near a train station in Sitamarhi. We had a plan to do a screening for one of the communities that she worked with. Guddi explained that in addition to VV work, she worked in a hospital and that her work with VV was helpful. Although many boasted of getting involved with VV for noble causes, Guddi shared that although she believes the work is for a good cause, the money was a key factor for why she does the work. Guddi’s husband accompanies her to many of her community screenings and he supported her throughout the process. We arrived in the village and began the set up for the screening. People began to gather and we could sense the anticipation from the crowd. We realized that we did not have the appropriate cord to connect the projector but at this point, we knew that there was no turning back–the group was so excited we knew we had to figure out a way to share the video. One of the men from the village brought the appropriate equipment and right as we complete the setup, the power in the village went out. Me and one of my colleagues decided to make animal sounds to entertain the children. After several minutes, the power finally came back and we were able to share videos with the group.

As with any type of technology, there is always the possibility of technical difficulties but when you factor in the nuances of a rural Indian village, the possibilities are exponentially amplified. 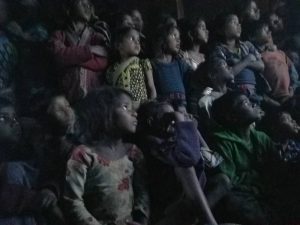 Community Media serves as an “ears on the ground” means to address critical issues such as entitlement violations and corruption. Video is an evidentiary tool that can act as an indisputable means of translating what is actually happening in villages and communities in comparison to what is being reported in statistics. VV could easily use a person from outside the community to cover stories and this would probably be easier because they would not have to necessarily train the reporters and could utilize someone who is already trained in journalism, a college student perhaps. However, VV believes this would create a dependent community versus and an empowered community and the solution is in empowered communities. It is not just a means to an end for Video Volunteers but the “means” of using Community Correspondents is also an intentional strategy to empower individuals. Having an opportunity to meet Community Correspondents in Bihar and hear the array of perspective and experience definitely helped me to better understand the experiences of VV’s Community Correspondents.

Crystal is a national speaker, author and foster care advocate. She uses the arts to promote individual and community change. Crystal graduated from Emory University with a B.A. in English, Creative Writing and Theater Studies and received her MBA from Georgia State University with a focus in organizational management. Crystal has also worked with child welfare organizations in Georgia in the areas of marketing and communications, strategy and implementation, fundraising and community mobilization, and training and curriculum development. She has also volunteered as the theater director for the teen ministry of an international ministry. Crystal has served as a member of Georgia Governor’s Council for child welfare reform, she is certified in Life Stories® Theater curriculum, and she is a founding member of an advocacy group for foster youth in Georgia called Georgia Empowerment. Crystal is also a young fellow for the Jim Casey Youth Opportunities Initiative through the Annie E. Casey Foundation. Crystal has traveled the nation as an advocate for foster children and uses her gift of spoken word poetry to challenge and motivate audiences. Crystal’s mission is to inspire people to use their gifts for good to leave their mark on this world in permanent ink.