Violence against women is an ubiquitous issue affecting one out of three woman worldwide.[1] In the context of Delhi, specifically, the statistics are particularly staggering as most crimes of violence are under-reported, normalized, and considered a family issue by law enforcement.  A 3 March 2015 article by IPS reports that, according to the most recent government household survey 40 percent of women have been abused in their homes; while, according to an independent survey supported by the Planning Commission of India, the number is closer to 84 percent.[2] 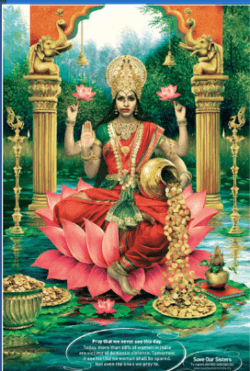 According to a 2013 article published by UN Women, a household survey conducted from October to November 2012 by UN Women and the International Center for Research on Women (ICRW), reports that “nearly 73 percent of women [in Delhi] said they do not feel safe in their own surroundings … and reported feeling unsafe all of the time”[3] In some places, it seems to have increased despite stringent laws in place.[4] According to the Indian Crime National Crime’s Bureau (“NCRB”), violence has increased with the rates increasing from 41.7 to 53.9% between 2012-2015; domestic violence has also increased by 8%.[5] These numbers are speculated to have increased due to an increased reporting by women.[6]

In 2005, Parliament passed the Protection of Women Against Violence, Act (“PWDVA”) to provide a more holistic remedy to victims of violence to address the economic, mental, psychological care for victims of domestic violence.[7] PWDVA is a civil remedy for victims: unless an interim protection order or protection order under the legislations has been violated, no criminal penalties may be imposed by the court under PWDVA.[8] The PWDVA is also applicable for cases even when the domestic violence occurs prior to the enactment of the act if they are ongoing acts by the respondent that are considered as domestic violence.[9]

PWDVA has various provisions to address not only the immediate protection needs of the victim, but also addresses their housing and financial needs by providing them protection from dispossession from their shared household and compensation for their long-term physical and psychological care.[10] The PWDVA was considered to be a novel solution to a deeply complicated issue. However, states are failing to implement it adequately leaving many victims waiting for months before their needs are addressed.

To address this lack of effective implementation of PWDVA within states, when it is evident that the states have failed to implement it adequately, High Courts have initiated cases on their own against the state. For instance, the Gujarat High Court in Suo Motu v. State of Gujarat issued a judgement order based on a scathing newspaper article.[11]

The article highlighted the struggles of domestic violence victims; several victims were told to wait three months before filing complaints due to a massive backlog as only one Protection officer was assigned to the whole district of Ahmedabad, and there were over 800 applications pending.[12] The Protection officer also lacked basic facilities to perform his/her obligations under the PWDVA as he did not receive his paycheck on time, was on an eleven-month contract, and lacked basic adequate amenities and resources to conduct his/her job, such as an office space. [13] The Gujarat High Court ruled that consistent with Article 8, 9, and 11 of the PWDVA, each state government must have proper mechanisms to enforce PWDVA within the state that can access the specific needs of each district.[14] Court further held that having one Protection officer in a district with more than 800 applications received in the last eight months is woefully inadequate.[15] The High Court further set down procedures that the state must follow when recruiting and employing Protection officers, such as commissioning only experienced female Protection officers for three-year term limits within districts. [16] The High Court also stated that Protection officers must be treated like public officers and should have the proper infrastructure and facilities to adequately perform these duties. [17]

In a similar case, petitioners alleged that the state of Bihar had failed to adequately implement PWDVA.[18] In this case, it was alleged that the state had failed to implement various provisions of PWDVA: 1) no service providers were provided for victims of PWDVA ; 2) no full-time Protection Officers had been appointed in the state; 3) no shelter homes had received notice about PWDVA; 4) no awareness about the law had been created by either the State or the central government.[19] The High Court held that that benefits available under the PWDVA must be implemented properly to assist the victims and enforced the following directives: 1) Protection officers must be appointed with three-year term limits; 2) service providers must exist to assist victims; 3) shelter homes must be given notice about the PWDVA; 4) sensitization training and awareness training must be provided to adequately implement the act. [20]

In both of these case, the states were severely reprimanded for making a “mockery of the Act.”[21] The courts in these cases stated that when State and Central governments employs schemes and laws to help women, the acting government officials must ensure that these are sincerely and adequately implemented to assist victims of domestic violence.[22]

[4] Canada: Immigration and Refugee Board of Canada, India: Violence against women, including domestic violence, homelessness, workplace violence; information on legislation, state protection, services, and legal recourse available to women who are victims of violence (2013-April 2015), 15 May 2015, IND105130.E, available at: http://www.refworld.org/docid/55681b04a.html [accessed 19 June 2017]

[7]Protection of Women against Violence Act, 2005, available at http://pwdvact.in/

[9] See V.D. Bhanot Vs. Respondent: Savita Bhanot, 2012, AIR2012SC965, Indian Supreme Court (The court reasoned that the separation from her husband at the age of sixty-three left the victim very vulnerable and these acts constituted domestic violence)

Pious is looking forward towards representing victims of Sexual and gender-based violence (SGBV), a severely marginalized group. She hopes to gain strong interpersonal communication skills and work experience required to be an effective human rights advocate. Pious is excited to be given an opportunity to live in a vibrant society filled with amazing food, culture, and traditions. Prior to AIF, she worked for various human rights organizations both domestically and abroad including UNHCR, Human Rights First, Department of Justice, Human Rights Law Network, among others. She received her Juris Doctorate and Masters in International Affairs from the American University, Washington, DC.