After 10 months in India, I’m left with a collection of evolving thoughts on a number of topics. Here’s a bit of what I’ll take with me.

During our Fellowship orientation, we were asked to define service. Everyone shared some poignant thoughts as to what service meant, but it was hard to offer a concise definition. Even still, I’m not sure I can define it simply, but my experiences this year have given me numerous examples of what service looks like in practice.

One of these examples is from my visit to Sevagram with BEMPU. Sevagram is a very small town, and it is where Gandhi set up his final home and ashram. Gandhi’s personal doctor at Sevagram eventually created a hospital and medical school there, now known as Mahatma Gandhi Institute of Medical Sciences (MGIMS). MGIMS is the first medical college in Asia that is entirely focused on rural community health, and their model of education is truly unique. When students arrive on campus, they first spend two weeks living by Gandhian principles—waking up early, meditating, partaking in the upkeep and cleaning of the site, and participating in interfaith prayers on Friday evenings. Then, as first-year students, they are divided amongst various nearby villages and hamlets, where each student is specifically assigned 7 families for whom he/she will serve as a personal physician for the duration of his/her medical education.

Students visit these families monthly and develop strong and transformative relationships with them. This learning model gives them a chance to understand health needs of low-resource populations in the most intimate way, and fosters a deep respect for the ethical values that are at the root of healthcare. The model is so effective, it seems, that most students from Sevagram spend their lives either at MGIMS or in the nearby district hospitals, continuing to serve the rural poor. In fact, the Dean of the school and many Department Heads are alumni of the school. They—along with the other staff and students I met—reflected a genuine commitment to service of the highest level. I was in awe of the lengths they go to in order to improve the quality of life of their patients.

One doctor I met at MGIMS started a sister hospital in a nearby village that had one of the highest maternal and child mortality rates in the country. She spends half of the month there, providing much needed medical care, and this is on top of seeing her regular and emergency patients at MGIMS.

The Gynecology Department there started a residential adoption institution on campus. After seeing that unwed mothers were often shunned from their communities and sometimes forced to abandon their babies, they started a center at MGIMS where babies and mothers could be housed and rehabilitated, and the babies were helped to find adopted families throughout India.

I still can’t define “service” in a clean sentence, but the students and practitioners at MGIMS are the best example I’ve seen of what service looks like in practice. Service is not just something that these doctors do on the side; service is the guiding principle in their lives. It is from their service that they derive energy, and it is for this service that they wake up every morning. I hope to follow their example even when I return to the States and have my career so harmoniously intertwined with serving others well.

For the past 10 months, I’ve been working at a social enterprise in Bangalore. The city is often referred to as the “Silicon Valley” of India, and this nickname is merited; it’s saturated with innovative startups all trying to tackle a vast array of problems. My host organization, BEMPU Health, is no different. We create medical technologies for newborns in developing areas of the world. Our first product on the market is the BEMPU Hypothermia Alert Bracelet, an innovative bracelet that monitors a newborn’s temperature 24/7, alerting caregivers when the baby becomes hypothermic. 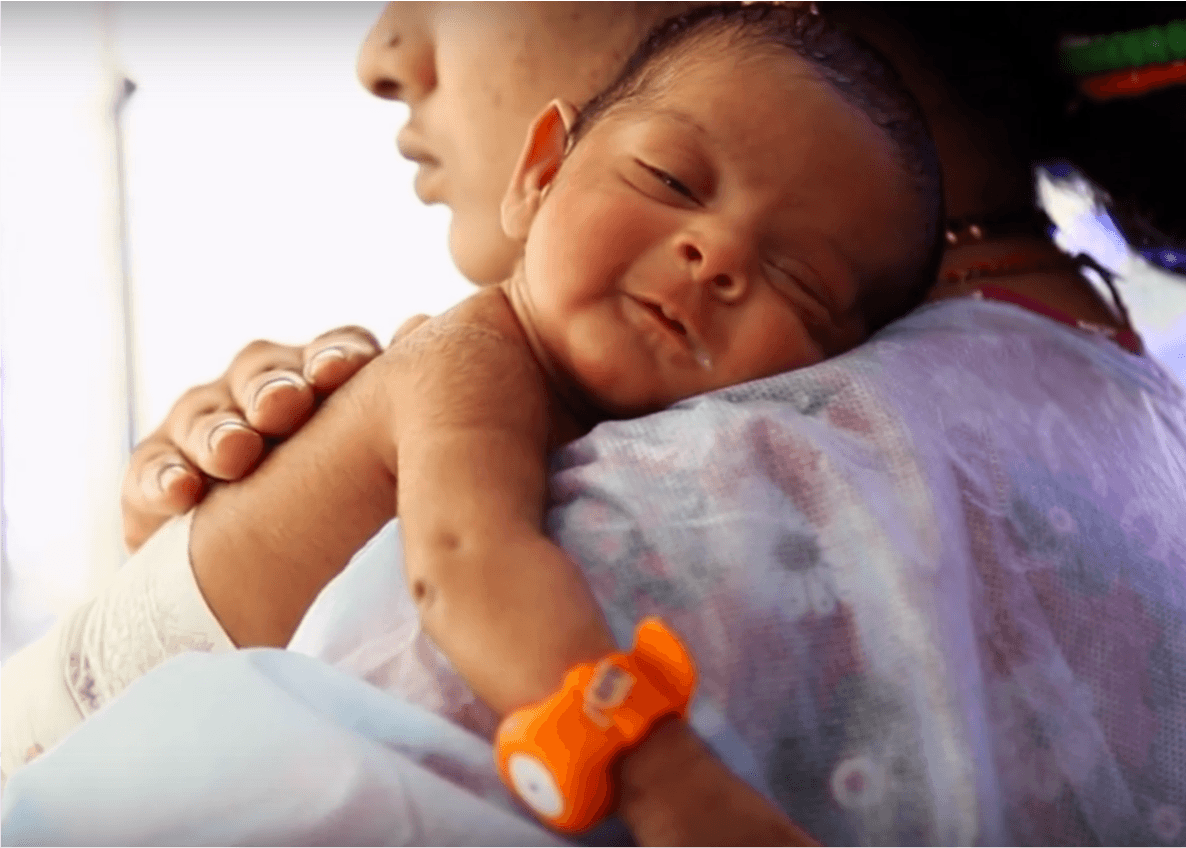 During my time in Bangalore, I’ve had ample opportunity to think about innovation. Prior to coming here, I often associated “innovation” with something tangible, such as our Bracelet. While our device certainly fits the definition of something that is innovative – it’s a new way of approaching the problem of neonatal thermal care – I’ve realized that it’s remiss to have such a narrow concept of “innovation.”

One of the biggest challenges I’ve faced in my work with BEMPU has been the issue of “loss to follow-up.” When we run clinical studies to test and improve our Bracelet, we enroll patients as they are being discharged from the hospital and measure the baby’s growth over the course of 4 weeks. Critical newborns are supposed to be brought back to the hospital weekly for the first 4 weeks after discharge, but a lot of times, families just never return to the hospital. When this happens, we don’t get any data, which makes it hard to progress with the study.

Seeing this challenge occur in our studies all around the country, and reading about “loss to follow-up” as a challenge for health interventions around the world, has made me think a lot about the need for innovation not just in the form of products and technology, but also in the form of improved practices and processes. If we are going to make progress on our global public health goals, we will need innovative approaches to improve even the most routine of processes. I sincerely hope that moving forward, investors and foundations will see the value and opportunity in this particular type of innovation.

Something I’m most grateful for during my experience in India has been the opportunity to frequently be an observer. The language barrier has often forced me to take a backseat during fieldwork—a shift from my work in community engagement in the US.

When I attend weekly outpatient office hours at hospitals in Bangalore, I sit in the room as a doctor conducts check-ups for recently discharged newborns. I rarely understand conversations, as they are in Kannada, but without fail, I can understand how the baby is doing and what is going on. I can sense what the parents are feeling and what kind of questions they are asking the doctor.

The past 10 months have been an interesting time in the world, to say the least. We have seen a surge of violence and hate from every corner of the world; each new CNN notification is more disheartening and numbing than the one before, and the vastly opposing views can make it really hard to remember we are all cut from the same cloth. Yet, during the past 10 months, my experience as an observer in Bangalore’s hospitals has restored my faith that there is an underlying commonality amongst humans everywhere. Witnessing intimate moments between families who are simultaneously marveling and worrying over new life has consistently reminded me of the oneness of the human spirit—of the emotions and experiences that connect us despite vast differences in background, language, and context.

Especially in a time as confusing as now, it has given me a lot of hope that there are these human experiences—being a new parent, caring and sacrificing for a loved one—and emotions—pride, fear, love—that transcend cultural and geographic boundaries. No number of acts of hate can change this fact. Not to oversimplify, but this realization helps make the world feel a little smaller, and the prospect of a better world feel closer in reach.

The Women of India

It is no secret that India has its issues pertaining to the devaluation of women, from sex selection and the abortion of female fetuses, to the concept of dowry, to the extremely public cases of rape of women in even the biggest cities in India. My senior year in college, I wrote my honors thesis on the concept of daughter devaluation and gender preference amongst Indians. I would be lying if I said that coming to India, I didn’t have certain thoughts about what it meant to be a woman here.

Actually living here, I have seen that there are definitely problems. Men often stare and seem to get away with things that they shouldn’t. But also, the women here are the strongest I’ve ever come across. Each woman I’ve met—whether intimately or in passing—has been an example of resounding strength. In the process of working with them, learning from them, and listening to their stories, I have been empowered to find depths of inner-strength, resiliency, and independence that I did not even know I had. The women of India are bold and inspiring, and to be frank, they are the ones who keep India functioning. Don’t get me wrong—I have met some of the most wonderful, passionate, caring men here too, but this is an ode to India’s women. From the women who I see sweeping the streets every morning, the helpers cooking families’ meals, the mothers I see doing everything it takes to give their children a strong start, the doctors I work with who put their patients’ health above everything else, the sahiyas (Community Health Workers) sometimes doing the impossible and ensuring safe births and healthy childhoods with the most limited of resources—at every stage of India’s success you’ll find a woman who is committed to doing her job and doing her best to improve her world. While this year has been wholly transformative, it is the woman I have met who have left the greatest mark.