I scrolled through Facebook, looking at pictures of friends in New York, DC, Philly, San Francisco–they were gathered together creating posters for the upcoming Women’s Marches around the U.S. Even though I had just had the best few days with other fellows at our Midpoint Conference–we exchanged stories and challenges, relished delicious dosas each morning, and simply enjoyed each other’s company–I felt a sense of sadness knowing I would be missing out on such a historic moment for America. I longed to be doing my part, marching alongside my fellow women, partaking in what I imagined would be an empowering, cathartic, and momentous day. I was lost in these thoughts as we drove through Jharkhand–despite the often uneven roads, the panoramas were stunning–where I, along with nine other fellows, was attending the Public Health Thematic Conference.

Before I realized, I was lulled to sleep, only to wake up in Jamshedpur. We were spending the next three days there with MANSI, AIF’s Maternal and Newborn Survival Initiative. MANSI utilizes a public-private partnership model to provide the resources and support required to empower local communities to care for their mothers and children. The main facet of their program is training and supporting local ASHA community health workers (called sahiyas) to provide quality home-based care for mothers and newborns. In five years of training that combined both skill and knowledge building of the sahiyas, MANSI reduced the neonatal mortality rate in the Seraikela block by 46%! 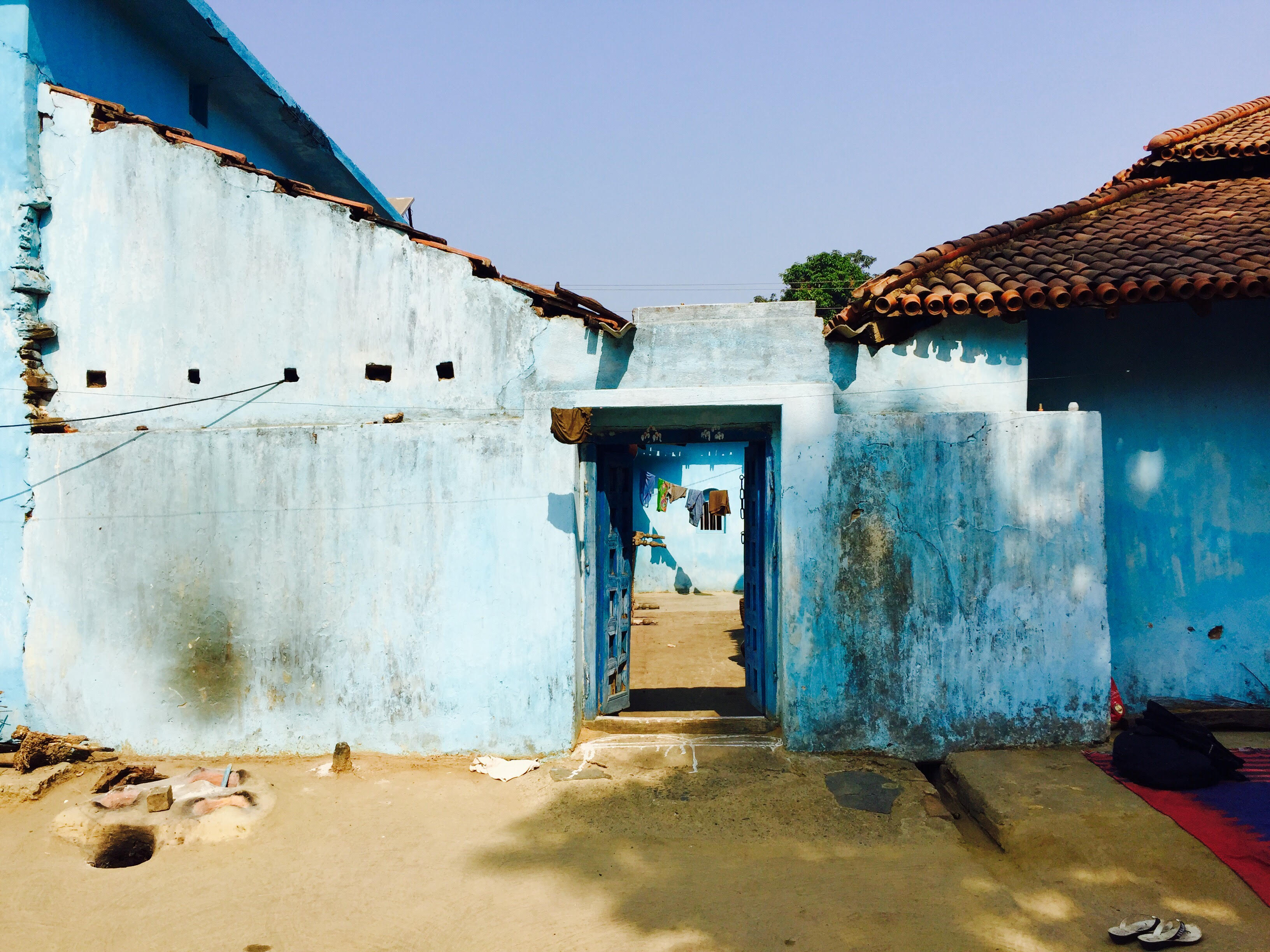 Being in India has challenged me personally and professionally in ways I couldn’t have predicted. It has forced me to be critical of what I thought I knew about social impact and public health. At times, it has left me feeling overwhelmed, beaten down, and helpless; and, at other times, it has uplifted me and given me new insight and direction. My entire time in India has been transformative, but it was the three days I spent with MANSI that were the most powerful so far. I don’t think I will ever forget the bright blue houses of the Dhatkidih Village, or the stillness I felt when sitting in Dungrithi, a hamlet of 11 households only reachable by foot. But foremost in my mind is Babita, the sahiya I met on my first morning in the field. 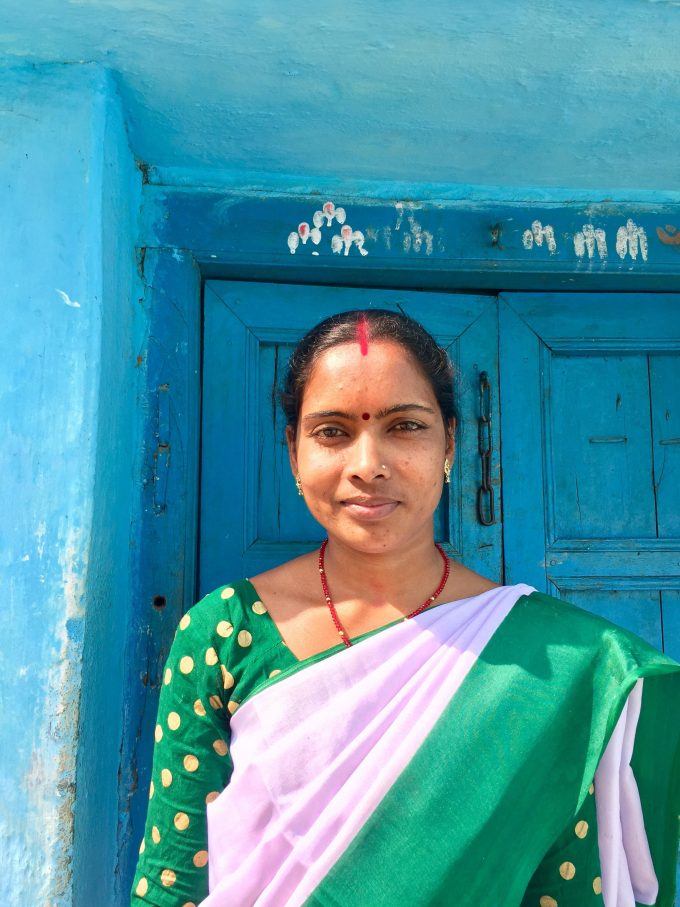 Babita has been serving the Bhalukpahari Village since 2010. Upon meeting her, I was taken aback by her elegance and warmth. Sahiyas all wear white and green saris–a mark of their role in their communities–and the one that Babita wore was simple but stunning. Not only this, but she carried herself with such grace. She had the quiet confidence of a woman who knows her purpose and has understood the depth of her own capabilities. This isn’t something I have seen often. As she explained her process of tracking pregnant women in her service area, and took us through the questions she asks during antenatal and postnatal visits, I was in awe of her diligence and immense knowledge of not only the subject matter, but also of her community.

As we spent the day with Babita, it became clear that in her time as a sahiya, her own life had changed for the better, and also, she had become a champion for the women and children of the village–including her own. She told us about how her youngest son aspires to be a doctor after accompanying her on neonatal visits and learning about the different techniques and medicines that can heal sick babies. When he saw an ad for a private school nearby and wanted to attend, Babita worked extra jobs and made it happen for him.

She told us the story of a young mother who had given birth just weeks before; the young woman’s husband and mother-in-law would not accompany her to the health center for the birth, and afterwards, wanted to keep her and the baby in the crop shed outside of the house. In this particular village, it was believed that the woman and child are untouchable for some time after the birth. These conditions are not only detrimental for the health of the baby, but the isolation can contribute to the depression and poor health of the mother. Babita was the one who accompanied the mother to the health center for her birth, and then convinced the woman’s family to keep both mom and baby at home by educating them on proper postnatal and newborn care.

We were able to go with Babita on a home visit to this same family. We watched as Babita carefully washed her hands and held them up to dry in the sun before weighing the baby and helping the mother properly swaddle him. Though the mother was shy, it was obvious how comfortable she became with Babita there. She lit up and was conversing and laughing freely. Even her mother-in-law, who had an extremely intimidating presence, listened to Babita’s instructions. Their trust in Babita was visible. 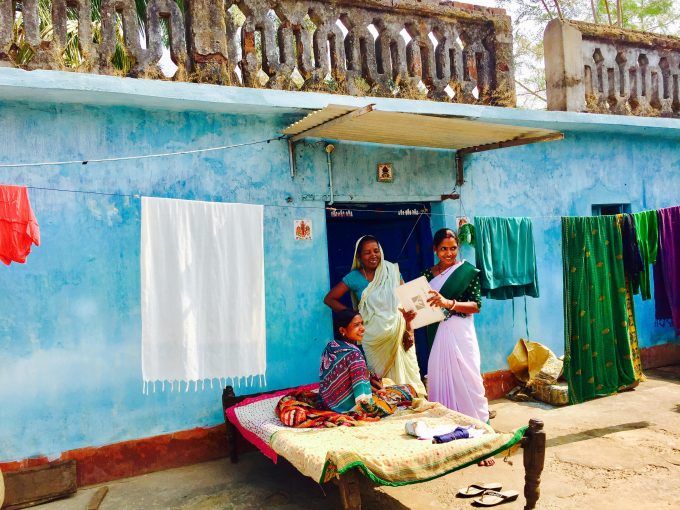 When I asked Babita what she liked most about her role as sahiya, she told me, “I like being helpful–I am able to actually save newborns in my village. I feel proud that people come to me and trust me, and that medicine is safe from my hands.”

I have always believed in the power of women. It is a plain fact that when we invest in women, we invest in the improvement of communities and nations as a whole. Melinda Gates once said, “When we invest in women, we invest in the people who invest in everyone else. Women tend to spend their resources on their families–prioritizing things like healthcare, nutritious food, education, and all the building blocks of a thriving society.”1 On a personal level, I trained as a birth doula because it has been proven that when women support other women through pregnancy and birth, the birth outcomes are vastly improved. These are things I have always known, but it was when I met Babita that I was reminded of the power of a woman to truly change her world.

I missed being at the Women’s March last week; but, I think I was right where I was supposed to be. Seeing Babita’s strength, quiet confidence, and resolve to serve her community brought out my own tenacity and determination to work–harder than before–to empower women here in India and at home. 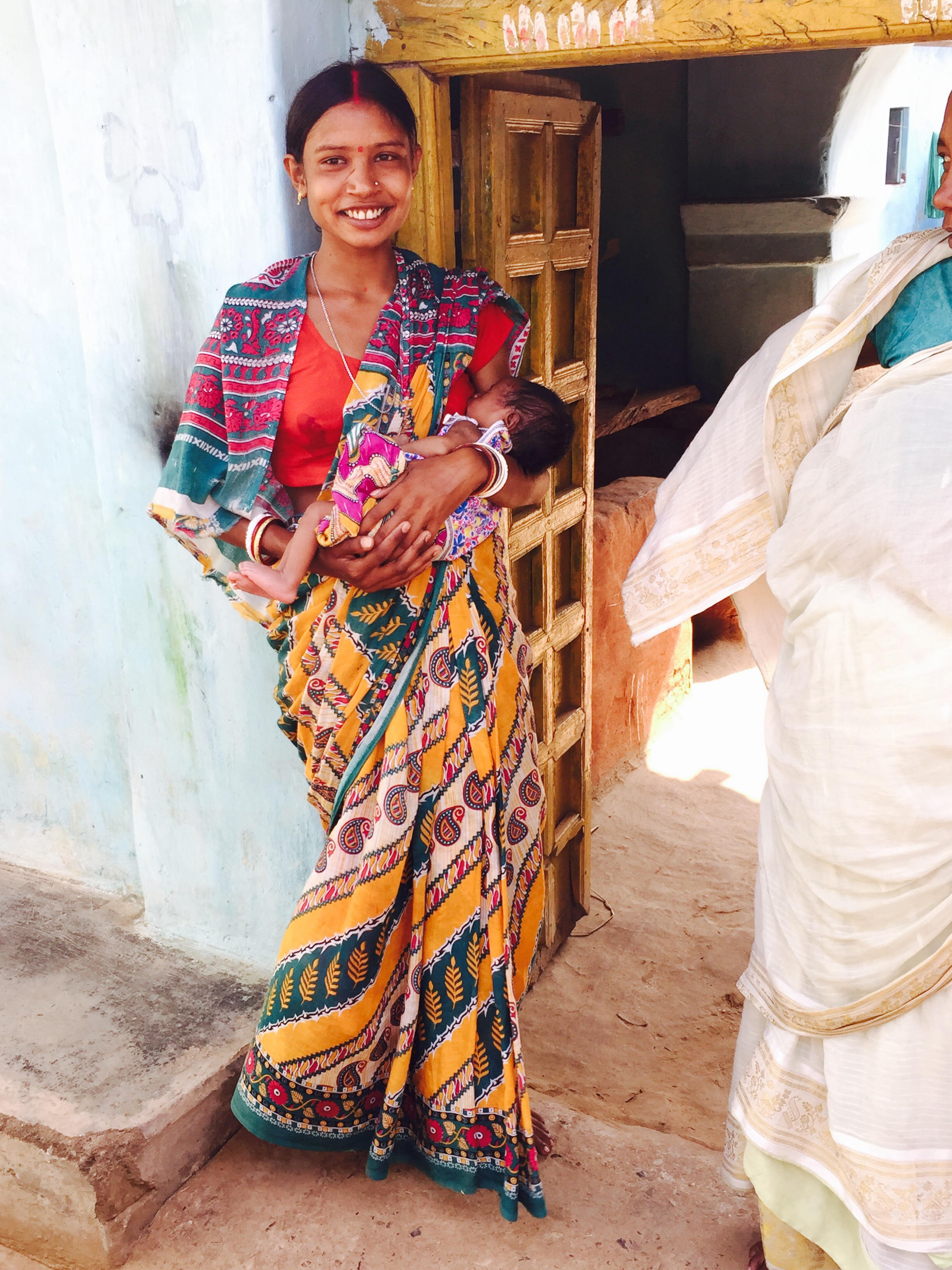 2 thoughts on “Thank you, Babita”