“Our Constitution fathers did not intend that we just set up hovels, put students there, give untrained teachers, give them bad textbooks, no playgrounds, and say, we have complied with Article 45 and primary education is expanding…They meant that real education should be given to our children between the ages of 6 and 14.” 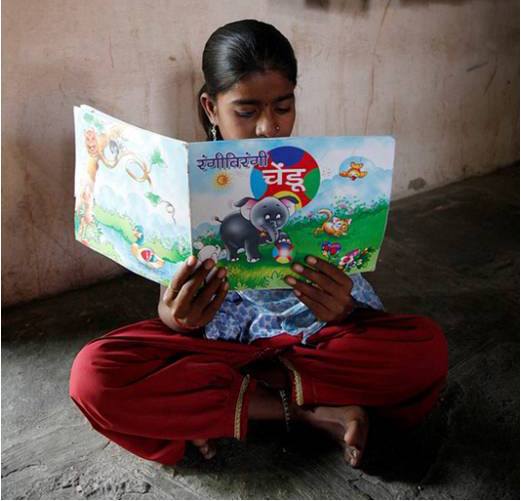 It is somewhat incredible that fifty years after M. C. Chagla rued the state of Indian education, after funding and development, the problems seem to have barely changed at all.  India has seen a steady increase in primary school enrollment over the last decade– as of 2013, over 96% of rural Indian children of primary school age had enrolled in the schooling system, up from hovering around 80-85% in the early 2000’s.

However, many of these students leave – a UNESCO 2012 report[1] shows that 13.54 million South Asian students leave school before completing their primary education. This problem presents in increasingly large proportions too – to take one state as an example, in 2013 over 14% of female students between the ages of 7 – 16 went missing from school in Maharashtra, as opposed to 11.7% in 2012. Thus, it seems that although the prevalent ethos and the legislation (including the Right to Education Act of 2008) in India nearly guarantees that every Indian student will start schooling, it does not yet have the abilities to ensure that the environment to actually attain an education exists.

The effect of this problem is indeed exacerbated where women are concerned, as effective literacy rates in 2011 was at about 82.14% for men, versus 65.46% for women. So why do girls, in particular, leave school?

There is obviously no single good answer, nor is there conclusive data to show us which factors relatively impact girls the most. However we can identify a range of possibilities that could suggest specific reasons for the marginalization of girls from the schooling system.

To start with, girls are expected to contribute to the household far younger than boys are – the implicit understanding being that a girl is being trained for a role as a wife, mother and daughter-in-law, whereas boys are being trained for an occupation. Girls get married younger than boys do – a Harvard School of Public Health survey[2] conducted studies in Gujarat looking into rates of child marriage, and found that of girls aged 14-17, 37% were engaged and 12% married. On the other hand, for boys in the same age range, only 27% were engages and 3% married. The same study found strong correlation between marital status and school attendance rates (in which marries children were over twice as likely to not attend school than single children), but also marriage proved to be worse for the educational prospects of girls than boys.

Besides, families often think that the cost of education, both monetary and psychological is wasted on a girl because of her decreased earning potential and this selfsame expectation of domesticity. The economic benefit thereof is not immediately apparent to most families.  Overall, the expectation of the girl child’s participation in family life seems to be a hindrance in her participation in schooling.

Safety of girls travelling alone is a major concern for Indians – the prevalent discourse surrounding recent events has brought to the forefront a longstanding problem. We also see a fear that educating girls causes excessive independence, and this is seemingly manifested in the attitude that parents take to a girl’s education.

In a recent article[3], the Guardian told the story of a girl in Delhi who was being taunted by boys on the way to school. She was afraid to tell her parents, for she thought that they would prevent her from attending school if she did. She was right – her family was, in the words of the author, ‘worried about the effect on their “honor” if she was sexually assaulted.’ These stories are not isolated; rather, this is an endemic and very gendered problem in economically disadvantaged India, be it rural or urban.

The Right to Education bill has set forth some norms and standards in this regard – it codifies expectations and requirements of norms and standards relating inter alia to pupil-teacher ratios buildings and infrastructure, school-working days, teacher-working hours. Therefore we do see legislators are at the very least, considering this area of concern further. It is also one of the easier aspects to tackle, as it falls within the purview of Education Departments in the Centre and in States. However, it is commonly perceived that girls suffer for various reasons from the lack of infrastructure much worse than boys do—for instance, as of 2012 40% of all government schools lacked a functioning common toilet, and another 40% lacked a separate toilet for girls. This in fact creates even more reluctance to allow for girls to be educated.

Although including girls in the scheme of Indian universalized education, these causes seems to make one thing clear – the causes are ingrained in systems that are larger than education. While temporary solutions are rampant and popular, it will take attention on the long-term scale to ensure that girls across India are able to freely, safely, and consistently attend school and access an education.

[3] Rachel, Williams. “Why girls in India are still missing out on the education they need.” The Guardian, March 11, 2013. http://www.theguardian.com/education/2013/mar/11/indian-children-education-opportunities (accessed July 24, 2014).