Before I truly understood the definition of fair trade, I knew the principle of fair trade that meant the most to me: #6 – No Discrimination, Gender Equity & Freedom of Association. It took me a long time to identify as a feminist, and to understand that my feminism is intersectional, that it cannot exist without inclusivity and equity across race, class, ability, sexual orientation, and gender identity, among others. Of the 47 interviews I completed across my five field visits, I conducted 22 interviews with women.

Bridging gender inequity is a driving force behind the livelihood programs of the fair trade movement in India. Deepanshu Mohan, assistant professor of economics at Jindal School of International Affairs, created ten charts of World Bank data, which demonstrate the scope of this challenge: 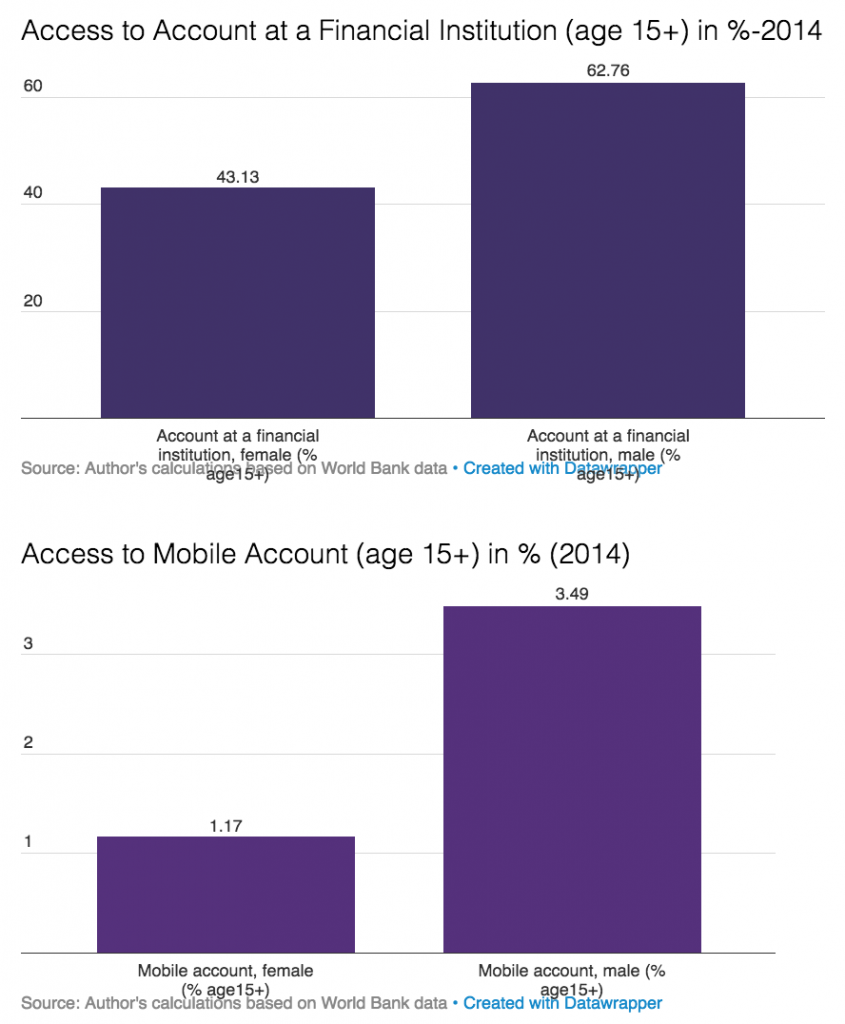 These numbers and charts demonstrate cleanly the “challenges” for women in India. My goal this year was to expand my understanding beyond these “numbers.” It is too easy to forget the humanity of a country, a community, an entire gender, if all you consider are the numbers that allegedly define them. Here follows are some of the “Female Faces of Fair Trade,” a catchy title to group some of the women I got to get to know this year, who were generous enough to share their stories:

Srishti is a young development professional herself from Delhi, who decided to leave behind her well-paid marketing position in Singapore to live and work in Kumaon for Kumaun Grameen Udyog (KGU), a rural livelihoods program in Uttarakhand. She was my translator and facilitator throughout my visit to KGU, and one of a few people I met and interviewed  during my field visits who were around my age, with similar life experiences to my own, who decided to commit to living and working in a community unlike the one they had grown up in. Srishti helped me connect even more with the KGU members because of the sincere effort she put in to get to know all parts of the organization. Because she cared about and already worked hard to get to know the people of KGU who she brought me to, and we ourselves had a shared background, she helped me bridge the gap between myself as an outsider and my interviewees.

Malati is the Head Chef at the Equitable Marketing Association (EMA) in West Bengal. Our conversation was one of my first, most challenging, and favorite interviews on my own. She is not a handicraft producer or artisan herself, but the wages from the fair trade organization allows her to work in what she loves, making food, instead of a more intensive employment, such as farming, that many people in the area work in. Her interview began bumpy, as I struggled to explain the interview format that makes the editing/video creation process smoothest. The interview started outside, but had to be shift inside due to noise. Then once we shifted in, I had inadvertently placed us in the middle of noisy, necessary meal preparation. Everyone got frustrated at some point, and I was fairly certain this interview would not be usable. With her patience and our shared persistence, we pushed through and finished the interview. When I began to edit the material, her experiences came through so clearly. She skillfully expressed the specific, tangible impacts of working at EMA: the house she was able to build for her family, her undesirable employment alternatives, and the changes in clothes and food quality she chose and bought for her family.

Dodamma is a lacquerware craftsperson for SHILPA Trust – the Self Help Initiative Linking Progressive Artisans – in Bangalore, Karnataka. SHILPA started as a producer group, led by producers themselves, to eliminate a “middle man.” It serves as a resource organization to assist and connect artisans in the traditional crafts in the area: woodcarving, lacquerware, screenprinting, batik, and more. Their lacquerware and woodcarving artisans are predominantly male, and Dodamma is a part of a group of women SHILPA trained in this craft. Dodamma’s story flipped my perception of SHILPA. Speaking with many of the artisan members, SHILPA has played a big role for artisans to continue practicing their families’ traditional crafts in a way that is financially sustainable. I already knew SHILPA sought to break tradition by eliminating a need for potentially exploitative middle men and establishing market linkages for between the artisans and buyers, along with scholarships for their children and health insurance. Dodamma’s conviction for her craft and the impact on her ability to provide for her family, made it even more clear to me that SHILPA sought to make these handicrafts more accessible and inclusive for those who may not be considered “traditional craftspersons.”

Kara, a recent political science and international affairs graduate of Northeastern University, fell in love with India during a month-long academic trip focused on the impacts of climate change and resilience efforts around the subcontinent in 2014. She returned the following year to lead the next group of students. Armed with her appreciation for storytelling and journalism experience at an anti-corruption media organization in Bosnia and Herzegovina and for an environmental organization in the U.S., Kara will work with Fair Trade Forum - India and Fair Trade Connection as an AIF Clinton Fellow to amplify the voices of fair trade organizations and their impacts on the artisan and farmer communities around the country.

One thought on “The Female Faces of Fair Trade”