The WHO defines the social determinants of health (SDH) as the conditions in which we are born, grow, work and live. Social phenomena like social, economic and political marginalization also determine our health conditions. There are many disturbing and fascinating examples of how our bodies internalize discrimination and privilege. The documentary series Unnatural Causes explains the cumulative effect of SDH as a health-wealth gradient. Imagine a ladder of socio-economic status upon which every rung from the top is associated with poorer health. Rather than just impacting the rich and poor as wealth increases, health outcomes do also.

This health-wealth gradient corresponded with up to a 10-year difference in life expectancies between high, middle and low-income neighborhoods. Racial and gender inequality add additional health burdens. Researchers have found that one reason for this difference is that discrimination creates chronic stress that wears down the body, resulting in more disease and earlier death. The United States has the highest income inequality when compared to other developed countries and the worst health. Check out the full documentary series here if you’re want to learn more, I highly recommend it.

Interestingly, the same social forces impact the diagnosis of non-communicable diseases (NCDs) globally. The initial understanding of NCDs was that they only impacted wealthy people that could afford sedentary lifestyles and excessive unhealthy foods. Many low and middle income countries (LMIC) do not have an NCD surveillance system, so researchers analyzing NCDs often relied on self-reported data. Vellakkal et al. (2013) explains that relying on self-reported NCD data biased the research, associating wealth with NCDs. This method is biased because lower income people are less likely to have access to healthcare and thus to receive and report a NCD diagnosis.

Vellakkal et al. (2013) compared the prevalence of NCD between self-reporting and using standardized testing criteria and found significant differences between the data collection methods. The findings were that certain NCDs that were thought to be prevalent in high SES groups based on self-reports were either higher in low SES groups or did not show a correlation between SES and NCD prevalence when standardized testing methods were used. This SES bias in assessing NCD bias significantly impacts global health policies.

Gender, like SES, also impacts health outcomes. Shakya-Vaidya et al’s (2014) study assessing NCD awareness among healthy men and women and those diagnosed with an NCD in Nepal highlights differences in the efficacy men and women they have over their health. Women in this study reported that power dynamics within their traditional families made it difficult or impossible for them to follow their doctor’s orders of exercising. They are expected to be working, on call or available for their families at all times. One 44-year-old woman with diabetes explained that prioritizing her needs directly hurt her family.

Forget about in-laws; if I start taking a one-hour walk every day, even my children will not be happy with me. Everyone at home expects me to have their food, clothes, tea, and snacks ready for them in time and if I start taking care of myself I will be late for all these household chores. If I really want to change my lifestyle, I will have to ignore the happiness of my family. I am not sure whether I should do this for my health (Shakya-Vaidya et al, 2014).

Conversely, a 43-year-old man with diabetes described having to make time to exercise without describing any such limitations on his time or ability to take care of his health.

I know that changing lifestyle is essential for me if I want to live better and have a longer life, so I have no other option than to follow the doctor’s advice. I am trying to do exercises and control my diet. At least 4/5 times a week I am doing exercise if not every day (Shakya-Vaidya et. al, 2014).

Understanding this difference in control that men and women have over their time and health is critical to designing successful health programs. In this article, doctors gave the same advice of exercise and diet to diabetic men and women without considering the barriers that gender expectations are creating for women. You can read about a friend of mine facing similar barriers in caring for her health in this blog post.

I recently met with another Darjeeling NGO about partnering on the NCD program for tea workers. The NGO echoed this idea that women in rural Darjeeling simply do not have time for their health. She explained that women are constantly busy, looking after their in-laws and children, cooking, cleaning, farming and potentially working outside the home as well. The government hospital in Darjeeling provides free care and part of this NGO’s work is connecting below poverty line (BPL) people to existing social benefits. However, the NGO consistently gets feedback from BPL women that they do not have time to wait in line for several hours at the government hospital.

Luckily, these are challenging but not insurmountable problems. Long et. al’s (2014) cross-sectional study of women in West Bengal found that despite poor health predictors like inadequate understanding of health issues, low rates of contraceptive use and high rates of unwanted sexual experiences, some women had positive health outcomes. These women were termed “positive deviants” – a positive deviant is someone who breaks the status quo in a healthy way. This study explored what made some women positive deviants and thus enabled them to have better health outcomes despite very difficult circumstances. 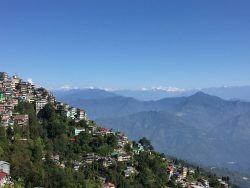 The researches found that when women are able to earn their own income, have access to information via media and have marginally higher education than their peers, they are more likely to be positive deviants and successfully overcome the barriers that predict their poor health. Enhancing these behaviors could dramatically change women’s efficacy in regard to their health. The positive deviant model is exciting because even under very adverse circumstances, women are finding ways to navigate SDH. Poor, uneducated women are not generally given credit for the amount of skill and ingenuity they employ to survive. Instead, poor people are often blamed for being poor. Similarly, it’s easy to ignore SDH and blame NCD patients for their conditions, especially as they are related to lifestyle. Understanding the context of people’s lives and how social forces are shaping their health undermines this blame and encourages outsiders to see patients as a full people and address their health needs accordingly.

Yasin is excited to explore, live and work in West Bengal. Her goals are to gain a practical understanding of how to overcome structural inequality and provide sustainable public health services. Prior to AIF and after completing her MPH, she participated in an Urdu fellowship in Lucknow, India. She is excited to combine her Urdu/Hindi with Public Health.