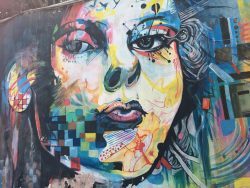 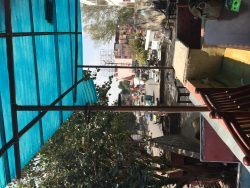 Within a few kilometers of the seven wonders of the world, Taj Mahal, lies a small cafe quietly tucked away in a corner of Agra. The cafe’s name is Sheroes Hangout, and it seems just like any new-age cafe catering to tourists, offering different types of foods, drinks served in mason jars, with some interesting decorations on the wall. In fact, most of the customers are tourists, so it seems just like a regular cafe catering to tourists.

But once you descend in the cafe, before you can even eat the meal, you are shown a documentary. Then you notice the staff, and that almost all of the staff has some type of scarring on their face. As you open the menu, you realize that the menu has no prices, but you are to pay what you can offer. Then you realize all of the posters on the walls are not just decorations, but are there to send a message. This message is to stop acid attacks. The documentary mentioned above is about the journey of the founders, all acid attack survivors, and how they started this small cafe. The documentary also talks about how the acid attack survivors were targeted by acid.  Sheroes Hangout is not just a regular cafe – it is a cafe founded by acid attack survivors. All of the workers in this cafe have somehow overcome their hardships and started this cafe to show the world, themselves, and their attackers, that they matter.

Sheroes’ (transliteration) female heroes serves as the symbol of perseverance. Perseverance against one of the most heinous crimes, an acid attack, that countless women have undergone. Though official statistics estimate that over 500 attacks took place in 2015, it is estimated that that over 1,000 acid attacks take place in India as acid attacks are largely underreported. [1] Acid attacks in India primarily target young women over refused sexual advances, land disputes, producing only daughters, rejected marriage proposals, among others. [2] One of the most shocking elements of this crime is that 83% of these crimes happen in public spaces. [3] In the documentary, one of the women and her daughters were attacked with acid by her husband and mother-in-law because she had only given birth to girls. She lost her eyesight in one of her eyes due to the attack.

Acid is readily available as they are used to clean toilets, needed in car mechanic shops, and used in jewelry making. [4] These acids melt skin tissue, often exposing the bones or dissolving the bone below the flesh. [5] As a result of these attacks, many victims lose the sight to one or both eyes, suffer debilitating physical burns, undergo severe psychologically trauma, face severe ostracism from the society, are forced to stop their schooling and jobs, and become essentially housebound. [6]

In 2013, the Indian Supreme Court passed a law specifically for acid attacks based on the public interest petition, Laxmi v. Union of India. [7] This law made the following recommendations: restricting the sale of acid over the counter, directing states to provide Rs. 3 lakhs (approximately $3,500) to the victim, requiring state and private hospitals to provide free medical rehabilitative treatment to the victims, and establishing an acid attack as a separate criminal offense. [8]  There are many criticisms of this law, specifically by acid attack survivors, particularly over the amount given to the victim as the amount 3 lakhs is only sufficient for surgery, as victim of an acid attack often require over twenty to thirty reconstructive surgeries to recover. [9] Moreover, this law is still not being implemented in practice as acid is readily available over counters for less than 50 p per liter, and there is lack of clarity surrounding which department of the state is responsible for providing compensation to the victim, often leaving the victim’s family and friends to burden the costs of the surgeries alone. [10] Also, victims of acid attacks in rural areas often face a grim reality if they are unable to afford the reconstructive surgeries. They are unable to access treatment, as hospitals with burn units are found in big cities; hospitals are reluctant to keep the victims for the time period necessary for them to fully recover. Second, they are forced to drop out of schools and stop their jobs due to effects of acid on their skin as it can further harm their skin if they go under the sun without the proper treatment. They are essentially confined to the house and left dependent on others. [11]

Recently, a law is being passed that allows acid attack survivors to qualify as disabled, thus enabling them to apply for government jobs and positions in educational sectors reserved for disabled individuals. [12]  However, survivors and activists are highly discontent with the law and think of it as a shortcut by the government. Acid attack survivors feel that the law fails to address their basic needs, as most acid attack survivors are still illiterate, require more than twenty surgeries, need rehabilitation for over ten years, and need witness protection since their attackers continue to stalk them. [13]

Sheroes has become a symbol of success for acid attack survivors to not only become entrepreneurs but leaders, and to spread the message across the country to stop acid attacks. All of the women at Sheroes are exactly that, Heroes, who have stood up to to the crimes that they faced and refused to stay a victim. I was deeply moved by my visit to the Sheroes, but I also remembered that places like Sheroes Hangout is a reality for only a small proportional of the acid attack survivors. Many victims of acid attacks are unfortunately housebound, because they are unable to even afford the surgeries required of them to leave their homes and lead semi-normal lives. The only way we can truly make a change for acid attack victims, is to have stronger implementation of the law. This means criminalizing the sale of acid altogether, providing free surgeries to survivors of acid attack, offering them both vocational and educational training, and granting them witness protection.

If you want to learn more about Sheroes Hangout and how to support their cause, you can find them on Facebook. 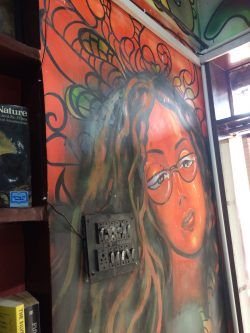 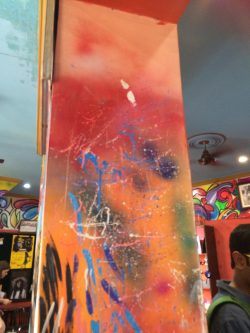 Pious is looking forward towards representing victims of Sexual and gender-based violence (SGBV), a severely marginalized group. She hopes to gain strong interpersonal communication skills and work experience required to be an effective human rights advocate. Pious is excited to be given an opportunity to live in a vibrant society filled with amazing food, culture, and traditions. Prior to AIF, she worked for various human rights organizations both domestically and abroad including UNHCR, Human Rights First, Department of Justice, Human Rights Law Network, among others. She received her Juris Doctorate and Masters in International Affairs from the American University, Washington, DC.