Sahil Aggarwal grew up in Orlando and Dubai, and is currently working in private equity at Riverside Partners based in Boston. Prior to Riverside, Sahil worked in investment banking at Wells Fargo Securities in New York, and received his B.S. in Finance & Business Economics from New York University. Given his background, Sahil was incredibly eager to advise the American India Foundation (AIF) on its absorption of the Houston based nonprofit organization Ek Disha Foundation (EDF). Sahil shares his thoughts about AIF, EDF, his volunteer experience, and how he leveraged his professional experience to the non-profit sector. 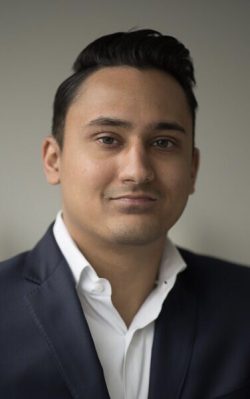 I grew up in a stable two-parent household that allowed me to pursue an excellent education and career. Unfortunately, a young child growing up in a poor village in India who is working to survive cannot say the same. This child did not choose the circumstances into which they were born, and primary education is critical for them to escape extreme poverty. As such, I wanted to support an established non-profit that works to ensure children in India have access to high-quality educational opportunities.

During the summer of 2016, I moved to Boston from New York and introduced myself to AIF’s CEO at a local meet and greet. I informed him of my private equity and M&A experience and that I would prefer to leverage my finance background in whatever way would be most helpful to the organization. As important as galas are for fundraising, I did not pretend to be a master party-planner. I was expecting to assist the CFO with basic finance tasks, but a few weeks later, the CEO asked for my resume and eventually I was asked to advise and lead a potential non-profit acquisition.

I knew nothing about non-profit M&A and had never led my own deal before, but trusted that I had enough of a foundation to help. So I flew to Chicago a few weeks later for an initial meeting between both parties and researched the non-profit M&A sector. Similar to the companies I frequently encounter in private equity, EDF was at an inflection point that needed financial and resource support to scale, and AIF could expand its national footprint by tapping into the Houston donor market.

Given the strong strategic rationale for both organizations, I found myself drafting process letters, sending diligence requests, overseeing pro-bono counsel, structuring the transaction, negotiating acquisition terms, presenting to AIF’s Board of Directors, and managing personalities. After the initial meeting in Chicago in November 2016, I along with AIF, EDF and Jones Day drove the process to conclusion, and we were excited to announce the transaction in April 2017. This opportunity has even led to additional volunteer roles for me within AIF.

As I reflect on my experience, I strongly encourage future M&A consolidation within the non-profit sector to increase efficiency ratios, and non-profit management teams should proactively source deals. I also appreciate this was an unusual chance to leverage my skills beyond a traditional fundraising or back office volunteer role. However, volunteers should recognize that they too can go above and beyond in unique ways so long as they raise their hand. 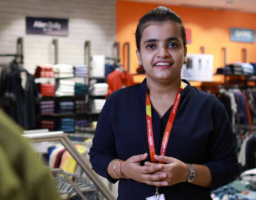