My first visit to the Marble Palace in Calcutta is vividly etched in memory: The zoo, India’s oldest, with animals from all over. An aviary that would match any on the planet. The works of sculpture, the furniture, and the chandeliers. And, how can I ever forget, the works by Joshua Reynolds, Titian, Murillo, and Peter Paul Rubens that adorn the walls.

Contrary to what the name suggests, the structure is actually the 19th century home of a wealthy Bengali merchant, Raja Rajendra Mullick. (Its name comes from the marble flooring and walls.) Needless to say, I was awestruck by what I saw in that house that day. However, I don’t know if I’d ever have found myself there had it not been for a dear friend from abroad who was visiting me in Calcutta and mentioned reading about it the Lonely Planet Guide. It is embarrassing that having lived in the city all my life, I needed a guide book to lead me to such a site. What makes me feel worse, is that it had never earned a mere mention in a conversation that I’d had with friends in Calcutta.

Fortunately for me, history repeats itself. A few weeks ago I was visiting Ahmedabad with several of my co-Fellows, and the Lonely Planet Guide (great buy, Larry!) led us to two incredibly beautiful and memorable sights: The Adalaj Vav stepwell and Sarkhej Roza. 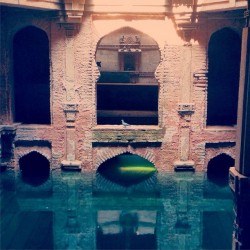 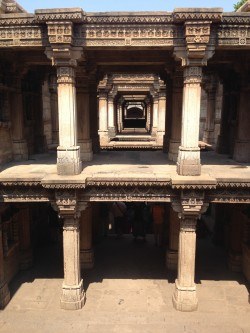 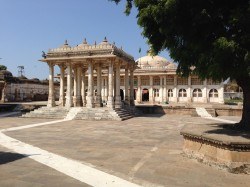 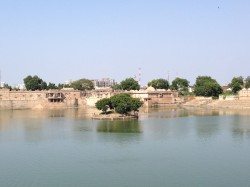 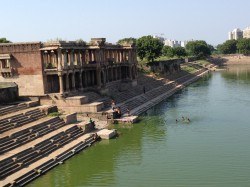 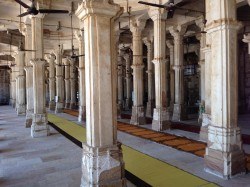 I was speculating, but I had a hunch that both these 15th century architectural wonders have also slipped under the radar for us today.  I asked a few of my Indian friends – they had never heard of either. Here are some select responses to my query:

“No. Have you written their names correctly?” (Yes, I had.)

I found that more sad than surprising. In many developed/advanced countries, that Indians often consider as sources of inspiration,  less impressive monuments are treated as wonders of the world. Here, we take for granted these age-old creations of immense splendour, and deny them even a mention in the mainstream.

While bureaucracy and access rules are another story altogether–the Marble Palace remains a private residence to the remaining family of Raja Mullick, and while entry is free, a permit must be obtained a day in advance from the West Bengal Tourism Information Bureau–it’s an awareness I hope to raise, and an eagerness to share with others the sights we see around us in India. To put it simply, we aren’t talking enough. I’d like to consider this my contribution to the conversation about lesser-known sights in India, which really ought to be better known. I’m positive there are thousands in my country that I have never even heard about, and it really is up to us to make sure that India’s hidden treasures are not left covered in dust and forgotten like Rubens’ Marriage of St. Catherine that resides in a little  North Calcutta by-lane.

Appendix: To learn more about the sights I mention, here are links to your favourite source of information

Mrinal understood the power of Economics as a tool to transform society while working as a volunteer at the Grameen Bank in Bangladesh. Though still in high school, he realized economic development was going to be integral to his future plans. Much later, as an undergrad, he interned with the Omidyar Network, a philanthropic investment firm founded by Pierre Omidyar, the founder of eBay. Here, upon witnessing the huge double bottom-line impact such organizations have, he decided to focus on social enterprise. Mrinal was born in India where he schooled for the first sixteen years of his life. Thereafter he left for London to study at Westminster School. He then moved on to Columbia University in the US, where he majored in Economics. Since he graduated in 2012, he has been working with Booz & Company as a management consultant in New York. While at Booz, Mrinal was heavily involved in their pro-bono partnership with the Clinton Foundation. He ran projects as well as participated on teams with the foundation's affiliate - The Centre for Facilitation of Investments in Haiti.

Mrinal has prior experience working in India through internships with Rare Enterprises, a private equity firm, and 3D packaging, a decorated plastic tube manufacturer.

One thought on “We Need to Talk”