The man in a grey uniform leans over the white plastic divider motioning to his colleague in the adjacent cubicle, his face contorted in a look of amusement, concern, or perhaps a mix of the two.  In a booming voice he asks in Hindi, “How does she have this card?”  I glance on the wall behind the two men who converse about my predicament, unabashed to one another. My eyes scan the curving devanagri script printed on the side of the wall “Awabhaght. Welcome.” I glance around at the lines of people still dazed from cramped seating positions, their internal clocks adjusting to a new time zone.  The air is filled with sticky anticipation to meet what lies outside in the heavy Mumbai air. My eyes fall to the two booklets being held by the man in front of me: the grey booklet on top pictures three lion heads standing on a pedestal with the chakra underneath Satyameva Jayate is inscribed and the gold lettering stating PERSONS OF INDIAN ORIGIN CARD, Republic of India marks the front.  Finally, I pull myself out of my daze managing to say, “Sir, Mere pati Hindustani hein. My husband is Indian.” With something between a smirk and a smile, I am waved into India.

It is a fitting welcome to a country that is full of dichotomies for me: foreign and familiar, welcoming and critical, empowering and demoralizing, and colorful and grey. My senses are flooded with car horns and monsoon rains on the street and I try to get my bearings. After more than a decade of visits, I am not a stranger here. My lifeline is speckled with memories of India- the first time I came to Calcutta and starred out of the balcony window on Ballygunge Circular Road, watching women carrying bricks in baskets on their heads, dirt sticking to their cotton saris; the first Indian wedding I attended, filled with vibrant saris adorned with sequins and beads caught the sunlight, sparkling amidst the harsh brass of the barat; three years later, sitting, eyes thick with kajol in a red bandini sari, my ears heavily laded with gold adornments, I  remember leaning forward as my new husband spread the red crimson sindoor across the part of my hair.  I can conjure the earthy taste of tea, milk, cardamom and clay that makes Calcutta street chai as easily as the tangy, spicy, salt of Maryland Old Bay seasoning from my hometown. 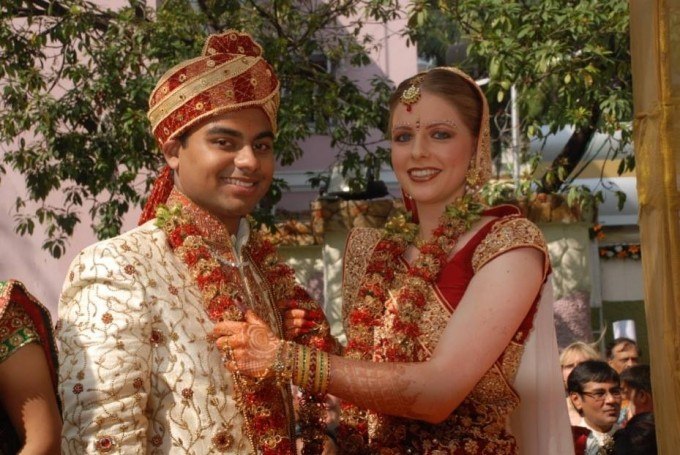 India is a land of dichotomies; wealth and poverty, modernity and tradition, color and grey. Mumbai, the financial capital of India, is also home of the world’s largest slum. In fact, 60% of Maharashtra’s population lives in a slum.[i]  Those with the lowest 10% of household income consume only 3.6% while the highest 10% of household income consume 31.1%.  Income inequality is a tangible piece of everyday life.  Although India faces many challenges for development, there is also a lot of hope.  With a labor force of over 487 million, India is the second largest labor force behind China.  The election of a new prime minister, Narendra Modi brings new hope of economic reforms for India.[ii]

I cannot think of a better place to examine the role of business in the local and global community.  India has a rich tradition of social engagement.  Furthermore, Tata Consultancy Services, whom I will be working with for the next 10 months, has been at the forefront of this social movement in India.  In the words of Jamsetji Tata, founder of Tata Sons, “In a free enterprise, the community is not just another stakeholder in the business but in fact the very purpose of its existence.”  Industries in 19th century India pioneered more than one individual business but an entire sector of the economy.  Started by families such as Tata, Godrej, Bajaj, and Modi, there was a strong sense of needing to give back to the community often through religious establishments.  Mahatma Gandhi championed the concept of trusteeship during the movement for independence, beseeching businesses to manage their wealth to benefit the general population.  Gandhi explained, “I desire to end capitalism almost, if not quite, as much as the most advanced socialist. But our methods differ. My theory of trusteeship is not make-shift, certainly no camouflage. I am confident that it will survive all theories.”  Gandhi called businesses “temples of modern India”, recognizing the historical role of religious institutions in wealth distribution.

The concept of financial stewardship is at the root of capitalist theory, something that is too often forgotten in discourse on the power of the free market. When Adam Smith wrote his theory of the invisible hand, a concept that was to fundamentally shape economic development, he envisioned a system of natural checks on the concentration of power and wealth through the pressure of “common social norms.” By this logic, firms and individuals, dependent on societal approval and support from the local communities in which they were embedded, would adhere to moral codes and follow self-restraint.[iii] Moreover, the commercialization of society achieved the promise of benefiting the poor, not only through lower prices and economy-wide efficiency gains, but by affording the dignity of being judged based on what they contributed to society and not what they took in as charity.[iv]

After the American India Foundation fellows trip to the Ashram Paryavaran Vidyalaya School in the foothills of the Himalayas, I am reacquainted with another aspect of Indian culture that can help these disparate sides of Indian modernity- mindfulness.  Before classes begin each morning, the children look out into nature and take a moment to consider their surrounding and how they are connected to world around them. If only this practice of mindfulness could be instilled in the values of businesses to confront global issues of climate change, inequity, and human rights among others.

This is a defining moment for global business.  In order for businesses to thrive, they must cultivate the social-economic health of the communities in which they operate keeping this strategy as core to the business. Paul Polman, CEO of Unilever argues, “To survive and prosper over the long term, learn how to adapt your business model by making it servant to society and the environment. Not the other way around.”[v] Although the dichotomies in India are challenging to navigate, they are poignant to the point where these extremes cannot be ignored.  This country, with a deep-rooted tradition of trusteeship and mindfulness, provides the opportunity to build on practices that place the community at the center of business strategy.  As I approach the city from the waterfront and the Gateway to India comes into focus, I cannot help but be hopefully about this coming year and what the future holds for India.

Laura has been living in Boston, MA for the last two years getting her Master of Arts from the Fletcher School of Law and Diplomacy, Tufts University. Her graduate coursework focused on corporate social responsibility and business and human rights issues. She has dedicated over a decade of academic, professional, and personal drive towards collaborative approaches to addressing forced labor. At Fletcher, Laura consulted with MasterCard as part of a student-team to research e-voucher systems in humanitarian assistance as part of their corporate social responsibility program. In the summer of 2013, she worked with Verit̩ to organize a multi-stakeholder conference for the Office to Monitor and Combat Trafficking to address forced labor issues in the fishing industry. Prior to Fletcher, Laura worked for six years on democracy and governance programs funded by USAID including anti-human trafficking, anti-corruption, peace building, citizen representation, and civil society capacity building programs in India, Indonesia, Kosovo, Moldova, Mongolia, Nepal, and South Africa.

3 thoughts on “Welcome to India: Finding Hope in a Land of Dichotomies”